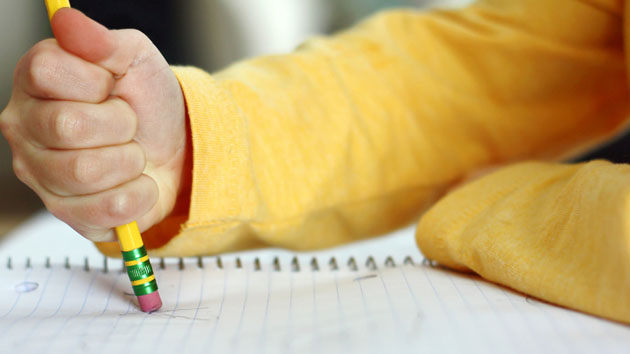 Leave it to a scientist to finally explain how to kill off bad writing.

In his new book, The Sense of Style: The Thinking Person’s Guide to Writing in the 21st Century, Steven Pinker basically outdoes Strunk and White. The celebrated Harvard cognitive scientist and psycholinguist explains how to write in clear, “classic” prose that shares valuable information with clarity but never condescension. And he tells us why so many of the tut-tutting grammar “rules” that we all think we’re supposed to follow—don’t split infinitives, don’t use the passive voice, don’t end a sentence with a preposition—are just nonsense.

“There are so many bogus rules in circulation that kind of serve as a tactic for one-upmanship,” explains Pinker on the latest episode of the Inquiring Minds podcast. “They’re a way in which one person can prove that they’re more sophisticated or literate than someone else, and so they brandish these pseudo-rules.”

Unlike past sages of style, Pinker approaches grammar from a scientific perspective, as a linguist. And that’s what leads him to the unavoidable conclusion that language is never set in stone; rather, it is a tool that is constantly evolving and changing, continually adding new words and undoing old rules and assumptions. “When it comes to correct English, there’s no one in charge; the lunatics are running the asylum,” writes Pinker in The Sense of Style. 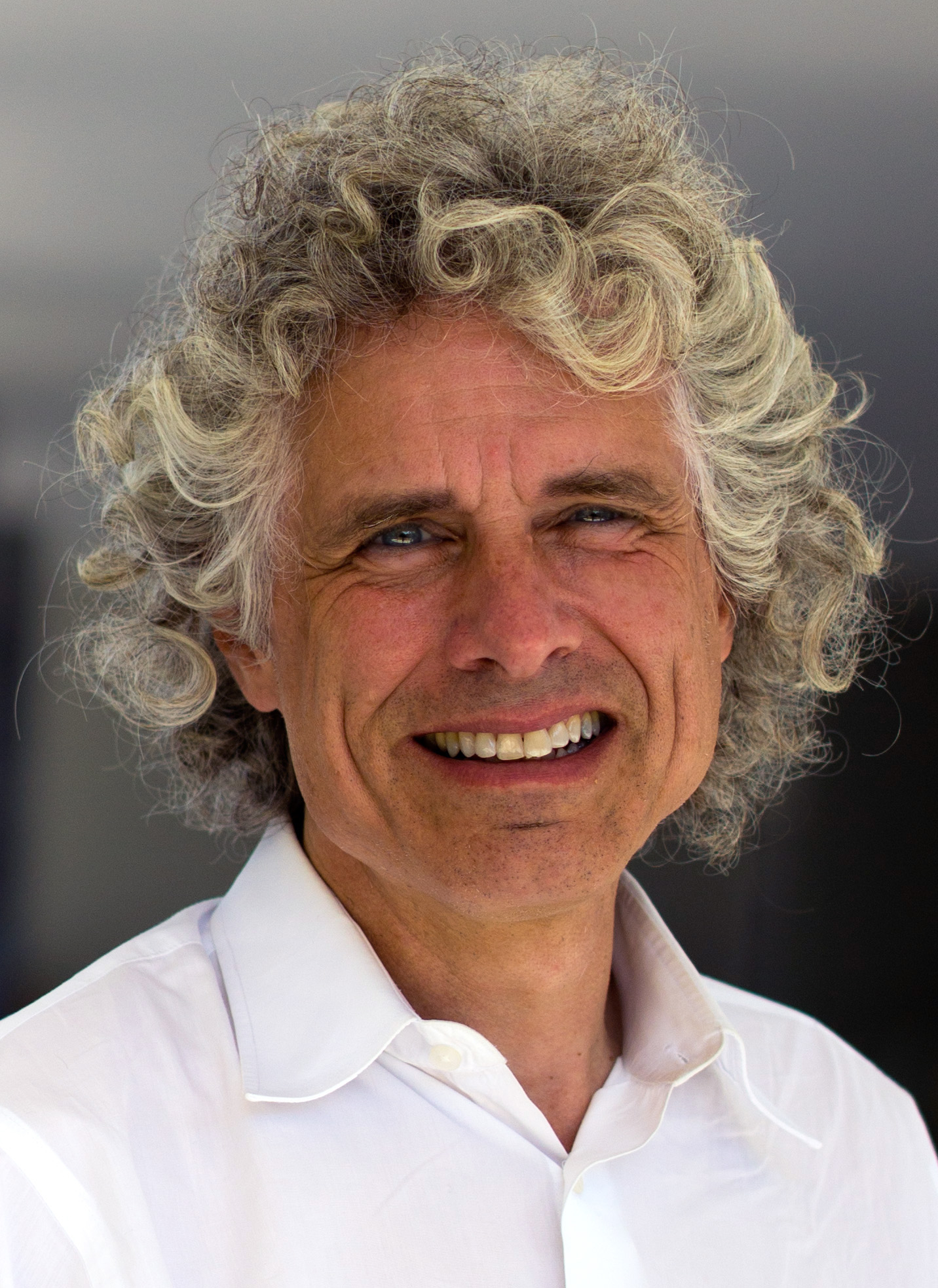 Indeed, Pinker notes with amusement in the book that in every era, there is always somebody complaining about how all the uncouth speakers of the day are wrecking the Queen’s English. It’s basically the linguistic equivalent of telling the kids to get off your lawn. Why does this happen? “As a language changes from beneath our feet, we feel the sands shifting and always think that it’s a deterioration,” explains Pinker on the podcast. “Whereas, everything that’s in the language was an innovation at some point in the history of English. If you’re living through the transition, it feels like a deterioration even though it’s just a change.”

Thus, Pinker notes that in their classic book, The Elements of Style, published in the mid-20th century, Strunk and White instructed writers not to use the verb “to contact.” Look how that turned out for them.

The same framework allows Pinker to explain why so many grammatical “rules” that we all think we have to follow are, in fact, bogus. His outlook is refreshingly anti-authoritarian: You don’t have to follow supposed grammar rules, he says, unless there is actually a good reason for following them.

Here, then, is a brief but highly liberating list of glorious rule-breaking activities that Pinker says you should feel free to engage in:

Do split infinitives. For Pinker, the idea that you cannot split infinitives—for example, the classic complaint that Star Trek was wrong to describe the Starship Enterprise’s mission as “to boldly go where no man has gone before”; it should have been “to go boldly” or “boldly to go”—is “the quintessential bogus rule.”

“No good writer in English has ever followed it consistently, if you do follow it it makes your prose much worse,” Pinker explained on Inquiring Minds.

Indeed, according to Pinker, this is a rather striking case in which the alleged prohibition seems to be mostly perpetuated by urban legend or word of mouth. It doesn’t even seem to be seriously asserted as a rule by any supposed style experts. “This rule kind of levitates in mid-air, there’s actually no support even from the style manuals,” adds Pinker. 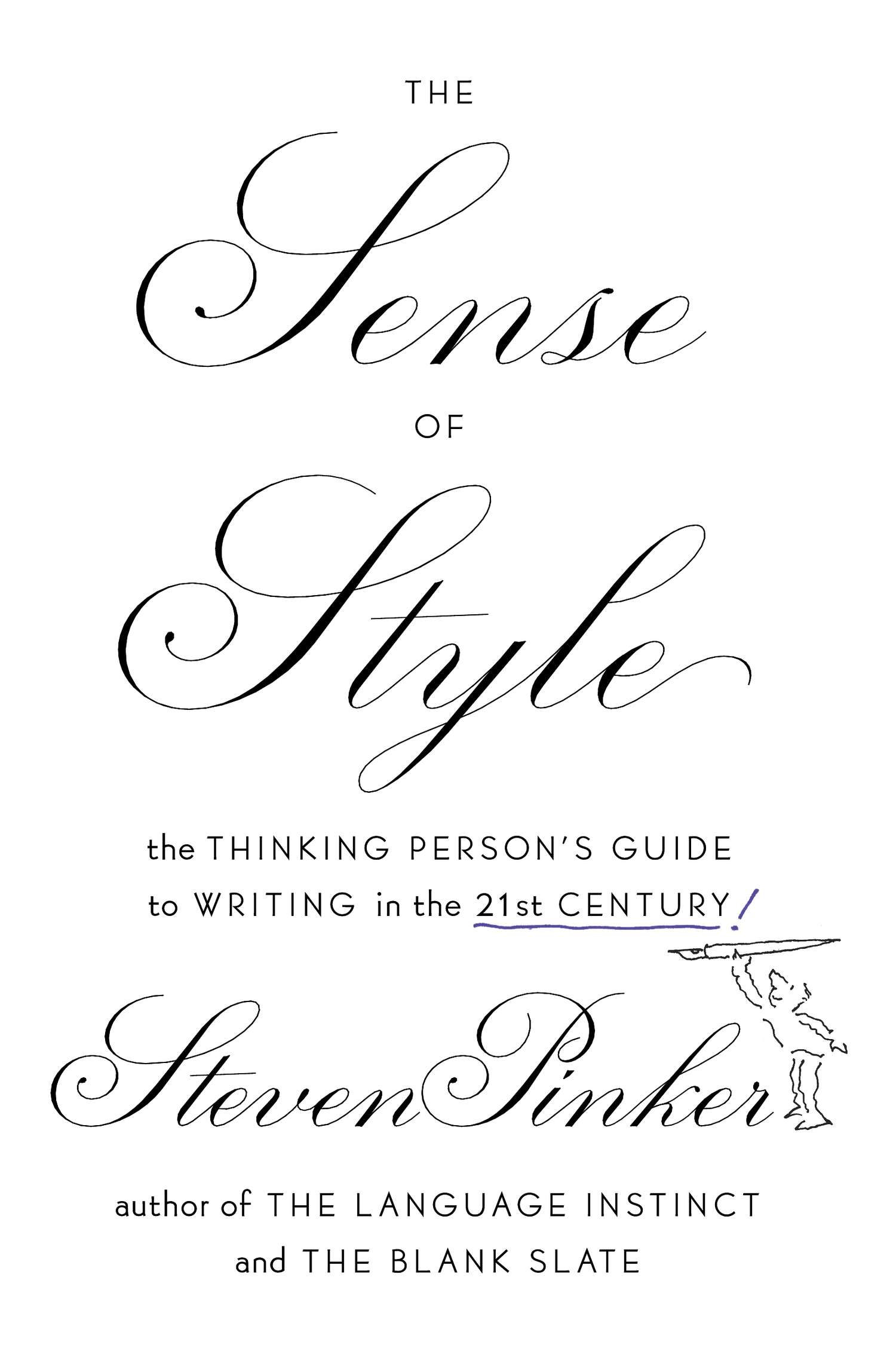 Do use the passive voice (at the right times). We are constantly told that we need to make our verbs active, rather than relying on passive constructions. The passive, Pinker emphasizes, is a voice and not a tense: “It’s the difference between ‘the man bit the dog’ and ‘the dog was bitten by the man,'” he explains. (The latter example is passive.) In this particular example, you really don’t want to use the passive voice; but according to Pinker, there are other contexts in which you very well might. “Linguistic research has shown that the passive construction has a number of indispensable functions because of the way it engages a reader’s attention and memory,” he writes.

One of the uses defended by Pinker involves employing the passive voice to “direct the reader’s gaze.” For instance, sometimes you don’t need to know the name of the person who committed an action, because what really matters—what you, the writer, want to emphasize—is the action. Do we really need to know that “the cook cooked a perfect steak,” or can we leave out the actor here since all we really hope to communicate is that “the steak was perfectly cooked”? Pinker has no problem with the latter construction, assuming that you’re trying to focus attention on the steak rather than who cooked it.

Do begin sentences with conjunctions. Pinker also says there’s absolutely nothing wrong with starting a sentence with “and,” “but,” “or,” “also,” “so,” or even “because.” The idea that this is an offense gets taught early on to kids, Pinker observes, as a way of preventing them from using sentence fragments.

But “whatever the pedagogical merits may be of feeding children misinformation, it is inappropriate for adults,” writes Pinker. These conjunctions (Pinker calls them “coordinators”) “are among the commonest coherence markers, and they may be used to begin a sentence whenever the clauses being connected are too long or complicated to fit comfortably into a single megasentence.” Fragments can be an art. Run-ons a headache. And once again, you don’t have to follow grammar “rules” when those rules have no actual justification.

Do end a sentence with a preposition. And there’s another activity that writers are often told not to engage in. And that is ending a sentence with a preposition (see last sentence). Pinker couldn’t be more scornful: “The prohibition against clause-final prepositions is considered a superstition even by the language mavens, and it persists only among know-it-alls who have never opened a dictionary or style manual to check.”

Seriously: If rigidly followed, Pinker notes, this rule would have you doing silly things like turning “What are you looking at?” into “At what are you looking?” Obviously, the former is highly preferable. There are certainly times when you don’t want a preposition at the end of a sentence—usually when you are discussing something serious, and ending with a preposition would make your tone seem too light—but you’ve got to figure this out on a case-by-case basis.

And yes, you can even use the singular “they/their/them.” Pinker even argues that you can use the following construction: “No American should be discriminated against because of the color of their skin.” Language Nazis would argue here that since “American” is singular, using the plural “their” is a big faux pas. But Pinker counters that Shakespeare used these “singular they” type constructions on multiple occasions, as did Jane Austen. (Merriam Webster cites the following example from Austen: “I would have everybody marry if they can do it properly.”) “It’s been in the language for a long time, and one can even argue that it isn’t really a clash of number agreement,” says Pinker. He continues:

And there are many, many other pseudo-rules exploded in Pinker’s new book. So many that we decided to ask our own Mother Jones copy editor, Ian Gordon, to comment on this article. Pinker remarks on the podcast that an overactive copy editor is what finally pushed him into writing this book, but we’re proud to say Gordon was more enlightened, commenting:

I think Pinker is totally right. Many rules are stupid, especially the ones he highlights. We should understand the language deeply, not follow dumb rules blindly. That said, there’s something to be said about linguistic continuity across a publication, which is part of the reason why crotchety copy editors (hi!) have jobs.

The basic outlook on language and writing from all this? You don’t have to follow grammar “rules” if they don’t make any sense. Some of them just don’t stand up at all; others, meanwhile, are better understood as general guidelines, admitting of many important exceptions.

“It’s very easy to overstate rules,” says Pinker. “And if you don’t explain what the basis is behind the rule, you’re going to botch the statement of the rule—and give bad advice.”

To listen to the full Inquiring Minds interview with Steven Pinker, you can stream below: