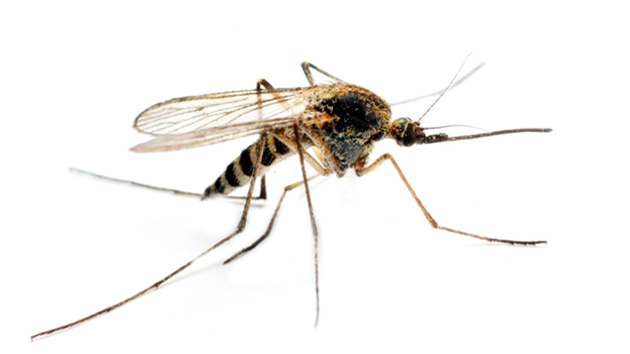 Malaria has long bedeviled those who have sought to eradicate it, particularly in Africa. According to the World Health Organization, in 2012, the disease caused an estimated 627,000 deaths—the majority of those were African children. But now scientists are focusing on a promising new line of research: genetically manipulating the mosquitoes that carry the deadly illness.

On this week’s Inquiring Minds podcast, George Church—a professor of genetics at Harvard Medical School and the author of Regenesis: How Synthetic Biology Will Reinvent Nature and Ourselves—described the cutting-edge mosquito research that’s taking place at his university in Massachusetts and around the world.

In the past, scientists have attempted to control certain insect populations in part by irradiating the males, rendering them sterile. But that hasn’t worked as well with mosquitoes as it did with other species, such as the Mediterranean fruit fly. Genetic engineering, Church says, offers a new, faster tool to more precisely target and create specific mutations. In June, a team of researchers published a paper in the journal Nature Communications that detailed a method by which mosquitoes were made to produce primarily male offspring. Male mosquitoes feed on plant nectar, not human blood, and thus don’t transmit malaria. These mosquitos were shown to be able to interbreed with wild mosquitos (in cages), passing on their genetically engineered traits. Because they produce so few female offspring, whole mosquito populations could simply die off within a few generations.

And in August, Church and his colleagues published papers in the journals Science and eLife describing how a new genetic engineering procedure called Crispr—a tool borrowed from bacteria that enables much speedier and more precise genetic manipulation—could be used to develop mutations in mosquitoes that could be spread throughout wild populations. One approach, for instance, is to create malaria-resistant mosquitoes, which would then pass the mutation down to subsequent generations. “You don’t have to affect that many species or sub-species,” said Church, “because not that many different types of mosquitoes carry the most dangerous types of malaria.” This technique could also be useful for other insect-borne diseases, such as sleeping sickness, dengue fever, and Lyme disease.

Church acknowledges that these ideas are controversial, to say the least. In-depth ecological research and detailed mosquito studies will be necessary to understand any potential unforeseen consequences before releasing genetically engineered mosquitoes into the wild. Such studies will evaluate what plants the mosquitoes (or other vectors) pollinate and whether other animals also pollinate the same plants. And they’ll look at which fish, amphibians, and birds feed on the mosquitoes, and whether these animals have other food sources. Church hopes that the promise of a new weapon against malaria will motivate funders to support these kinds of studies. “We need to fund these basic ecological studies at a higher level,” he says. In addition, the initial attempts to implement this type of malaria-eradication system could take place in a bounded location, such as on an island.

The technology poses other potential dangers, as well. As Church explains, genetic engineering tools are becoming so easy to use that they’re accessible to practically any researcher who wants to utilize them. That’s why Church and his colleagues have produced a series of journal articles that focus on precautionary policy components and specific regulations for the technology. “Almost everybody has some species that they don’t like,” he says. “Maybe it killed someone in their family. It doesn’t mean you know immediately what to do with this powerful technology. Even if your goal is to rectify the situation, there are many ways to do it. We just need to be sure that people are thoughtful.”

To hear more from Church on everything from HIV/AIDS research to efforts to engineer an animal that will closely resemble the long-extinct woolly mammoth, listen to Inquiring Minds below:

Inquiring Minds is a podcast hosted by neuroscientist and musician Indre Viskontas. This week’s episode was guest-hosted by Cynthia Graber, an award-winning journalist who co-hosts the Gastropod podcast. To catch future shows right when they are released, subscribe to Inquiring Minds via iTunes or RSS. We are also available on Stitcher. You can follow the show on Twitter at @inquiringshow and like us on Facebook. Inquiring Minds was also singled out as one of the “Best of 2013” on iTunes—you can learn more here.