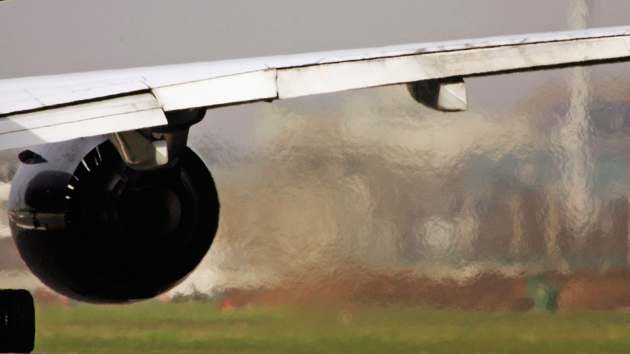 Four flight attendants sued the Boeing Company on Tuesday, alleging that crew and passengers are sometimes exposed to toxic fumes in airplane cabins that can lead to devastating health problems.

All Boeing commercial jets—with the exception of the company’s newest model (the 787 Dreamliner)—use a venting system in which air is pulled through the compressor of the engine to provide pressurization in the cabin. Airbus, Boeing’s rival, uses the same system. When something goes wrong in that process—like a leaking engine seal or an overfilling oil reservoir—air can be contaminated by the chemicals in the oil of the engine, mishaps known as “fume events.”

“Since stepping on that plane my life has been turned upside down,” says one of the plaintiffs.

Cabin air contamination isn’t a new problem—or even one specific to Boeing. A oft-cited 2008 study by researchers for the Association for Flight Attendants and the International Association of Mechanics sought out reports of contaminated air in the US commercial fleet over an 18-month period spanning 2006 and 2007, and found 470 cases. That translates to roughly one fume event on US planes per day.

It is unknown if passengers on the plane suffered from health effects as well. Rainey Booth, the lawyer representing the plaintiffs, says this may be because flight attendants are on board earlier than the passengers (in this case, about 45 minutes before) and some of the health effects are cumulative, leading cabin crew to be more susceptible to health problems over time. “The risk to any individual passenger might be low on a daily basis, but what we know is, every day people in this country are exposed,” he told the Chicago Tribune.

A 2009 report funded by the Federal Aviation Administration found that exposure to contaminants in cabin air “can be responsible for some of the numerous complaints of acute and chronic health effects in cabin crew and passengers.” According to the study, the contamination, which has an oil or chemical odor, typically is noticed during take-off or landing, and reported health effects include nausea, dizziness, slurred speech, shortness of breath, and memory loss. Boeing isn’t the only company facing lawsuits; the BBC recently reported that seventeen former and current cabin crew are planning to sue some British airlines for contaminated cabin air, citing similar health problems.

The complaint filed yesterday alleges that Boeing had been “put on notice more than 40 times that its aircraft was unreasonably dangerous but failed to rectify the flawed design.” Among other evidence, the suit cites an internal email from 2007 in which Boeing engineer George Bates complains about the lack of reporting of cabin air contaminants. “With all the diversions (about 1 every 2 weeks) and Return to Base events due to Haze in the Cabin, I would have thought the FAA would have made the Engine Manufacturers address this by now,” he writes. “Bottom line is I think we are looking for a tombstone before anyone with any horsepower is going to take interest.”

Judith Anderson, an industrial hygienist who studies cabin air safety, told the Chicago Tribune that she doesn’t think that passengers should avoid flying, but they should be aware of the problem. “I’m not suggesting this happens on every flight and all passengers are getting sick—it’s not like a conspiracy theory,” she said. “But it happens often enough that regulators should be doing something about it.”