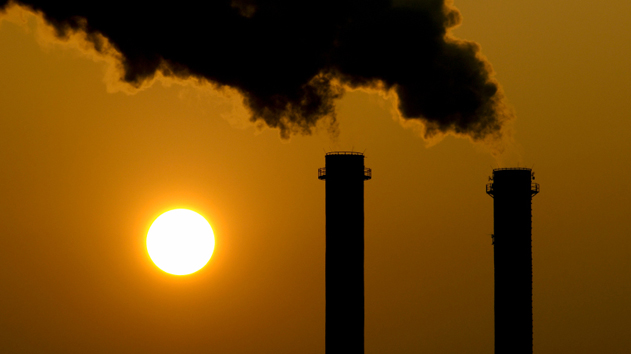 On Monday, the Supreme Court struck down sweeping regulations that would limit emissions of mercury and other pollutants from power plants, extending a debate that has started and sputtered for nearly 20 years. In a 5-4 decision, the Court ruled that the EPA’s refusal to consider costs to energy companies in its decision to regulate emissions was an unreasonable interpretation of the Clean Air Act.

“The agency gave cost no thought at all,” wrote Justice Antonin Scalia, who penned the majority opinion joined by the Court’s more conservative justices, adding that the EPA had strayed far beyond its bounds to interpret the language of the Clean Air Act (CAA). The ruling reversed a 2-1 decision in the U.S. Court of Appeals, D.C. Circuit and remanded the cases for further legal proceedings.

The high court heard Michigan v. EPA with two related cases that pit the EPA against a group of 23 states and trade groups representing the power plant and coal-mining industries*. The plaintiffs charged that the EPA had overstepped its regulatory authority while working to obey a 1990 amendment to the CAA, in which Congress ordered the agency to identify the health risks of 189 pollutants, including mercury, found in power plant emissions. If the EPA then deemed oversight of coal- and oil-fueled plants “appropriate and necessary,” the amendment required the agency to issue a separate set of emission regulations for power plants. Power plant operators argued that the costs of closing or retrofitting facilities to meet the EPA’s proposals would far outweigh potential benefits to public health.

But the debate that the Supreme Court decided Monday hinged on a technicality. While neither side disputed the estimated $9.6 billion price tag for the new rules or questioned the EPA’s obligation to consider that cost while issuing regulations, the legal question boiled down to scheduling: Whether the wording of the 1990 CAA amendment required the agency to weigh the cost of new pollution controls against health benefits before or after the agency made its initial decision to regulate the industry.

In this case, the EPA postponed a cost-benefit analysis until after it suggested the new emissions rules in the late ’90s and early aughts, and it argued before the Court that it was under no obligations to assess costs at an earlier stage. Additionally, the EPA argued that those costs would be far outweighed by the benefits of new limits on emissions, which it said each year included $37 billion to $90 billion in health savings and the prevention of 11,000 premature deaths due to the effects of exposure to mercury and other pollutants. But the industry argued that, looking at the effects of mercury alone, the health benefits of regulation amount to just $4 million to $6 million annually: “It is not rational,” wrote Justice Scalia in his opinion, “to impose billions of dollars in economic costs in return for a few dollars in health and environmental benefits.”

The Court was divided on the issue of cost during oral arguments in March. Justice Scalia deemed the EPA’s emissions rules “classic arbitrary and capricious,” blasting them as “outrageously expensive,” while some members of the Court’s liberal wing pointed to prior rulings that gave the EPA broader flexibility to interpret vague language from Congress. Leading up to today’s decision, Justices Kennedy and Breyer were the wild card votes: During oral arguments, Justice Kennedy repeatedly asked if the EPA could have reasonably been able to consider costs at an earlier stage, and Justice Breyer pointed out that the $9.6 billion price tag of implementing the emissions rules translates to an extra $30 per American, openly musing whether that kind of spending might be considered an undo burden on the power industry.

Justice Kennedy sided with the majority on Monday, while Justice Breyer joined Justice Kagan’s dissent. In it, Kagan called the ruling a “peculiarly blinkered way for a court to assess the lawfulness of an agency’s rulemaking,” because it hinged on the timing of the EPA’s cost-benefit analysis, rather than the agency’s willingness to weigh cost at all.

The decision comes as setback to a surprising coalition of interests: Along with environmental and health groups, some energy companies had joined the call for the EPA’s regulations to stand. That’s because the new emission rules were expected to impact only about a fifth of the nation’s power plants—mostly older, coal-fired facilities that lack the pollutant-scrubbing technologies now ubiquitous in newer facilities. Many energy companies that have already undergone extensive upgrades, including Calpine, Exelon, and National Grid, sided with the EPA in this case, saying that their competitors had created an unfair advantage by sparing themselves the expense of retrofitting older, dirtier plants while awaiting the court’s ruling on whether the emission regulations would stand.

Correction: An earlier version of this article stated there were 21 states among the plaintiffs.