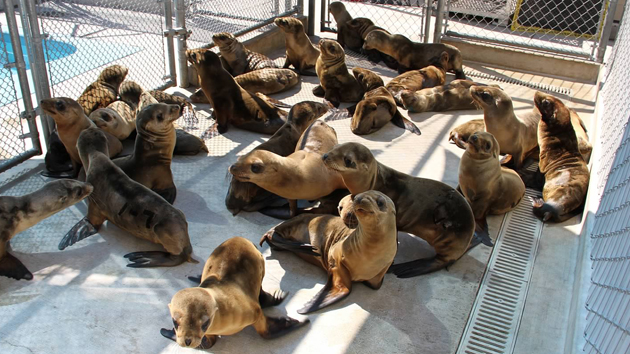 Sea lions have been having a rough couple of years. In 2013, starving pups began washing up on California beaches by the hundreds. This year, the number of stranded sea lions has increased dramatically. And now, a giant toxic algal bloom is growing in the Pacific and poisoning sea lions’ sources of food. How bad has it gotten for these playful critters? We talked to wildlife experts to find out more about how much danger they’re in and what’s in store for their future:

What’s going on here? What’s causing sea lions to get so sick? An unusually warm pocket of water in the Pacific, dubbed “the blob,” has rocked the sea lions’ environment on the Pacific coast. The anchovies, hake, squid, and shell fish that sea lions eat have been moving farther away to find nutrient-rich cold waters. While adult sea lions have been adapting and going longer distances to find food, pups and yearlings don’t have the strength to swim far enough or dive deep enough. Instead, young sea lions have been washing up on shore. Often they are malnourished, dehydrated, and stranded from their mothers, who are searching for faraway food.

How unusual is the the current situation? Pup strandings happen every year when young sea lions start trying to feed themselves in late spring or early summer. But beginning in 2013, sea lion pups started washing up on shore in much greater numbers than usual, and as early as January—long before pups typically wean. The National Oceanic and Atmospheric Administration deemed the spike in sea lion deaths an “unusual mortality event.” This year, the number of stranded pups skyrocketed far above 2013 levels: During the first five months of 2015, more than 3,000 stranded sea lion pups washed up onto California beaches. That’s seven times the annual average over the past decade, and nearly three times as many as in 2013. 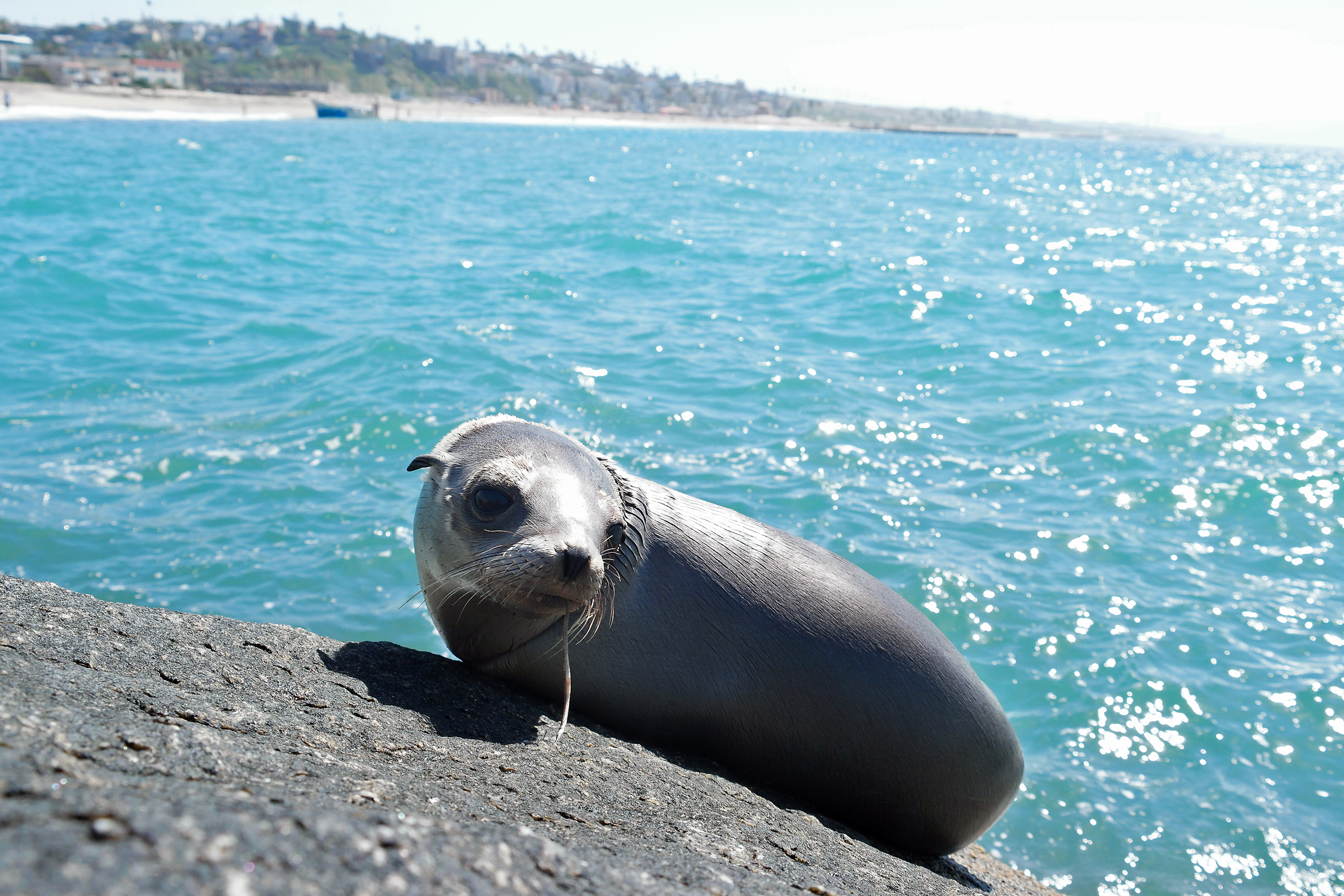 A sick sea lion on the shore of Playa del Ray beach in Los Angeles this past spring. Jonathan Alcorn/ZUMA 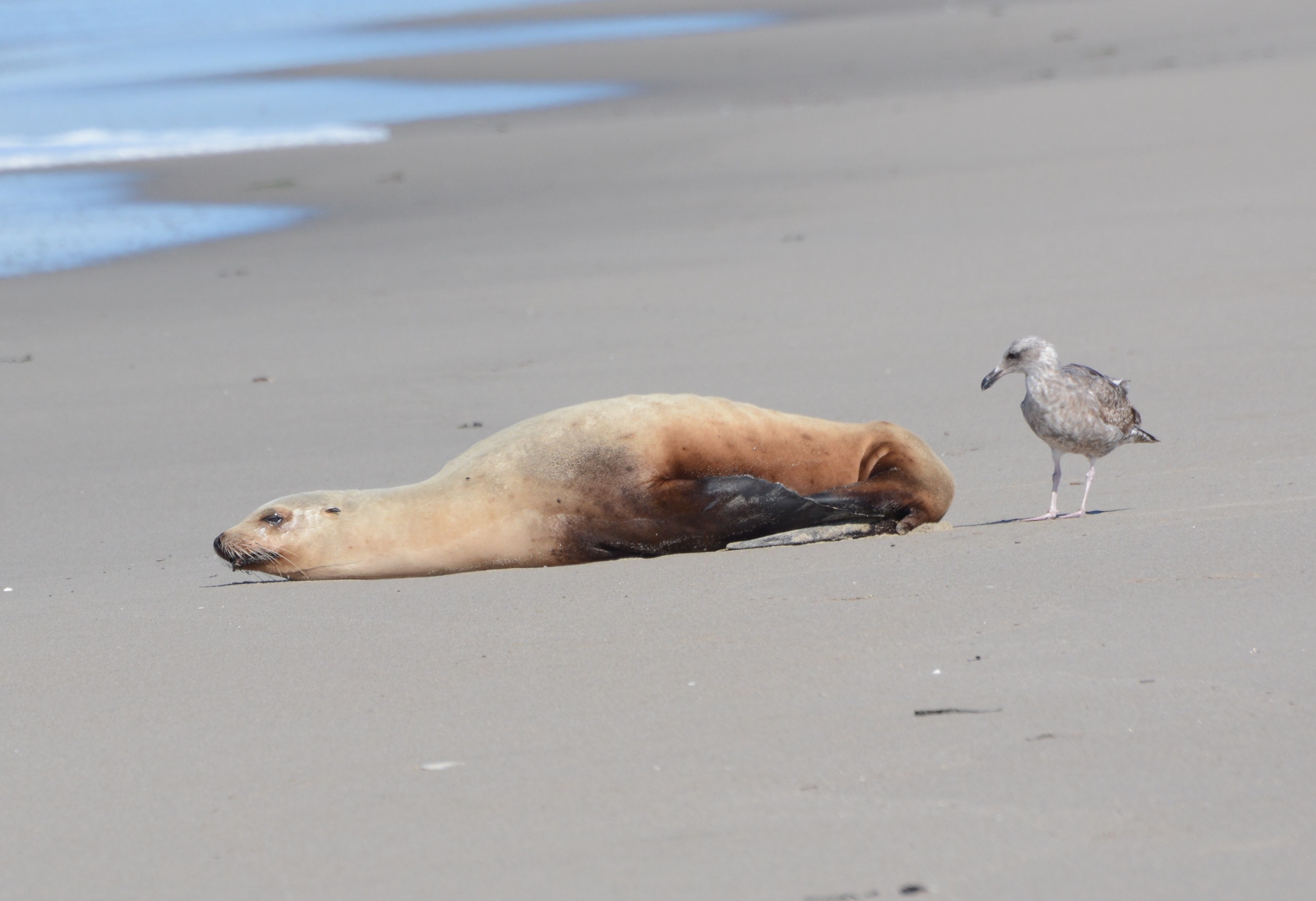 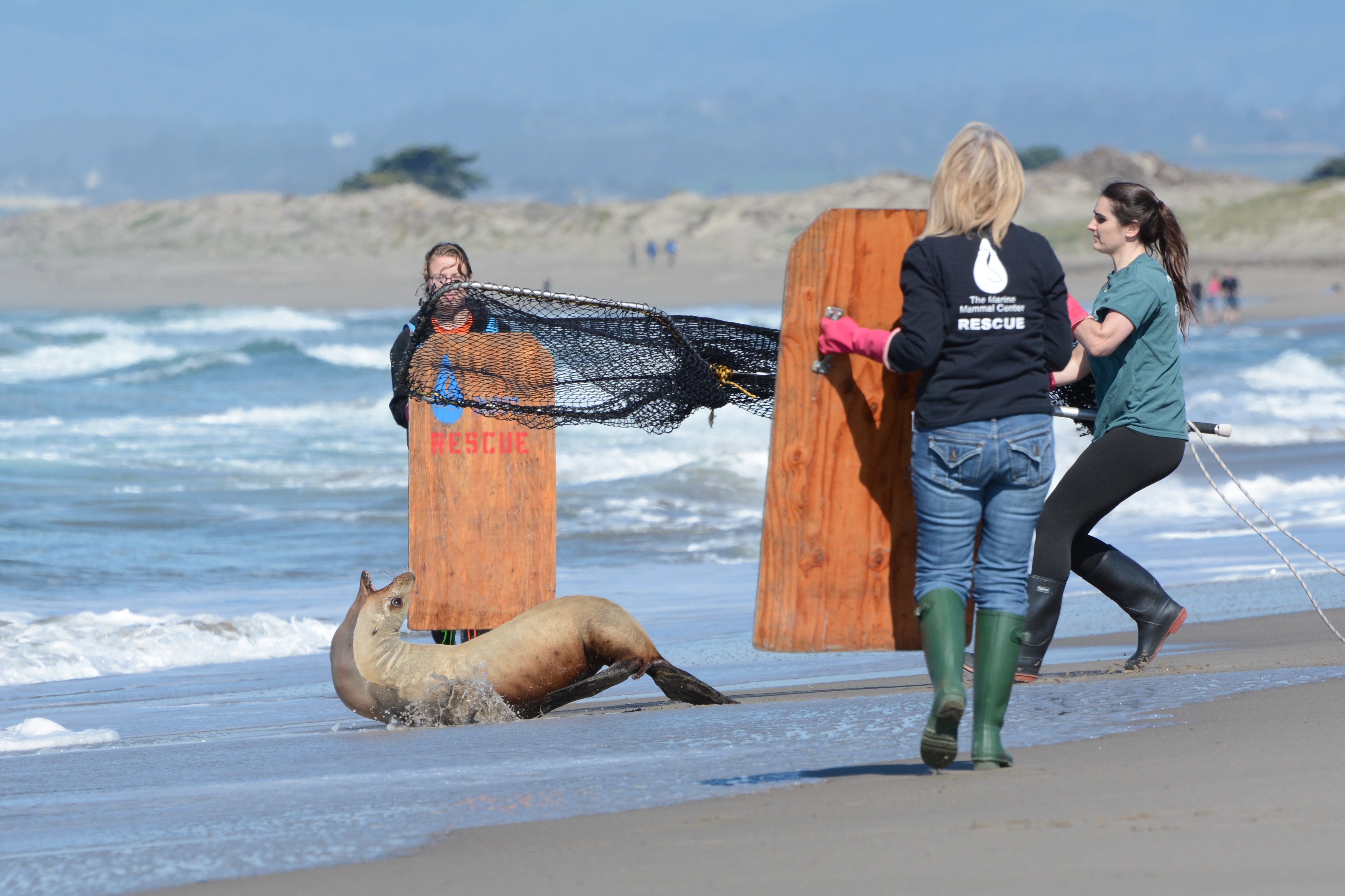 As a result, wildlife groups have been working overtime. During a typical year, the Marine Mammal Center in Sausalito, California, rescues between 500 and 700 stranded marine mammals along California’s coast. But according to Claire Simeone, a veterinarian at the center, during the past few years that number has dramatically increased, mostly due to the stranded sea lion pups. The center has rescued more than 1,500 young sea lions alone this year, although in recent weeks the pups finally stopped appearing (either because they’ve all been rescued or have already died at sea, according to Simeone). But with warm waters likely to remain, pups are expected to begin stranding again next season, as early as December.

The strandings represent a stark reversal in the fortunes of sea lions. After Congress passed the Marine Mammal Protection Act in 1972, the species thrived on the Pacific Coast. It was just six or seven years ago that sea lion populations began to show some signs of stress due to climate variability driving away prey, according to Sharon Melin, a wildlife biologist at NOAA’s National Marine Mammal Laboratory. Now things have become far worse.

Will El Niño exacerbate the situation? Yes. With a strong El Niño system predicted to hit California later this year, warm waters are expected to persist and allow similar patterns to continue: Sea lions’ food will continue to migrate farther to find cold waters, and sea lions, especially the pups, will continue to struggle to find it.

I’ve heard about that giant toxic algal bloom. Is that affecting sea lions, too? Yes. As if their food sources swimming away wasn’t enough to deal with, a giant toxic algal bloom has been expanding in the Pacific since May. It’s poisoning much of the sea lions’ remaining food. The Marine Mammal Center has seen an increase in the number of sea lions washing up with amnesiac shellfish poisoning caused by exposure to domoic acid, a neurotoxin produced by the algal bloom. It’s made sea lions lethargic and can cause memory loss and seizures.

On Tuesday, yet another adult sea lion washed up onto a beach in Alameda county on the San Francisco Bay. The center attempted to rescue the animal, but it did not survive. No trauma was immediately visible on the critter’s body, which is being tested for domoic acid poisoning. (The test results won’t be available for months.)

Where does climate change fit into all of this? There’s no established connection between human-caused climate change and the blob, the toxic algal bloom, or the coming El Niño. But experts warn that increased climate variability linked to global warming could make these sorts of events more frequent—and more intense—in the future. “With a changing climate and increasing temperatures, we are only going to see more of the same,” Simeone says. She adds that sensitive animals, such as sea lions, should be looked to as bellwethers for how the changing environment will affect animal life more broadly, including humans. “It’s important to listen to what they are telling us,” she says.

So what’s going to happen to the sea lions? Melin points out that sea lions live a long time, up to 30 years. Over the years, they amass knowledge about their environment, which helps them predict the location of food sources. Finding prey quickly is especially important for mothers who cannot be away from their pups for very long while they nurse and wean them. Events such as warm water bands and algal blooms are creating a particularly difficult challenge as they struggle to adjust to constantly changing conditions in the ocean. But while wildlife groups are making plans to take in more animals and train more volunteers for the coming year, Melin remains optimistic about sea lions’ ability to adapt. After decades of robust growth, she says, sea lions are far from endangered. “They are going to work it out,” she says.