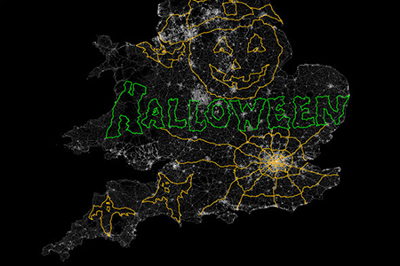 As you shop for your kid’s perfect Halloween costume this year, you might want to ditch the DIY face paint.

On Sunday, New York Sen. Chuck Schumer (D) called out the Food and Drug Administration for failing to conduct routine safety tests on face paints, particularly those made in China, to make sure they don’t contain toxic chemicals. “Every Halloween we worry about the candy we’re putting in our kids’ mouths but nowadays, we need to worry about the face paint we’re putting on our kids’ faces,” the senator said in a statement.

We’ve known for years that some face paints include troubling ingredients. In 2009, the Campaign for Safe Cosmetics, a consumer advocacy group, tested 10 face paints on the market in the United States and found that all of them contained lead, while six contained high levels of skin allergens like nickel, cobalt, and chromium. The consumer advocacy group, which in 2007 also found lead in top-selling brands of lipstick, noted that the FDA did not require companies to test the safety of ingredients in cosmetics before selling them. It also did not require companies to list heavy metals like lead on cosmetic product labels.

The Centers for Disease Control and Prevention says “no safe blood lead level in children has been identified,” and “lead exposure can affect nearly every system in the body.” Usually lead poisoning occurs over time with repeated exposure, though it can also happen with a single high dose. Even inhaling leaded fumes can increase someone’s risk of poisoning. In a letter to the FDA, Schumer noted that exposure to lead has also been linked to decreased cognitive ability.

Cosmetics containing lead have been banned in Canada and Europe. But in the United States, the onus to ensure that a cosmetic is safe falls mostly on its manufacturer: The FDA does not have the authority to approve cosmetic products and their individual ingredients before they hit the shelves. There is one exception: The agency conducts safety tests on color additives, including those found in face paints. Before Halloween, the FDA recommends that you note the color names on your face paint’s list of ingredients and make sure you can find those names on the FDA’s web page for approved color additives.

If you’re worried about the possibility of slathering heavy metals on your toddler’s cheeks, a handful of companies have come up with some alternative paints that they claim are toxin-free. If you’re still not convinced, you could stick with a scary mask—although, even as the FDA has neglected to test face paints for metals, it cautions against wearing masks for the holiday. According to the agency, a mask “can make it hard to see where you’re going and watch out for cars.” So, maybe a fun Halloween hat will do?