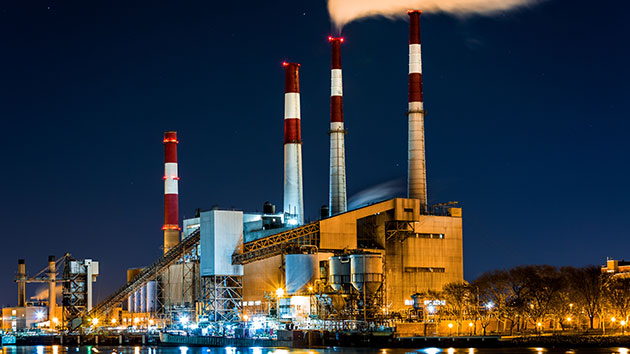 The Supreme Court dealt a blow to President Barack Obama’s climate agenda Tuesday evening by putting his flagship greenhouse gas emissions rules on hold. In a 5-4 ruling, the justices granted the stay in response to a lawsuits by coal companies and two dozen coal-reliant states. The plaintiffs have argued that by setting new limits on carbon pollution from power plants, Obama’s Environmental Protection Agency is overstepping its authority to control the electricity sector.

The ruling is far from a death knell for the Clean Power Plan, as the policy is known. Rather, it allows power companies and state official to hold off on preparing for the new regulations until the courts decide whether the administration went too far. The cases will most likely end up in front of the Supreme Court sometime next year, so there’s still plenty of time before the plan’s fate is sealed.

According to Vicki Arroyo, executive director of the Georgetown Climate Center, the Court’s track record on EPA regulations is pretty favorable for environmentalists.

“Every regulation from EPA is attacked legally,” she said. “There might be delays, but there is almost always a rule that come out the other end.”

The trust of other big polluters—China, India, the European Union—could be shaken.

But in the meantime, the ruling could throw a wrench in the delicate diplomacy surrounding the global climate agreement reached in Paris in December. One defining feature of the Paris summit that made it the most successful round of climate talks in two decades was the leadership of Secretary of State John Kerry and other US officials. It was the Clean Power Plan that gave other countries confidence that the US was finally willing to do something about its own massive carbon footprint. In other words, the plan was supposed to be Obama’s proof that the US would follow through on its Paris promises. Now, the trust of other big polluters—China, India, the European Union—could be shaken. That could have a chilling effect on climate action around the globe.

“I think the stay raises doubts in other countries’ minds,” said Jake Schmidt, international program director at the Natural Resources Defense Council. “I’m already getting a lot of questions and confusion [from policy analysts abroad]. There will be a lot of outreach to explain what this really means.”

Their concerns may well be justified—even if the Supreme Court ultimately does rule in favor of the administration. That’s because, regardless of the case’s final outcome, yesterday’s stay will make the Clean Power Plan more vulnerable if a Republican wins the presidential election in November. All of the leading GOP candidates have vowed to roll back Obama’s climate agenda. (Bernie Sanders and Hillary Clinton have both promised to carry it forward.)

“Most countries aren’t moving forward solely on the basis of what the US is doing.”

The problem is the timeline, explained Robert Stavins, director of Harvard’s Environmental Economics program. Until yesterday, state regulators and power companies were in the early stages of putting together their plans to comply with the regulation. But with the stay in place, power companies can push off the investments and upgrades required by the plan—switching coal-fired power plants to natural gas, improving efficiency on the electric grid, building more wind and solar energy, etc. That means that by the time the next president takes office, the power companies will have sunk less capital into implementing the plan, and will have less incentive to see it survive than if they had already made those investments, Stavins said. With that potential roadblock out of the way, a Republican president would have an easier time killing the plan.

“That’s a subtle chain of causality, but it’s the one that—if understood—may reasonably cause concern to other countries regarding the ability of the USA to live up to its [Paris promises],” Stavins said.

Still, at least in the short term, the US doesn’t need the Clean Power Plan to follow through on its initial Paris commitments, Schmidt said. The US will be required to submit its first progress report under the agreement in 2020, a couple years before the Clean Power Plan was originally scheduled to take effect. Moreover, he said, even if countries such as China and India are spooked by the Supreme Court’s new ruling, they’re unlikely to jump ship on their own climate plans.