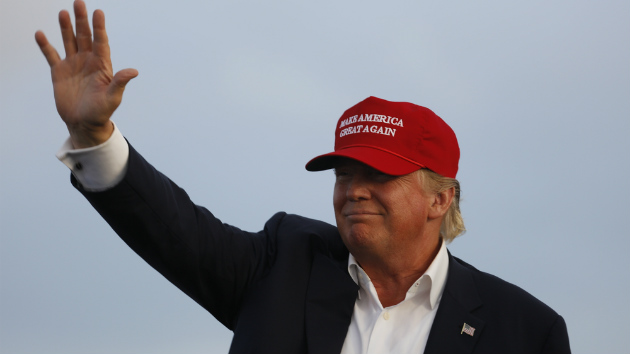 Sen. Ted Cruz dropped out of the presidential race on Tuesday, making it almost certain that Donald Trump will win the GOP nomination and face Hillary Clinton or Bernie Sanders in November. For those who’ve been in denial that this day could ever come, we figured a refresher course on the real estate developer’s musings about climate and energy might be in order.

This very expensive GLOBAL WARMING bullshit has got to stop. Our planet is freezing, record low temps,and our GW scientists are stuck in ice

A panel of scientists ranked all the then-presidential candidates’ public remarks on climate for the Associated Press last November. Trump got 15 points—out of 100.

On climate versus weather: When it was “really cold outside” last October, Trump tweeted that we “could use a big fat dose of global warming!”

On the Environmental Protection Agency: “We’re going to get rid of so many different things,” Trump said in a February debate. “Environmental protection—we waste all of this money. We’re going to bring that back to the states.” But only if he can figure out what the EPA is. Trump said he would eliminate some agency called “Department of Environmental. I mean, the DEP is killing us environmentally, it’s just killing our businesses.”

Not only are wind farms disgusting looking, but even worse they are bad for people’s health bit.ly/I9Dl8k (cont) tl.gd/h46200

Wind turbines are a scourge to communities and wildlife. They are environmental disasters.

On clean energy when campaigning in clean-energy-heavy states: Trump told an Iowa voter that he’s okay with wind subsidies. “It’s an amazing thing when you think—you know, where they can, out of nowhere, out of the wind, they make energy.”

On the Paris climate accord signed by 175 countries: “One of the dumbest things I’ve ever heard in politics—in the history of politics as I know it.”

On his hair: “You have showers where I can’t wash my hair properly, it’s a disaster!” Thanks to the EPA, Trump told a crowd in December, showerheads “have restrictors put in. The problem is you stay under the shower for five times as long.”