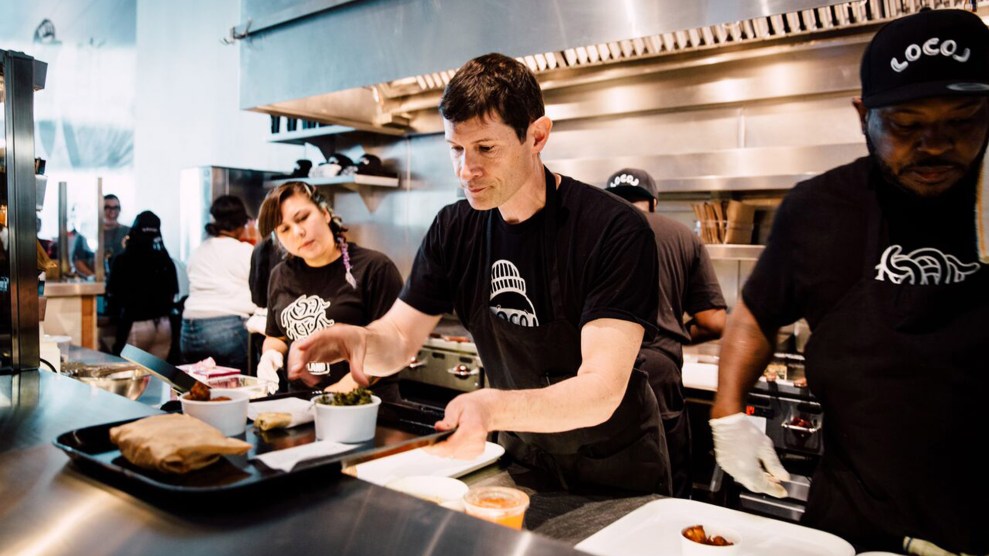 A restaurant with two Michelin stars, a visit from Anthony Bourdain, and national acclaim: Chef Daniel Patterson had it all. Or so it seemed.

But for Patterson, founder and former head chef of the fine-dining restaurant Coi in San Francisco, something was missing.

“The fundamental thing about being a cook is that it’s an act of generosity,” he said. “Sometimes in high-end restaurants you can lose sight of that because there’s all of this other stuff swirling around about status and about money and career-striving and ratings.”

So earlier this year Patterson ditched a gig where he served a $195 tasting menu to open a fast-food chain that employs teens to flip burgers and plays a bass-heavy hip-hop soundtrack throughout the day. 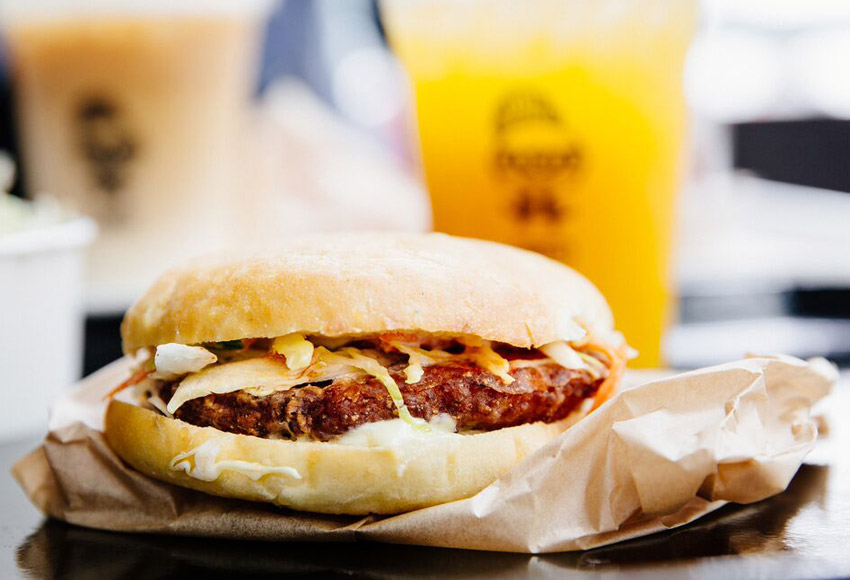 The new venture is called Loco’l, a name that comes in part from the Spanish word loco. Indeed, Patterson and his business partner, Los Angeles food truck king Roy Choi, admit that their mission is a little crazy: They promise to use high-quality ingredients and pay employees a living wage—all while keeping prices low. (A cup of coffee is $2 and a cheeseburger costs $5.)

That’s a tall order—and in an interview on this week’s BITE episode, Patterson admitted that Loco’l isn’t bringing in big bucks quite yet.

“Yeah we’re still working on that,” he says. “We’re still very much in beta mode.”

So far, Loco’l has locations in Oakland and Los Angeles’ Watts neighborhood, and the goal is to open locations nationwide. But the financial pressure isn’t likely to ease anytime soon—especially in the Bay Area, where it’s getting harder and harder for chefs to turn a profit, as a recent New York Times article explains:

The San Francisco restaurant industry has the worst racial and ethnic pay gap in the United States, and the average cook’s salary of about $53,000 doesn’t nearly cover the $3,490 average rent for a one-bedroom apartment. In San Francisco, where public transportation shuts down at midnight and barely reaches the satellite cities that are going through their own real-estate booms, it is essentially impossible for cooks to work downtown and live anywhere reasonably close. As a result, restaurant owners talk about creating dormitory-style housing for employees. Others say that five years ago, when they listed a job opening, they got 50 qualified applicants; now they get five or six.

But Patterson and Choi have a few ideas on how to keep Loco’l going—for example, instead of pure beef, burger patties are a combination of beef and cooked grains. The restaurant’s chicken nuggets are made up of chicken and cooked bulgur. Adding grains to meat isn’t just cost efficient—it’s also healthier and better for the environment, Patterson points out.

Hear more about Patterson’s plans to keep Loco’l afloat in this week’s episode of Bite. Also in the episode: Jenny checks out an app that connects Silicon Valley’s homesick foreign tech workers with food from their homelands, and Kiera wonders: Is it fair to call a soda tax a “grocery tax?”