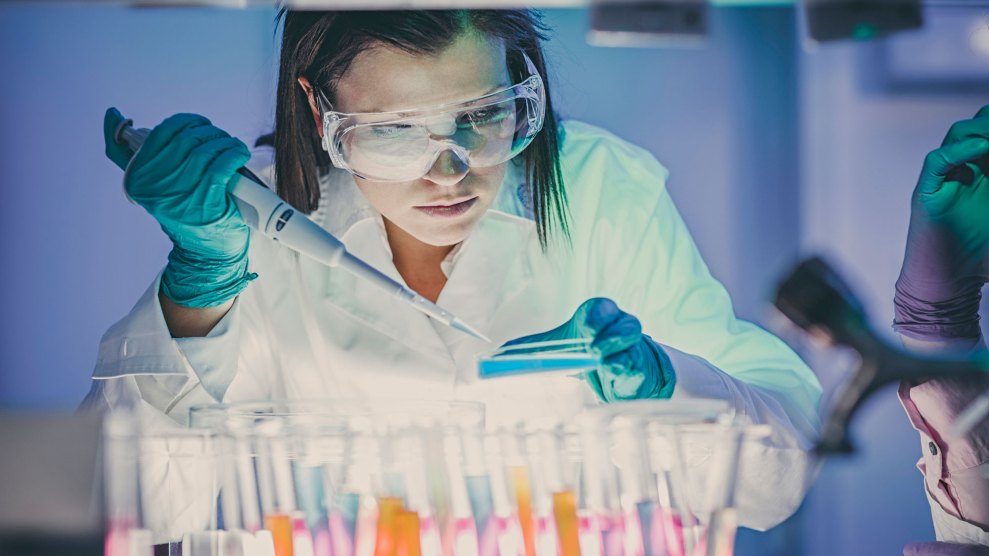 Genetically engineered mosquitoes may sound like a sci-fi superbug out of a Steven Spielberg film, but these are the real deal. The altered insects are the latest approach to quell the spread of mosquito-borne diseases that claim an estimated 725,000 lives globally each year, not to mention Zika virus, which has spread rapidly in the Americas and causes alarming birth defects—and could turn out to affect the adult brain, too—but seldom kills.

Earlier this month, the Food and Drug Administration approved the first proposed US field trial of genetically modified mosquitoes. The trial is planned to launch in Key Haven, Florida, 161 miles south of the Miami-Dade neighborhood where the nation’s first locally transmitted Zika cases have been detected—and five miles from the the heart of Florida’s 2009-10 outbreak of dengue, a potentially deadly virus that can be spread by the same mosquito. Local opposition has stalled the release of the altered bugs, even as the Zika virus continues to spread in South Florida. Now residents in this island community will get to weigh in on the fate of the trial via a nonbinding local referendum this November. A majority of the mosquito control commissioners for the Keys, who have final say in the matter, have vowed to side with the locals. If a trial is approved, the mosquitoes could be let loose as early as December.

Whether it happens this time or not, the interest in fighting mosquitoes with high-tech methods is only growing. In science labs across the globe, researchers are studying parasitic microbes, various types of genetic modifications, and even new techniques that, in theory, could nearly eradicate local mosquito populations or make it impossible for the mosquitoes to transmit a given disease. In the meantime, here’s what you should know about the proposed release in South Florida.

How are these mosquitoes modified? Scientists at Oxitec, a UK-based company that has spent years honing its techniques in the lab and in the field, have altered Aedes aegypti—the primary mosquito conduit for Zika, dengue, yellow fever, and chikungunya—with a gene that causes its progeny to die in the larval stage. The researchers sort the altered mosquitoes by sex and release only the males, which then go out and mate with wild females, dooming their offspring. The modified mosquitoes, which can only survive a few days outside the climate-controlled comforts of a laboratory, also carry a gene for a fluorescent protein that lets researchers distinguish modified mosquitoes from wild ones. Both of the inserted genes are nontoxic and nonallergenic.

What if one of these mosquitoes were to bite me? Assuming just males are released, they won’t—only females bite, because they need your blood to nourish their eggs. A few females get past the screening, but they comprise less than 0.2 percent of the insects released, and the chance of getting bitten by one of these rare females is lower still. In the unlikely event that you are bitten by a modified mosquito, the result will be no different than with an ordinary one, according to Matthew DeGennaro, a mosquito neurogeneticist at Florida International University. Mosquitoes have been around for 210 million years, he points out, yet we have no evidence that they’ve ever been able to transfer their DNA to any other organisms, including the ones they feed on.

But can’t releasing one organism to control another one mess with the natural balance? Sure. Humans have made plenty of such blunders trying to control pests. Hawaii’s mongoose infestation, Australia’s poisonous cane toads, and Canada’s thistle-eating weevils are just a few examples of “biocontrol” gone awry. The difference with the Oxitec mosquitoes is that, unlike the introduced species of the past, they are engineered to disappear quickly. It’s actually a great business model, because the mosquito control boards will have to keep purchasing from Oxitec to keep local mosquito populations suppressed. But it also makes it easier to deal with unintended consequences—which the FDA deems unlikely in any case.

One valid concern is that reducing the numbers of Aedes aegypti may allow its cousin Aedes albopictus—which is capable of transmitting the same viruses—to move in. But in addition to being a less efficient disease carrier, albopictus can have somewhat different habits and meal preferences. Aegypti feed almost exclusively on human blood and tend to live alongside people in densely populated areas. Albopictus are just as prone to feeding on wildlife and livestock, and they tend to stay in more rural settings, where they are less likely to spread disease. But they also show up in places like Los Angeles. In short, it’s complicated.

How will the GM mosquitoes affect other animals that feed on mosquitoes? Most insect eaters have broad diets, so there’s no evidence that eliminating a specific mosquito will leave anyone without food. Nor will snacking on GM mosquitoes harm the birds, bats, and other fauna that eat the bloodsuckers. On the contrary, DeGennaro says, releasing modified mosquitoes is a lot less harmful to the environment than spraying nasty chemicals. Each year 15 million acres across the United States are doused in Naled, a neurotoxic insecticide used to keep mosquito populations in check. “Insecticides are very problematic for the environment,” DeGennaro says. “They disturb the ecosystem and affect insects other than the one you’re targeting.” Banned in Europe, Naled is known to kill bees, butterflies, birds, and fish indiscriminately. For this reason, Puerto Rico refused to accept Naled shipments from the US government to combat its Zika epidemic, even though a 20-25 percent infection rate is expected there by summer’s end. The United States, however, deploys tens of thousands of gallons of Naled annually to control Aedes aegypti. The FDA has concluded that the risk GM mosquitos pose for humans and other species is extremely low: “I can’t think of a potential problem with this,” DeGennaro says. “But I can think of a million potential problems with insecticides.”

What if I don’t want to be a guinea pig? You won’t be, really. Oxitec has already released modified mosquitoes in several countries, including Malaysia, Brazil, and Panama—and more than 3 million altered skeeters lived out their short lives in the Cayman Islands in 2009 during the company’s first field trial. The proposed trial in the Keys isn’t intended to test the mosquitoes’ safety or environmental impacts—Oxitec has spent 14 years on such studies already. Rather, the purpose is to determine whether the altered mosquitoes can reduce Aedes aegypti populations in this environment the way they’ve done so elsewhere. Oxitec reports that wild aegypti populations have been slashed by more than 90 percent in areas where their mosquitoes were released. Given that aegypti puts more than 40 percent of the world’s population at risk for various diseases, those figures could prove convincing to many health and safety officials—at least until an effective vaccine becomes available.

Genetic tinkering is hardly new, of course. “Humans have been genetically modifying organisms since the dawn of civilization,” DeGennaro says. “That’s why we have crops and [domestic] animals.” For nearly three decades, diabetics have been injecting themselves with insulin produced by genetically modified bacteria. In 2015, 444 million acres of genetically modified seed were planted across the globe, and genetically engineered salmon may be on the menu as early as next year. “This technology has potential to save people’s lives,” DeGennaro says. “I would happily have [these mosquitoes] where I live.”