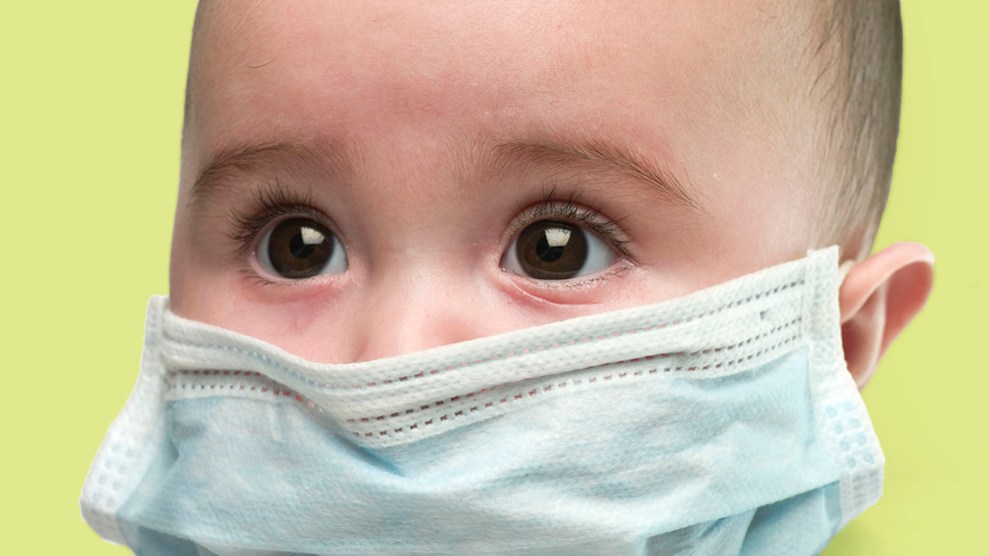 “Even though the toxic cocktail of chemicals in air pollution is largely invisible to the naked eye, these elements are deadly and affect children’s health and well-being,” the study’s authors wrote.

Looking at the causes of air pollution globally, the authors focused on rapidly industrializing countries, where urban children grow up near factories that release toxic levels of pollutants into the atmosphere along with ever-increasing levels of automobile exhaust. But industrialization wasn’t the only culprit. In rural areas, children’s exposure begins at home, where families burn wood and agricultural waste for cooking and heating. The highest levels were found in Asian and African countries, according to UNICEF’s analysis: 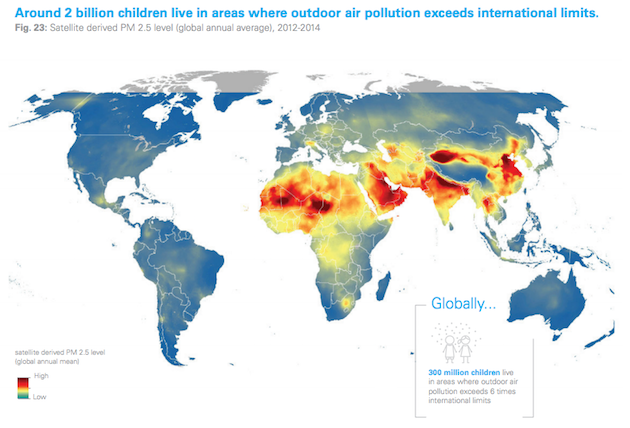 Air pollution is linked with 1 out of every 8 deaths globally. It has long been known to cause or exacerbate a range of respiratory issues, with some research even linking it to neurodegenerative diseases. According to UNICEF, it puts kids at increased risk of pneumonia, bronchitis, asthma, and other health problems. “Children are uniquely vulnerable,” the authors wrote in the report. Their respiratory tracts are more permeable than those of adults, and they breathe twice as fast. Because their lungs and trachea are smaller, they’re more apt to develop blockages, while ongoing exposure to pollutants reduces their lung capacity. And children’s less-developed immune systems allow respiratory infections to take hold more easily, leading 500,000 children to die of pneumonia each year for reasons directly linked to the quality of their air. Some studies have even found that exposure to air pollution can impair physical and cognitive development.

To combat these conditions, the UNICEF authors called on communities to build homes with better ventilation and insulation, which would allow them to burn less fuel. Families, they said, might choose cleaner cookstoves and keep tobacco smoke out of their homes. The authors recommended that local governments focus on air pollution during urban-planning projects by keeping factories and power plants far from schools and playgrounds, improving public transportation, and providing for safer waste disposal systems. For national governments, the course of action was clear: reducing the use of fossil fuels.

Key to all of this, of course, is education and investment—for parents, communities, and local governments to become aware of the effects of air pollution and take what steps they can to mitigate it.

“Protecting children from air pollution is not only in their best interests,” Anthony Lake, UNICEF’s executive director, wrote in an introduction to the report. “It is also in the best interests of their societies—a benefit realized in reduced health costs, in increased productivity, in a cleaner, safer environment, and thus, in more sustainable development.”