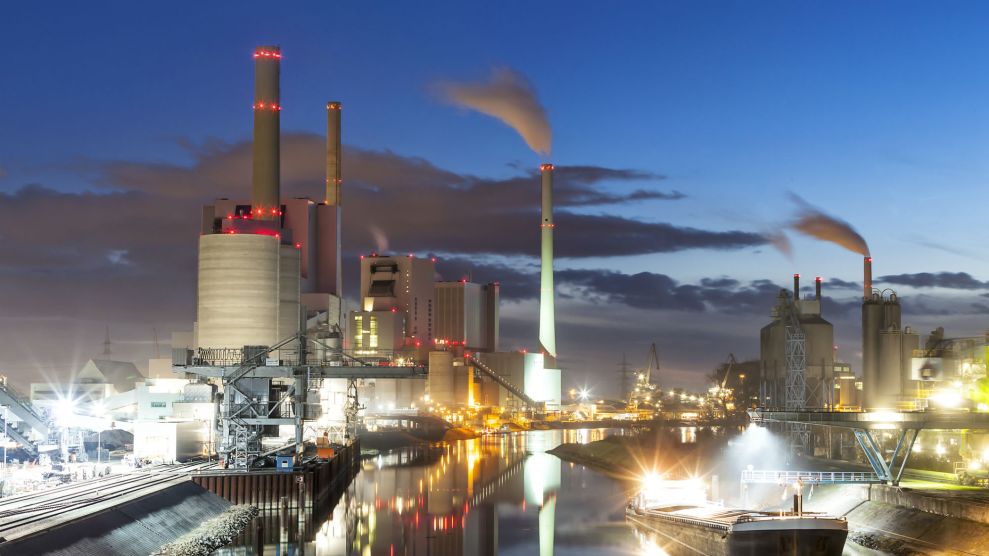 Donald Trump’s aides have abruptly postponed a meeting to determine whether the US should remain in the Paris climate agreement, with an unlikely coalition of fossil fuel firms, environmental groups and some Republicans calling on the president to stick with the deal.

Trump’s top advisers were set to meet on Tuesday to provide the president with a recommendation ahead of a G7 meeting in May. However, a White House official said the meeting had been postponed due to conflicting schedules. It is unclear when it will now take place.

Trump has already signed executive orders to start the demolition of the clean power plan, throw open federal land to coal mining, and halt new vehicle emissions standards but has so far not acted on his campaign pledge to “cancel” the Paris compromise.

His aides are understood to be split on whether the US should stay in the voluntary agreement, which was fully ratified last year.

His aides are understood to be split on whether the US should stay in the voluntary agreement, which was fully ratified last year. Barack Obama pledged that the US would cut greenhouse gas emissions by 26-28 percent by 2025, based on 2005 levels, as part of a landmark global effort that for the first time required emissions reduction goals from all nations, including the large developing emitters China and India.

Trump’s adviser Steve Bannon and the Environmental Protection Agency head, Scott Pruitt, are both in favor of ditching the Paris agreement. Last week, Pruitt called the agreement a “bad deal” for the US that imposes a burden that other countries do not have to bear.

However, the weight of opinion may be in favor of those who support the agreement. Trump’s daughter, Ivanka, and son-in-law, Jared Kushner, both advisers to the president, have positioned themselves as defenders of the agreement, while Rex Tillerson, the secretary of state, has supported the idea of “keeping a seat at the table.” Other advisers at the meeting were expected to include Rick Perry, the energy secretary; Gary Cohen, an economic adviser; and HR McMaster, the national security adviser.

Support for the Paris deal has come from seemingly unlikely quarters—the oil giant ExxonMobil wrote to the White House to advocate it as an “effective framework for addressing the risks of climate change.” BP and Shell have also previously endorsed the Paris deal, along with dozens of other businesses including Gap, General Mills and the Kellogg Company.

A group of Republicans in Congress also warned against withdrawing from the agreement. The Florida congressman Carlos Curbelo, in his role as co-chair of the Climate Solutions Caucus, said it was “imperative that we maintain our seat at the table.”

“The world’s leading nations must work together to not only reduce the impact carbon emissions have on climate change, but also mitigate and prepare for the effects, which communities like ours are dealing with every day,” Curbelo said in a joint statement with Ted Deutch, a Democrat who is his fellow co-chair.

“It’s our hope the administration will take a responsible approach on this issue.”

“It’s our hope the administration will take a responsible approach on this issue.”

Proponents of remaining in the deal cite the severe diplomatic fallout of leaving, which could damage the US position on other issues, as well as the imperative to cut emissions to avoid dangerous climate change.

“Withdrawing from the Paris agreement would send a clear message that America is an unreliable partner that fails to live up to its commitments,” said Susan Casey-Lefkowitz, chief program officer at the Natural Resources Defense Council, an environmental advocacy group.

“It will also handicap the competitiveness of American businesses in clean energy—a $1.3tn yearly global market. It is essential that the US not withdraw from the Paris climate agreement.”

Conservative and free market groups have rallied to urge Trump to follow through with his pledge to exit the agreement. Among those organizations is the Competitive Enterprise Institute, a libertarian thinktank that includes Myron Ebell, who was part of Trump’s EPA transition team. The group has launched an online ad that tells Trump: “Don’t listen to the swamp. Keep your promise. Withdraw from the Paris climate treaty.”

If Trump decides to exit the deal, it will require a three-year notice period before the process begins. In order to speed up the process, he could remove the US from the overall UN climate change framework or submit the deal to the Senate to be ratified as a treaty, where it will probably fail.

A third, and perhaps most likely, option is to remain in the agreement in name only, retaining a modicum of US prestige abroad while dismantling Obama-era rules designed to reduce emissions. The US will face no penalty for not meeting its emissions targets, although some other countries have raised the possibility of imposing a “carbon tariff” on American goods.

Regardless of whether the US stays within the Paris deal, its chances of making deep cuts in its emissions have receded since Trump took office. Without the clean power plan, more stringent emissions standards on vehicles and gas and oil drilling operations or any sort of tax on greenhouse gases—a plan recently floated by some Republicans—the US will pull back from the effort to help avoid more severe heatwaves, droughts, the disappearance of coral reefs and coastal inundation.

“Regardless of what Trump does on Paris, he has abrogated our position,” said Tom Steyer, a leading hedge fund manager and climate campaigner. “This is an administration trying as hard as possible to bring back coal mining; they have given up American leadership on energy and climate. They have already walked away.”