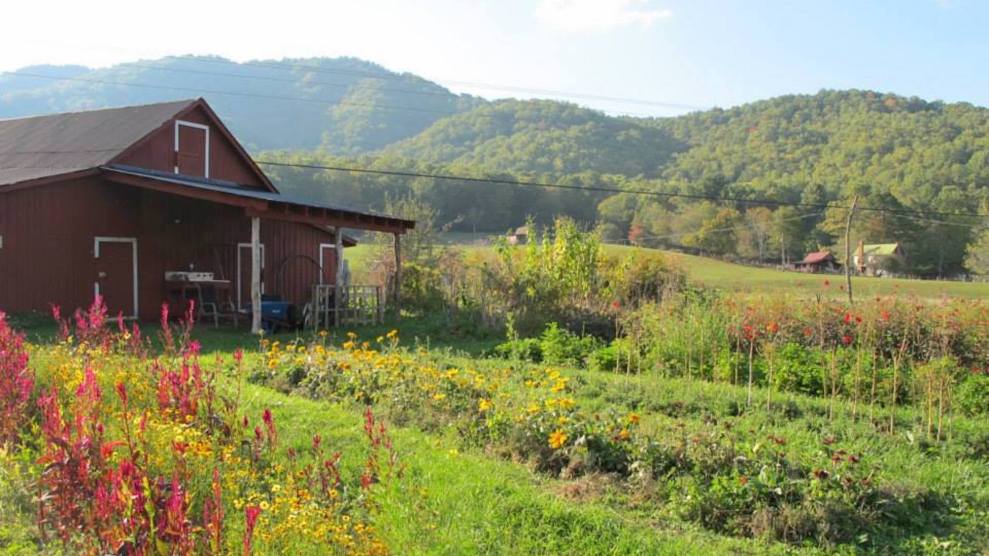 Glossy, beautifully produced cookbooks tend to focus on scenic vacation magnets like Tuscany, Provence, or Napa Valley. But in Victuals, the veteran cookbook writer Ronni Lundy gives that treatment to a place most known in the popular imagination for economic and environmental dysfunction: the Southern Appalachians.

America often underestimates the Appalachian states of West Virginia, Kentucky, eastern Tennessee, and the western Carolinas—even assuming that the pronunciation of the word “victuals” as “vittles” must be uneducated slang. Not so, reveals Lundy. In fact, the actual accurate pronunciation is “vittles.” “So we’ve been right for all of these years,” Lundy says on a recent episode of the Mother Jones food podcast Bite (interview starts at 14:45). “We’ve been right about the way you pronounce it, we’ve been right about the way you grow them, preserve them, the way you dry them and cure them and eat them, and the way you create community around the table.”

In Lundy’s book, a kind of travelogue with recipes, a different vision of the region comes to life: one of lushly forested mountains and fertile valleys dotted with small farms, blessed with “the most diverse foodshed in North America.” There’s even an ancient tie to the sunny Mediterranean. “What we call the Appalachian Mountains was once part of a larger chain on the ancient super-continent of Pangea,” she writes; and Pangea’s split left today’s Appalachia with “sister peaks” in present-day Morocco.

Lundy and I talked about her own roots in the region, the recent hipsterization of Appalachia, and what a typical dinner table might feature at the height of summer—which I can testify, having once lived in the region for nearly a decade, is a time of great beauty and bounty. And we talked through an irresistible dish called “killed lettuce”—fresh salad greens wilted with warm bacon grease. While the book, like the region’s small farms, teems with fresh produce, the hog and its various products emerge as the hero of Victuals: a reminder of the noble beast’s central place in so many resourceful food traditions across the globe.

Rinse and thoroughly dry the greens, and then toss them with the green onions in a large bowl.

Fry the bacon in a skillet over medium heat until very crisp, and remove from the skillet to drain. Remove the skillet from the heat. Immediately pour the vinegar over the lettuce and toss, then pour the warm bacon grease over that, tossing again. Add salt and pepper to taste. Crumble the bacon over the greens and serve immediately.

*These basic proportions can be used in many variations: Put a soft-cooked egg on top, which becomes part of the dressing, or warm beans. The defining part of the dish is that the greens are not cooked, but are tossed with vinegar and hot bacon grease to wilt them.