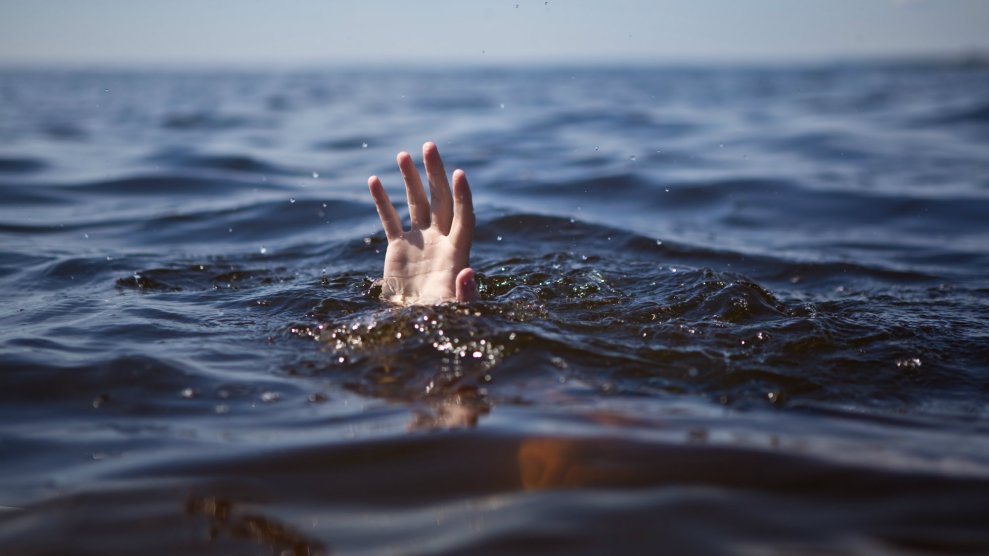 This story was originally published by Newsweek and is reproduced here as part of the Climate Desk collaboration.

Sea level rise is real, and it’s getting worse.

A study published in the journal Nature Climate Change shows that global sea level rise jumped by 50 percent from 1993 to 2014, the most recent year for which data are available. In 2014, sea levels rose 3.3 millimeters—more than an eighth of an inch—while in 1993 they ticked up 2.2 millimeters.

The paper found that melting of the Greenland ice sheet is the major new contributor. In 1993, it accounted for only 5 percent of the rise, but in 2014 it was responsible for one-quarter of the increase. The paper looked at satellite measurements and tide gauges, which measure sea levels around the world.

The acceleration is particularly intense on the U.S. East Coast, especially for Virginia and North Carolina. Some measurements suggest that in those locations sea levels are rising three times more quickly than the worldwide average. There are several reasons for this, including a sinking of the land, caused in part by the removal of groundwater. Due to complex ocean currents, the water level is also higher in this area than elsewhere, and the addition of freshwater to the North Atlantic from Greenland ice melt accelerates this dynamic, explains Larry Atkinson, a professor of oceanography at Old Dominion University who wasn’t involved in the paper.

“This new evidence of accelerating rates is concerning to us as we try to advise local cities and regions on what they’re going to have deal with,” Atkinson says.

The biggest factor driving sea level rise is thermal expansion. As the Earth warms, the ocean warms, and warmer water takes up more space. The Fifth Assessment Report of the Intergovernmental Panel on Climate Change concluded that this phenomenon accounts for 30 to 55 percent of global sea level rise, while melting glaciers account for 15 to 35 percent. Chief sources for this water are the ice sheets covering Greenland and Antarctica.

As far as Greenland’s ice loss goes, “we don’t know exactly why the pace has increased, as ice sheets are dynamic and quite complex,” study co-author Xuebin Zhang, a scientist with Australia’s Commonwealth Scientific and Industrial Research Organisation, tells The Sydney Morning Herald.