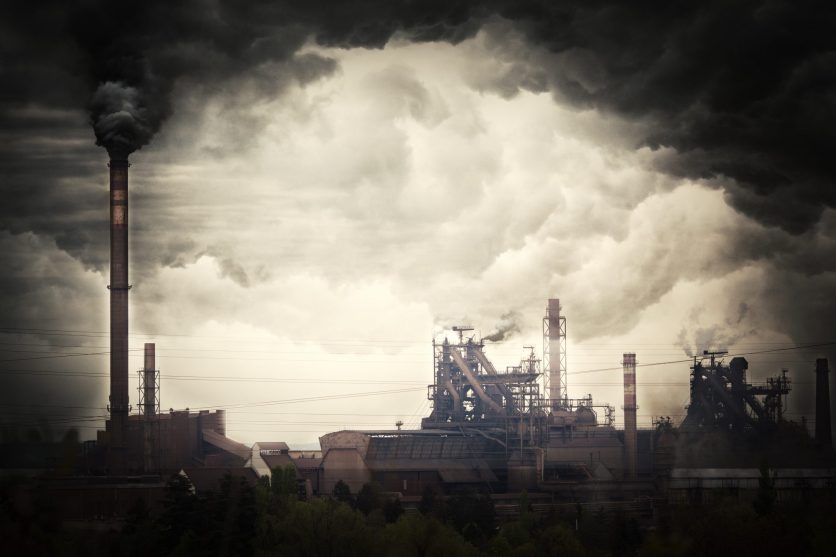 Donald Trump’s decision to withdraw the US from the Paris climate deal may have followed months of anguished division among his closest advisers, but his administration has proceeded with quiet efficiency in its dismantling of other major environmental policies.

The White House, Congress and the Environmental Protection Agency have dovetailed to engineer a dizzying reversal of clean air and water regulations implemented by Barack Obama’s administration.

Unlike the travel ban or healthcare, Trump has faced few obstacles in sweeping away what he has called “job-killing” environmental rules that address problems such as climate change, water pollution and smoggy air.

“I’ve been very concerned by what I’ve seen—this is about people’s health,” said Christine Todd Whitman, a Republican who was the EPA administrator under George W Bush, and also served as governor of New Jersey. “They are undermining science and people’s respect for science. They don’t seem to care.”

Trump’s agenda has been enthusiastically spearheaded by Scott Pruitt, the administrator of the EPA, who promised in February that he would be rolling back regulations “in a very aggressive way.” Pruitt has repeatedly decried the economic cost of green strictures, especially on the coal industry, which he said was the target of a “war” from the Obama administration.

Pruitt, who previously sued the EPA more than a dozen times as attorney general of Oklahoma, and has had unusually close ties to the fossil fuel industry, has helped withdraw or postpone a raft of regulations and has steered the EPA away from climate change work.

While every new administration reviews or even reshapes inherited regulations – especially those enacted in the dying days of a prior presidency—the scale of the current rollback is unprecedented, according to Whitman.

“We looked at 60 or 70 rules and we upheld them all, whereas this administration seems to think everything done in the last administration was bad,” she said. “This is the president’s agenda. Scott Pruitt absolutely believes in that agenda, but this is coming from the president.”

“This is the president’s agenda. Scott Pruitt absolutely believes in that agenda, but this is coming from the president.”

Pruitt has pointed to improvements in US air quality—ozone levels dropped 17 percent from 2000 to 2015, while sulfur dioxide fell 69 percent over the same period—as evidence that relentless technological improvements in cars and power plants will continue to reduce pollution.

But many former EPA officials have warned against using these improvements as a reason to water down protections. The soon-to-be-rewritten clean power plan, for one, was forecast to prevent 3,600 premature deaths and 90,000 asthma attacks nationally once up and running.

“These kind of actions will put a brake on the progress we’ve seen,” said Tom Burke, who was EPA science advisor in the Obama administration and is now director of risk sciences at the Johns Hopkins Bloomberg School of Public Health. “Having worked in fence-line communities and places with contaminated water, I don’t think people there are saying ‘we are clean enough, let’s roll things back.'”

“There’s a very obvious shift at the EPA to make it more business-friendly. Maybe that’s not a bad thing for the business community, but I am very concerned this will impact the health of millions of people.

“The EPA’s mission is to protect public health and the environment, not to protect corporate earnings. It’s very concerning to see.”

Timeline of the rollbacks

14 February Trump signs a bill repealing an anti-corruption rule that required energy companies to disclose payments to foreign governments. The regulation was scrapped under the Congressional Review Act.

16 February The stream protection rule, which prevented mining companies dumping their waste into streams, is axed under the Congressional Review Act. Trump calls it a “terrible job-killing rule.”

28 February Trump instructs the EPA to rewrite the ‘waters of the United States’ rule, which expanded the definition of the Clean Water Act to protect the water supply for around 117 million Americans. Many farmers, real estate developers and golf course owners opposed the rule.

2 March On 1 March, governors and attorneys general from several Republican-led states write to Scott Pruitt to request the EPA stop collecting methane emissions data from around 15,000 oil and gas operations. A day later, Pruitt says he has decided to oblige “after hearing from industry.”

15 March Trump announces a review of vehicle fuel efficiency standards that are designed to push down greenhouse gases and other pollutants. More than a dozen car company chief executives asked the president to revisit an Obama-era decision to mandate improved fuel economy by 2025. Pruitt calls the standards “costly for automakers and the American people.”

28 March A sweeping executive order penned by Trump orders a rewrite of the EPA’s clean power plan, which was Obama’s centerpiece climate policy, an end to the moratorium on coal mining on public land and the removal of climate change as a consideration when approving federal projects.

29 March Pruitt denies a bid to halt the use of chlorpyrifos, a widely used pesticide. The chemical has been linked to damage to the nervous system and last year EPA scientists said a ban was warranted. Household use of the chemical was phased out a decade ago but it is still used in farms across the US.

11 April A court grants an EPA request to delay the implementation of ozone pollution standards that were made stricter in 2015. The EPA intends to review the rules around ozone, which is created when sunlight reacts with pollutants from vehicles exhausts and other sources. Ozone can create smogs and can trigger a raft of health ailments, especially among children, the elderly and those with respiratory problems.

13 April The EPA pauses a regulation that curbs the dumping of toxic metals such as arsenic and mercury by power plants into public waterways. The Obama-era rule, set to commence in 2018, would’ve destroyed jobs, according to Pruitt.

27 April The EPA successfully convinces a US appeals court to halt a challenge by states and industry groups to an Obama administration rule aimed at reducing toxic emissions from power stations. Pruitt, in his previous role as attorney general of Oklahoma, had sued the EPA to stop the rule, which is known as MATS.

23 May A three-month pause is put on landfill methane rules so they EPA can “reconsider certain aspects” of the regulation. Methane is a powerful greenhouse gas and is emitted from rotting garbage in landfills, as well as other sources such as agriculture.

13 June The EPA announces plans for a two-year pause on regulations that would reduce emissions leaks from oil and gas operators. The regulator acknowledges that pollution from the leaks results in “disproportionate” harm to children but proposes to go ahead with the suspension of the rule anyway.

27 June The EPA, along with the US army, proposes to scrap the clean water rule. This would reverse an Obama-era move that expanded federal government protections to the drinking water of around a third of all Americans. Pruitt said the rollback will provide “regulatory certainty to our nation’s farmers and businesses.” The announcement didn’t reference public health.