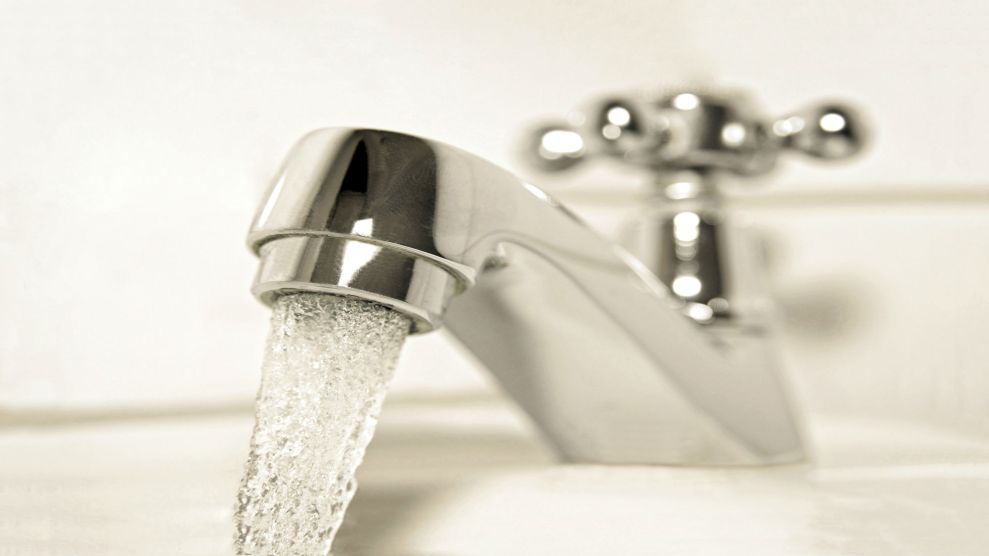 More than 4 million Americans live in places where contaminants in drinking water exceed a legal limit—and poor, rural areas are often more affected than wealthy, urban and suburban ones. Those are some of the key takeaways from a new database that the Environmental Working Group (EWG) released today.

“We’re seeing a lot of problems in places that are more rural and lower income.”

The database pulls about 30 million records from 2010-2015, mostly from state agencies. With the handy tool,  you can enter your zip code and get a report on the contaminants that flow from your tap.

Although EWG has not yet analyzed all the data it collected according to demographics, it did find some preliminary patterns. “We’re seeing a lot of problems in places that are more rural and lower income,” said Bill Walker, vice president and managing editor of EWG. Walker emphasized that agriculture is one of the biggest pollutants of drinking water in the country and that, while pesticides and fertilizers are used in many places, toxic runoff from these pollutants are found at higher readings in rural communities.

Poor areas also seem to be more likely to have dirty water. EWG found that the East Los Angeles Water District, which serves about 115,000 people, had some of the most polluted water, with 14 contaminants above EWG’s guideline levels in 2015. In 2010, the median household income in this district was more than 20 percent below the national average.

By comparison, researchers pointed out that the water system in Merrick, New York, is one of the cleanest in the country. It serves about 117,000 people and the group found only one contaminant above health guidelines in 2015. In 2010, the median income in Merrick was more than 2.5 times the national average.

The database also provides updated information on specific contaminants like Chromium-6, the chemical made famous by the movie Erin Brockovich. Walker explained that, when EWG used the EPA database to research Chromium-6 contamination one year ago, it found that 218 million Americans’ water supplies were contaminated. But by using state records through the new database, EWG found that in fact 250 million Americans receive Chromium-6-contaminated water—a difference of 32 million people.

The database also tracks lead—the contaminant at the center of Flint, Michigan’s water crisis—for which there is no safe level of exposure. Nearly 19,000 public water systems had at least one finding of lead above a threshold that could cause elevated lead levels in babies’ blood.

The contaminant limits that the researchers used for the database were determined by scientists and researchers. These guidelines differ from the EPA’s legal limits for what’s considered safe, which EWG says are often based on outdated studies. According to EWG, the EPA has not added a new contaminant to the list of regulated contaminants at the federal level in more than 20 years.

Walker hopes the new database will shed light on areas where polluted water typically doesn’t get much attention. While urban water systems have their own challenges, smaller, rural systems often get overlooked, he said. “We think Americans have an absolute right to know what’s in their drinking water.”