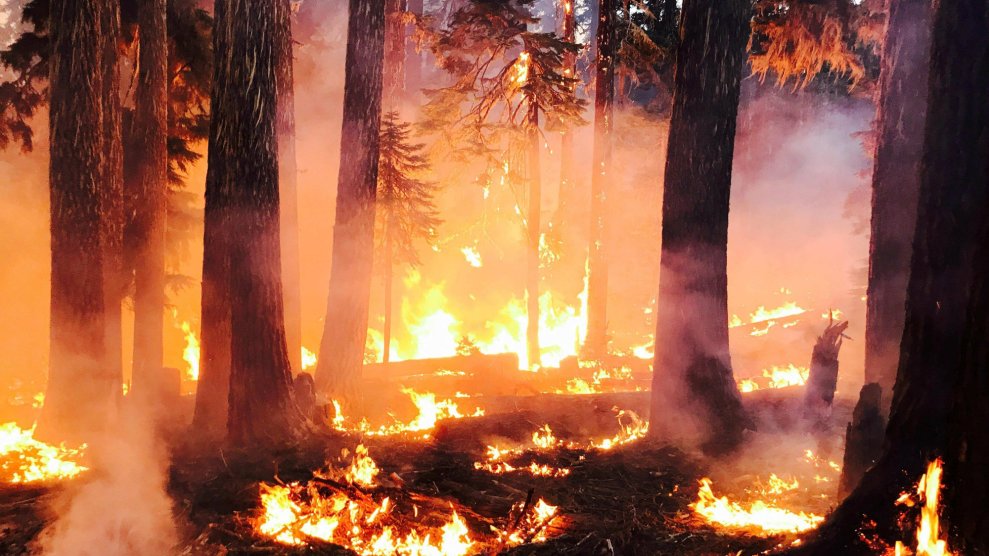 The complexity of climate change means it’s hard to trace simple lines from cause to effect in daily life, much less plan for the future. That’s one reason the federal government updates its National Climate Assessment every four years—to provide lawmakers, policymakers and citizens with the information they need to plan everything from urban infrastructure, to insurance programs, to disaster readiness. After the third NCA came out in 2014, the world experienced three of the warmest years on record. In the same time the United States, along with 167 other signatories, agreed to reduce greenhouse gas emissions in order to keep global temperatures below a dangerous tipping point.

But after last December’s presidential election, the odds of the U.S. willingly contributing to international climate change solutions dwindled. At this year’s United Nations climate conference, the Trump administration—which previously announced plans to withdraw from the international climate agreement— says it will promote fossil fuels and nuclear energy.

All of which makes the fourth NCA seem even more urgent. After all, the U.S. emits more greenhouse gases per person each year than almost every other country in the world. Last week, the government released the first part of its 2018 assessment. Focusing on the science of climate change, the report describes how greenhouse gas emissions are affecting the U.S. already and will continue to do so in future if we continue on the current trajectory.

Here are the takeaways for the West:

The West has warmed by an average of some 1.5 degrees Fahrenheit. While the entire nation has warmed in the past century, the West has warmed faster than almost anywhere else. Only the northern Great Plains region has warmed as fast. What’s more, the West is seeing big weather shifts: Both extreme hot and cold temperatures have gotten warmer, and the region has lost about two weeks of cool nights over the past century. Today’s extreme hot temperatures are expected to become average temperatures over the next few decades, so get ready for more broken records in the future. In the Northwest, the warmest day of the year will be about 6 degrees warmer by mid century than it was about a decade ago, for example. Cities in particular are warming more because of the urban heat island effect.

Alaska is in trouble. Because of its high latitude, Alaska has its own issues. Its glaciers, snow packs, and sea ice are melting, its thawing permafrost releases even more of the greenhouse gas methane into the atmosphere, its coastlines are eroding, its boreal forests and even its tundra are burning. By the end of the century, the state will warm by more than 12 degrees on average.

The West is getting drier, even as rains come harder. Much of the West relies on declining winter precipitation for water. In the Northwest, decreased snow packs have meant lower streams for decades. By the end of the century, snow packs in the southernmost mountains of the West will have virtually disappeared. Less water combined with higher temperatures may lead to more frequent droughts, especially in the Southwest—including chronic, long-term droughts. In places where the amount of precipitation hasn’t changed, the way that precipitation falls is changing. The West is seeing more intense storms and less gentle rainy days, which can still lead to drought conditions. In cities, intense storms overwhelm sewage systems, causing flooding and damage.

The West Coast is changing in profound ways. The sea is rising, getting warmer, and becoming more acidic. Storm waves reach higher, which means more erosion. How much the oceans will rise depends in part on what happens to the Antarctic Ice Sheet: Will it hold, or melt away, raising sea levels still more? A phenomenon called an atmospheric river will cause more flooding along the West Coast, although it’s unknown how much different sections of the coastline will flood.

So what do we do? The report points out what we’ve known for as long as we’ve known about greenhouse gas emissions: We have choices. To that end, each report section shows what would happen if greenhouse gas emissions continued along the current trajectory and what would happen if we reduced our emissions to meet the standards set by the 2015 U.N. Paris Climate Agreement. After all, everything listed here—from wildfires to ocean acidification to drought—is merely a symptom. Many Westerners are leading the way in managing these symptoms to preserve lives and landscapes. But the root causes of these symptoms remain societal and personal choices that lead the average American to burn more than twice as much fossil fuel as the global average. As California Gov. Jerry Brown and others have demonstrated, the West also could lead the way in addressing these root causes.

Brown, along with representatives from states, tribes, higher education institutions, faith organizations and businesses throughout the West and across of the nation will be representing the U.S. at the U.N.’s 23rd International Climate Summit in Germany, through a coalition named We Are Still In. The coalition has a simple message for the world: Americans are already rolling up their sleeves and building climate change solutions, with or without federal leadership.