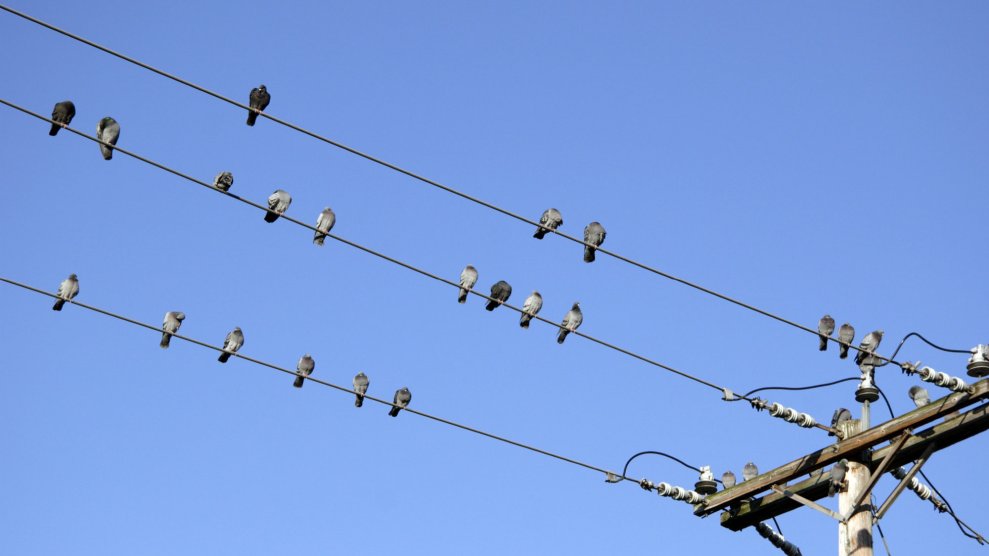 A grove of five or six mature trees, some of them rising more than 50 feet into the air, once grew on a lot abutting our East Boston yard. In the summer, they shaded the cluster of five townhouses that wrapped around the grove. In the winter, we’d stare into the mix of evergreen and deciduous trees, longing for spring.

Besides serving as a mental escape for me and my neighbors, the grove was teeming with life: squirrels chasing each other from branch to branch; bluejays and cardinals leaving the heights to perch on our fence or back porches; pigeons, sparrows, and starlings fighting over the bread my older, homebound neighbor would throw them. We saw raccoons, skunks, the occasional possum family, and, in recent months, a bunny who’d make his way under our fence each morning to eat breakfast.

Then, one day, the grove was razed. The lot, which had been a garden for decades, was purchased and leveled to be turned into three single-family townhouses. In an instant, it seemed, our urban oasis had vanished.

The urban wildlife to which we’d grown accustomed began to disappear as well. In the hours and days after the mature trees were brought down, a few of the squirrels seemed utterly confused and would show up on our decks and in our flower planters, as if to say, “What did they do to our nut warehouses?” The starlings and sparrows continued to perch in the ivy along the remaining fence, but they are fewer and fewer each day. We haven’t seen the gorgeous bluebird and cardinal.

“We have this idea that there’s the urban world and there’s nature. We’re the only species that looks at landscape that way.”

This got me thinking: As we grapple with the impacts of gentrification on low- and middle-income human residents, should we be talking more the displacement of wildlife? What can we humans do to welcome and protect our non-human neighbors? And where did my squirrels and sparrows go?

“We have this idea that there’s the urban world and there’s nature. We’re the only species that looks at landscape that way,” said Dr. Eric Strauss, executive director for the Center for Urban Resilience at Loyola Marymount University-Los Angeles. “It’s not like when a bird flies into Boston, it goes, ‘I’m in a city now.’ We changed this landscape. It’s all still nature, it’s just not nature as we remember it.”

Sharing our city blocks with trees and birds and animals is a good thing. As strange as it sounds, urban wildlife helps control the spread of diseases typically passed from animals to humans, Strauss said. As areas urbanize, he said, top-order predators like wolves and mountain lions are pushed out, creating a pressure release on middle-sized predators like coyotes and foxes. These meso predators “play a really important role in urban areas,” Strauss said, helping reduce the reproductive success of feral cats, which in turn allows bird populations to recover. And birds, as we know, eat the insects that tend to transmit diseases to humans.

“For most of the history of cities, cities were not very healthy places to live,” Strauss said. “When you have an intact animal diversity, you control those zoonatic diseases without having to use as much pesticide.”

More significantly, perhaps, are the socio-spiritual advantages that come to humans from urban wildlife, according to Wayne Petersen, who directs the Important Bird Areas Program at Mass Audubon, which is independent from the National Audubon Society. Listening to the soft chirping of a group of house sparrows or spotting a bluebird out the back window brings joy and perspective to urban-dwellers, Petersen said. For my homebound neighbor, feeding the birds and squirrels off the back porch provided some connection to the outdoors and a daily purpose.

“People need connectivity to the natural world,” Petersen said. “Sadly, in a host of ways, that’s being lost.”

In most cases, the loss of these urban ecosystems is not happening in large tracts, but in bite-sized chunks, Strauss said—a few trees here, a parklet there. What ends up happening is green space becomes relegated to the edges of cities, threatening the more fragile species—like the spotted owl—who rely on larger, more centralized habitats. When those habitats are carved up to make way for a highway or a development, Strauss said, owls and other species may leave urban areas altogether.

“As you begin to disrupt more and more and more, you get down to where only the most general species, or anthropogenic [and] urban-friendly species can survive.”

“As you begin to disrupt more and more and more,” he said, “you get down to where only the most general species, or anthropogenic [and] urban-friendly species can survive.” Given the size and location of the lost grove in East Boston—nestled among triple-deckers and townhouses—Petersen assumed the wildlife who called it home tended to be of this resilient, urban-friendly stock.

So, where did they all go? They’d soon recover from the initial shock of losing their habitat, Petersen said, and would have moved along to the next canopy of trees in the neighborhood or farther afield. They might not have moved as a group, he added: Birds are not communal in the same way people are, and each have their own requirements for survival. But evolving in the city has taught these species to be adaptable and resilient.

“They’re getting food where they need to get it,” Petersen said. “All their other seasonal needs are apparently being met. Some of the birds, things like house sparrows and pigeons, are city birds anyway. This is where they are most happy.”

And unlike species of birds that nest in forests, wetlands, and fields, city birds don’t need much in the way of space. A few trees along Boston’s two-mile-long Rose Kennedy Greenway or in one of the city’s large, historic cemeteries make perfect perches for birds that reside here year-round and those stopping off on their migratory journeys.

Still, the fragmentation of bird and animal habitats is an issue with which cities and neighborhoods will need to continually grapple, said Strauss. A number of cities are creating new ecosystems, such as Boston’s Rose Kennedy Greenway, built on perfectly buildable parcels—and by protecting existing habitats. In Los Angeles, civic leaders have cobbled together a patchwork of funding from state and federal block grants and donations to carve out dozens of “pocket parks” on blighted land throughout the city. These parks, which are usually on an acre or less, will dramatically increase L.A.’s green space—and, presumably, its urban wildlife population.

The creation of wildlife habitats on public and blighted lands is not nearly as difficult as the protection of mature trees on private property, Strauss said. But solutions are possible when residents are educated on the benefits of these ecosystems and weigh in on how to protect them. “Successful green intervention is a negotiated settlement within a community,” Strauss said. “Communities need to decide not what green spaces or animals they want, but what ecosystem services they want from their green space,” he says. Once a community decides what it wants from nature, the specific trees and animals to introduce or protect becomes clearer. And with a regulatory framework in place to protect living ecosystems, cities can enforce it with a system of incentives and penalties.

“We have policies in place where we give massive incentives to private individuals and corporate entities to do the public good, and we also have penalties when those trusts are broken,” Strauss said. “The same calculus should be applied to green space.”