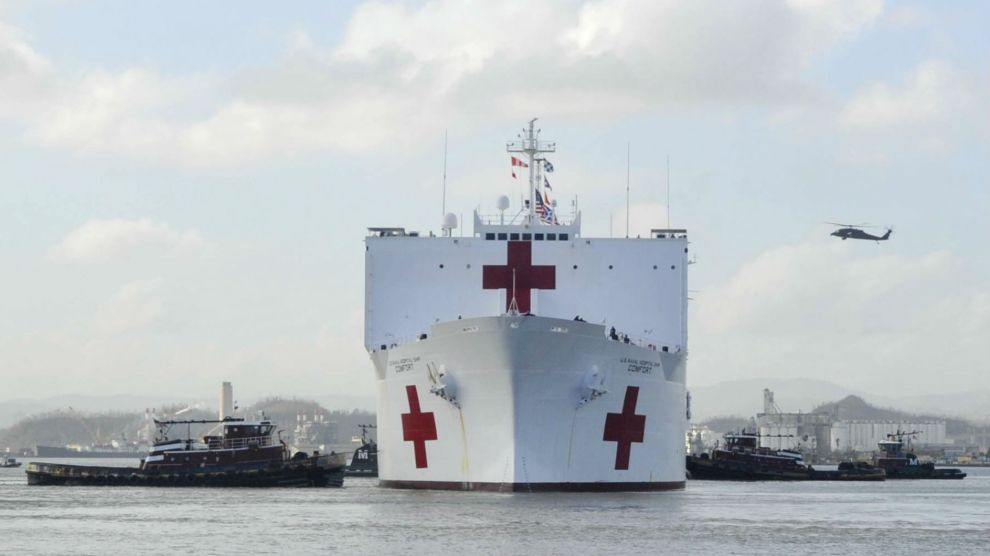 After Hurricane Maria hit Puerto Rico two months ago, we asked readers what they wanted to know about the crisis. Many of you asked about conditions on the ground, the status of electricity and clean water, and how aid was being allocated.

But one of the most frequent questions was about how to help. Whether it was providing funds for medical care, rescuing pets, or volunteering to help with the clean-up, there are many ways to respond to a disaster—some are effective and others…not so much. We asked some experts for some guidance. The most important takeaway?  It’s never too late to pitch in.

Is it okay to wait?

When barraged with images of suffering people, we often feel as if we need to help immediately. Bob Ottenhoff, the president and CEO of the Center for Disaster Philanthropy, a nonprofit started in 2004 in the wake of Hurricane Katrina, points out, “We often rush to help before we know how to help, but it’s okay to wait a few days, as long as you ultimately make a contribution.”

Waiting a few days, or even weeks, provides the time to consider who to help, why, and the best way to do it. The pause can also provide a better sense of which organizations are providing assistance, and what they have done.

In the aftermath of a disaster, cash is king. Ottenhoff recommends that donors divide their contributions into two parts: one for immediate recovery, and another for long-term recovery. “One of the problems with disaster philanthropy is that most gifts are given within 30 days,” he says, “and that doesn’t leave enough support for long-term recovery.”

Experts discourage people from volunteering or making in-kind donations of, say, food or medical supplies, after a disaster, because their efforts can sometimes become a part of the problem. When unexpected volunteers appear, they often find there’s no housing or food for them. Or goods pile up with no way of being transported, contributing to what some aid groups have called a “second disaster.”

“If there’s a specific need articulated, and you know there’s a request for certain items, then it’s absolutely okay to send things,” says Michael Thatcher, president of Charity Navigator, a charity watchdog. And if you’re not sure, he says, “talk to the organizations. They’ll be quick to say whether [they] need it or not.”

Choose your charities carefully, and develop relationships with them.

“Start with your own values and priorities, what really matters to you, and find organizations that mirror that,” Ottenhoff recommends. Options for more general assistance are relief funds, which are often created and managed by organizations or community foundations on the ground.

Not all charities are created equal, however, and Thatcher recommends looking at a charity’s financial structure and nonprofit tax status to make sure that your contribution will go to a place that’s on good financial footing. Nonprofits often post their tax forms, called 990s, on their websites, and you can check how much of an organization’s money goes to the cause and how much for overhead. “It’s going to be different for every organization,“ Thatcher says, “but if you see less than 50 percent [going to program expenses], I would look elsewhere.” A number of groups, such as Charity Navigator, GuideStar, the Center for Disaster Philanthropy, and the Better Business Bureau, provide ratings on charities, and you can often check there. (Charity Navigator maintains helpful lists of the top-rated charities working in disaster relief areas. See their lists for organizations currently helping with Hurricane Harvey and Hurricane Maria.)

“In general, a disaster is not the time to support the inexperienced. Sometimes they can work, but a lot of times, they won’t have the capabilities we’d like to have.”

Crowdfunding initiatives or charities that pop up soon after a disaster are often more complicated. Unless you know these organizations or the individuals raising the funds personally, it’s important to apply more scrutiny to these cases because they “don’t have the experience to maneuver through the quagmire of a disaster,” says Ottenhoff. “In general, a disaster is not the time to support the inexperienced. Sometimes they can work, but a lot of times, they won’t have the capabilities we’d like to have.”

And of course, don’t forget to follow up. “Think of your giving as investing and build a rapport or relationship with the organization that’s doing the work,” says Thatcher. It’s perfectly okay—and important—to be proactive reach out several months later to ask a charity where your money has gone.

In the wake of a disaster, some groups may face more obstacles to accessing help than others—maybe because of language barriers or immigration status. Undocumented immigrants, for example, are unlikely to receive federal assistance because of their status, or they may avoid going to evacuation centers.  In these cases, it’s important to consider donating to local organizations or community foundations that have strong connections with these communities, says Daranee Petsod, president of Grantmakers Concerned with Immigrants and Refugees. After wildfires decimated Northern California, GCIR helped set up UndocuFund, a relief fund for undocumented victims of the fire. “The most vulnerable and marginalized people tend to trust their local groups,” says Petsod.

Dig in for the long haul.

Relief efforts take time, and it can be years before some communities will ever recover from a disaster. After the headlines disappear, many groups will still need support.

“The best way to help, is to help over time,” says Thatcher. That’s why donating a little less up front, but continuing with a recurring donation, can help organizations know what funds they’ll have in the long term.

These are likely to be useful lessons in the future. “We’ve seen an unprecedented number of disasters in a short period of time, and it ought to be a warning that the number of disasters will only increase,” Ottenhoff notes. “Disasters are a part of our lives, and we ought to plan for them.”