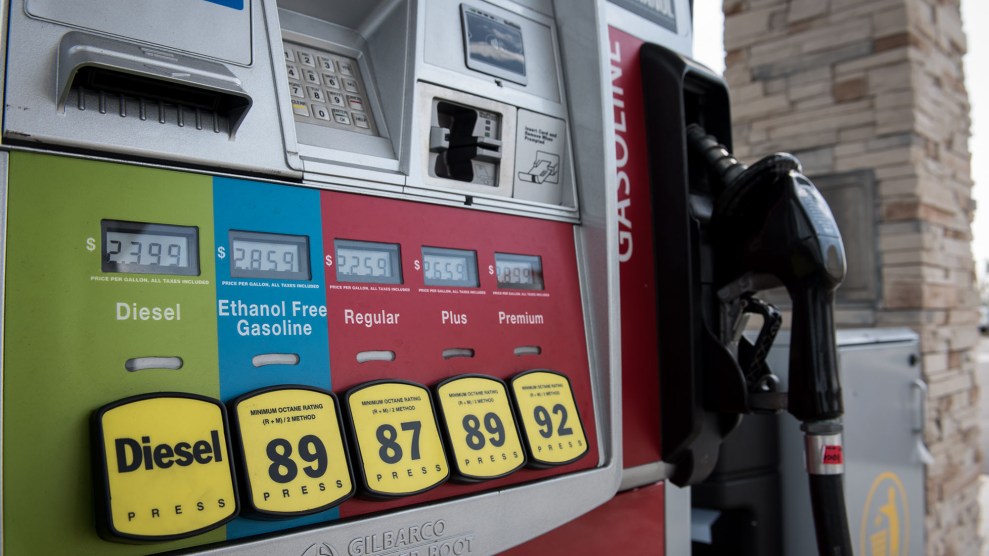 On Monday, the Environmental Protection Agency ended yet another key climate policy from the Obama era. EPA administrator Scott Pruitt signed a plan to roll back fuel economy standards that the EPA first finalized in 2012. The rule would have raised fuel economy standards for cars and SUVs to 54.5 miles per gallon by 2025.

But Pruitt’s announcement left one major question unsettled: Will the Trump administration also revoke a waiver that allows 13 states, spearheaded by California, to enforce higher fuel economy standards? Pruitt has not taken formal action, but suggested as much in statements on Monday, telling Bloomberg News, “California is not the arbiter of these issues.”

The federal government has granted a waiver for California to pursue tougher vehicle emission standards for decades. Since the passage of the Clean Air Act in 1970, the only administration to challenge the waiver was the George W. Bush administration in 2008, a federal challenge that Obama ended when he took office. When the EPA moved to regulate greenhouse gasses from cars, it was catching up to California’s existing standards.

If Pruitt leaves the waiver in place, it would limit the greenhouse gas damage of Trump’s reversal; California has such a large market, it effectively sets standards for the rest of the country since many car manufacturers don’t want to produce vehicles that they can’t sell in California. Revoking it would almost certainly provoke a lengthy legal battle.

The clash underscores some of the contradictions of Pruitt’s talk of “cooperative federalism,” a phrase he uses to justify weakening federal standards to shift environmental regulation to the states.

California’s government may not be pleased with the new rule, but the auto industry, which had previously embraced the standards during its financial crisis in 2009, later charged that the Obama administration shouldn’t “jam standards that are inconsistent with consumer behavior.” The Obama EPA estimated that the rule would save 1.2 billion barrels of oil and save consumers a net $100 billion.

“This move sets us back from years of advancements by the automotive industry put in motion by states that took the lead in setting emission standards,” Democratic governors from California, Oregon, and Washington said in a joint statement on Monday. “These standards have cleared the haze and smog from our cities and reversed decades of chronic air pollution problems, while putting more money in consumers’ pockets.”

Last year, when Trump first announced his plan to reverse the auto standards, California Gov. Jerry Brown (D) promised to “take the necessary actions to preserve current standards.” After the EPA announced it’s decision Monday, Sen. Kamala Harris (D-Calif.) released a statement that hinted at potential legal challenges to protect the Obama-era rule. “This administration’s decision to place another target on California’s back will be met with a fight.”