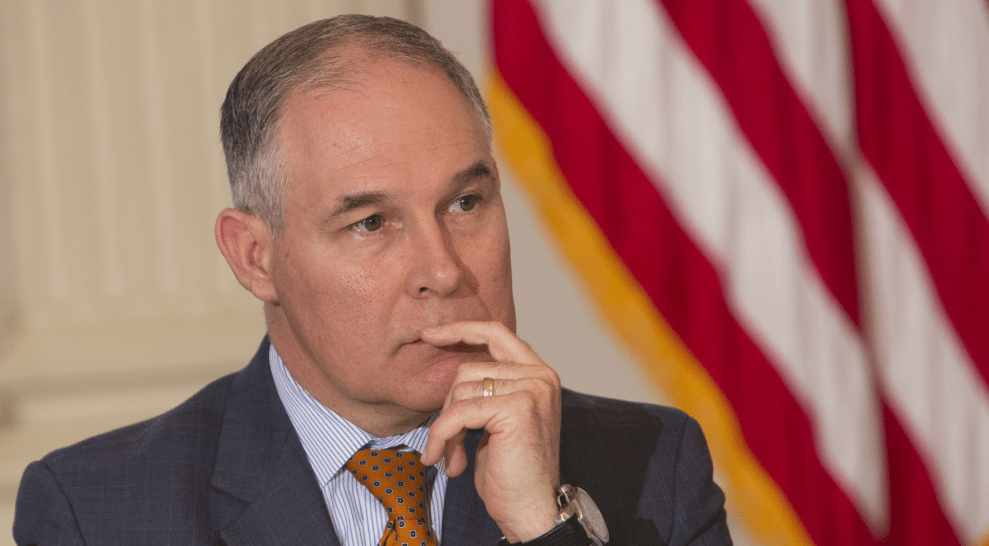 Scott Pruitt may have been spared in Friday evening’s news dump, but the ethical questions threatening his role as Environmental Protection Agency administrator continue apace.

Financial documents obtained by the Associated Press reveal that over the year that Pruitt has been on the job, the embattled EPA head has spent upwards of $3 million on his 20-member security detail—a staggering figure that is reportedly more than three times the amount his predecessor shelled out for a part-time security team. The records also appear to confirm previous allegations that Pruitt had used multiple security agents for non-EPA trips, including a family vacation to Disneyland and the Rose Bowl football game.

Pruitt has been under intense fire for his lavish, tax-payer funded spending habits, which include a secure telephone booth in his office, lavish furniture (he reportedly wanted a bulletproof desk but was ultimately rebuffed), and regularly flying first-class during official EPA trips. As with all of his financial excesses, he defended the pricey flights as a security necessity—this time to shield him from potential harassers in coach. “We’ve had some incidents on travel dating back to when I first started serving in the March to April timeframe,” he told the New Hampshire Union Leader in February. “We live in a very toxic environment politically, particularly around issues of the environment.”

Adding to Pruitt’s mounting woes this week is the controversy over his ties to an energy lobbyist couple who rented out a room in their DC condo to him for just $50 a night. (Pruitt, in turn, approved a pipeline expansion plan by an energy company linked to the lobbyist’s firm, though the EPA and the lobbying firm deny any impropriety.) News of the living arrangement was said to have exasperated White House officials, including Chief of Staff John Kelly who last week reportedly advised President Donald Trump to get rid of the scandal-ridden EPA chief.

Nonetheless, Pruitt still has his fans, including Sen. Ted Cruz (R-Texas) and Sen. Rand Paul (R-Ky.). But none as important as the president. In a tweet Friday, Trump voiced his support for Pruitt, saying he was “doing a great job.”

Do you believe that the Fake News Media is pushing hard on a story that I am going to replace A.G. Jeff Sessions with EPA Chief Scott Pruitt, who is doing a great job but is TOTALLY under siege? Do people really believe this stuff? So much of the media is dishonest and corrupt!