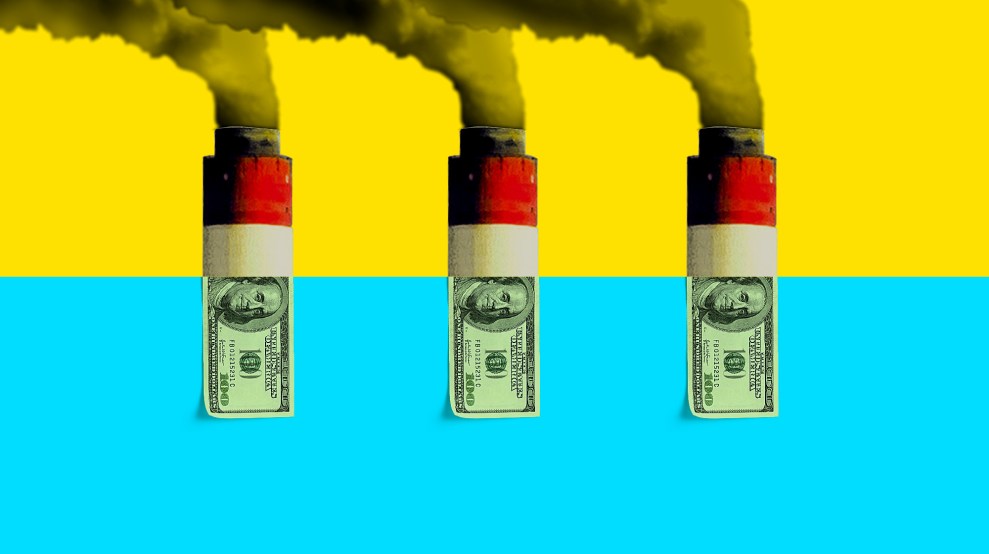 Progressive states have defied the Trump administration’s commitment to fossil fuels by passing laws that raise renewable mandates and cap pollution. Their resistance is not just a matter of scoring political points, but about averting catastrophe if we do not address climate change. As 91 researchers with the United Nations Intergovernmental Panel on Climate Change demonstrate in an alarming report out this week, time is running out. And yet no single state in the U.S. has yet embraced what economists have long considered to be the holy grail of climate policies: a tax on carbon.

Washington’s environmentalists are trying to make their state the first, but it hasn’t been easy. After an unsuccessful ballot initiative in 2016 and five failed Democratic-backed bills in the Statehouse, they hope that this November, voters will conclude that ballot initiative 1631 is not only effective for cleaner air, but also a powerful tool for social justice. Legally it’s considered a “fee” instead of a “tax,” but the effect is the same

Even if it succeeds, the initiative in Washington wouldn’t make a dent in global average price of carbon, which IPCC economists estimate would need to be somewhere between $140 and $590 a ton in the decades to come for serious climate action. Still, it’s a start.

Multiple states have implemented cap-and-trade programs, but a straightforward tax has proved harder to enact because it requires lawmakers to summon the political courage to raise taxes. Another stumbling block: making sure its burdens don’t overwhelmingly fall on low-income residents. Policymakers have also squabbled about what to do with the windfall—rebate it to taxpayers and businesses, as some conservatives argue, or expand government programs and boost renewable investment?

Washington state has debated all this before. Two years ago, 59 percent of voters opposed a carbon tax that was designed to ramp up over time and be revenue neutral. Some of the most vocal critics were environmental groups like the Sierra Club and the state’s branch of the League of Conserva­tion Voters, which wouldn’t support the plan because it relied heavily on taxpayer rebates instead of putting revenue toward community development, greening projects, and clean energy.

With Initiative 1631, a loose coalition of some 200 groups known as the Alliance for Jobs and Clean Energy spent years crafting a compromise among labor, social justice, and environmental advocates. The tax level would start at $15 per metric ton in 2020, with $2 increases every year until the state met its 2035 goal: reducing carbon emissions to 25 percent below 1990 levels. Most of the $1 billion raised would go to carbon reduction programs and clean air investment, rather than tax breaks, while a portion would be directed to low-income communities. Electric vehicle fleets and public transit have been floated as options. To appease business and labor, the initiative would exempt cement, aluminum, and glass manufacturing factories from the tax, as well as iron and steel mills and Centralia, the state’s only coal-fired power plant, which is set to go offline in 2025.

Even with such carve-outs, the initiative’s sponsors boast, 80 percent of the state’s emissions would be taxed. Eric de Place, a climate analyst with the Sightline Institute, a Seattle-based sustainability think tank, sees 1631 as a “viable plan” to “create a carbon pricing plan that works for the state of Washington’s economy and honors labor and our commitments to having an industrial workforce.”

But the initiative still faces heavy opposition from the fossil fuel industry, which fears Washington could set a precedent for other states. Most of the biggest in-state polluters would be hit by the tax, and the likes of BP and Andeavor, a Texas-­based oil conglomerate, are spending heavily to defeat it. In April, the Western States Petroleum Association launched “No on 1631,” a political action committee that has attracted millions of dollars from industry. As of September, opponents had raised more than $16 million, outpacing the initiative’s sponsors.

In his annual state address, Gov. Jay Inslee explained that a “child suffering from asthma is just as vulnerable as a grand­parent suffering from COPD, a lung disease aggravated by heat and air pollution.” And Inslee, who has been mentioned as a 2020 presidential contender, has also positioned 1631 as part of blue states’ war with the Trump administration. “With a climate denier in the White House,” he posted on Facebook after collecting signatures for 1631, “we can’t wait for DC to act.”