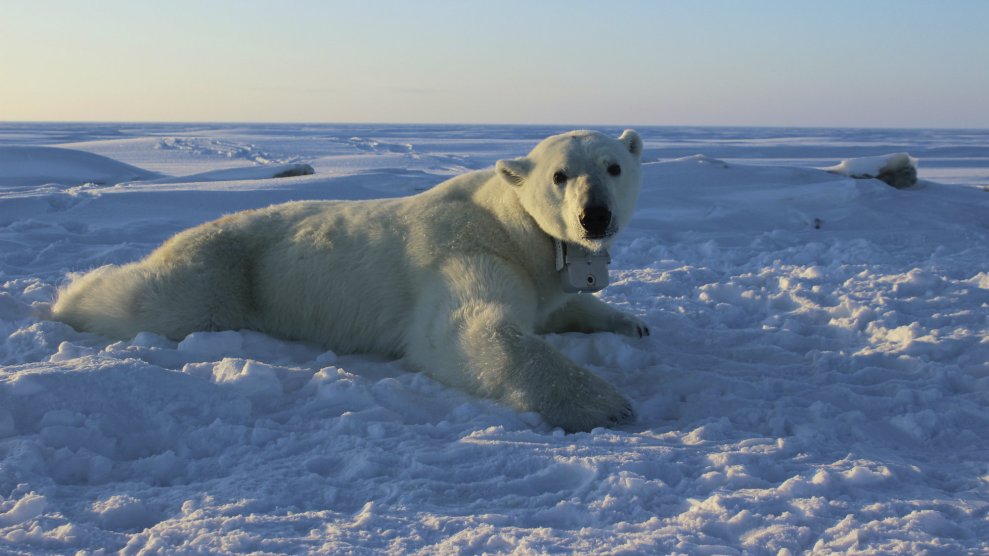 If the environmental risks of opening Alaska’s fragile Arctic National Wildlife Refuge to oil and gas development weren’t enough cause for concern, a new analysis has found that the economic benefits the Trump administration and Republican lawmakers have touted to push the plan are unattainable.

The report, published Wednesday by conservation nonprofit The Wilderness Society, comes as the Trump administration weighs a proposal to allow seismic surveys in the refuge. The surveys would be a key first step in the administration’s push to approve drilling leases as early as 2019.

The Interior Department, which has prioritized opening the area as part of the administration’s fossil fuel-focused “energy dominance” agenda, has said the leases would generate an estimated $1.8 billion in federal revenue over a decade. The Congressional Budget Office has pegged the figure at closer to $1.1 billion.

“It is a pipe dream to say that they’re going to reach those estimates,” Ben Gruel, the Arctic refuge campaign director at The Wilderness Society, told HuffPost by phone Wednesday.

CBO’s estimate assumes that all 800,000 acres are leased for $7,500 per acre, according to The Wilderness Society report, which is based on research conducted by Virginia-based Key-Log Economics and funded by The Wilderness Society. But in recent years, the average acre on Alaska’s North Slope has sold for around $41, the analysis found. And oil prices are forecast to fall in 2019, according to the US Energy Information Administration.

The report also highlights the challenges and high costs of drilling the remote Arctic, notes that approximately half of the 25 million acres of land leased in the continental United States are not producing energy, and calls on Congress to repeal the drilling provision from the tax law.

“The Trump administration is using fake economics and bogus data to mislead Americans as part of its irresponsible rush to turn over our public lands to oil companies for development.”

“The Trump administration is using fake economics and bogus data to mislead Americans as part of its irresponsible rush to turn over our public lands to oil companies for development,” Chase Huntley, senior director for climate and energy programs at The Wilderness Society, said in a statement accompanying the report.

The report adds to previous research showing that the purported economic incentive of opening the area could be wildly off-base.

An analysis by the left-leaning Center for American Progress found that the US government would likely only collect $37.5 million over 10 years. Bloomberg reported in October 2017 that previous lease sales in the Arctic “suggest the US is likely to collect less than a fifth of that billion-dollar goal,” or about $145.5 million.

Even if the CBO’s estimate is correct, lease sales and royalties from drilling in this pristine landscape would, at best, recoup roughly 0.075 percent of the $1.47 trillion that the GOP tax law is expected to add to the national deficit by 2027.

The refuge, considered one of Alaska’s crown jewels and often described as “America’s Serengeti,” covers more than 19 million acres in northeastern Alaska. It is home to polar bears, caribou, moose, and hundreds of species of migratory birds.

“This is the last place in the world that we should be exploring for oil and gas, period,” Gruel said. “The big push and the message around it [is] based on these supremely flawed assumptions that are more flawed as the days go by. That’s the big take-home here.”

Republicans have been working for decades to open the refuge’s coastal plain for oil drilling. The tax law, which President Donald Trump signed a year ago this week, allows for 2,000 acres of the 1002 Area to be developed above ground with well pads and support facilities.

Scientists, environmentalists, and a bipartisan group of former Interior Department officials have sounded the alarm that energy production could be devastating for the landscape and numerous species. Experts, including some at the US Fish and Wildlife Service, as Mother Jones reported this month, have warned that one of the most immediate concerns is the threat that seismic operations pose to denning polar bears.

Murkowski has dismissed the idea that fossil fuel production puts this remote swath of northeast Alaska at risk, saying during a Senate hearing last year that “this is not a choice between energy and the environment.”