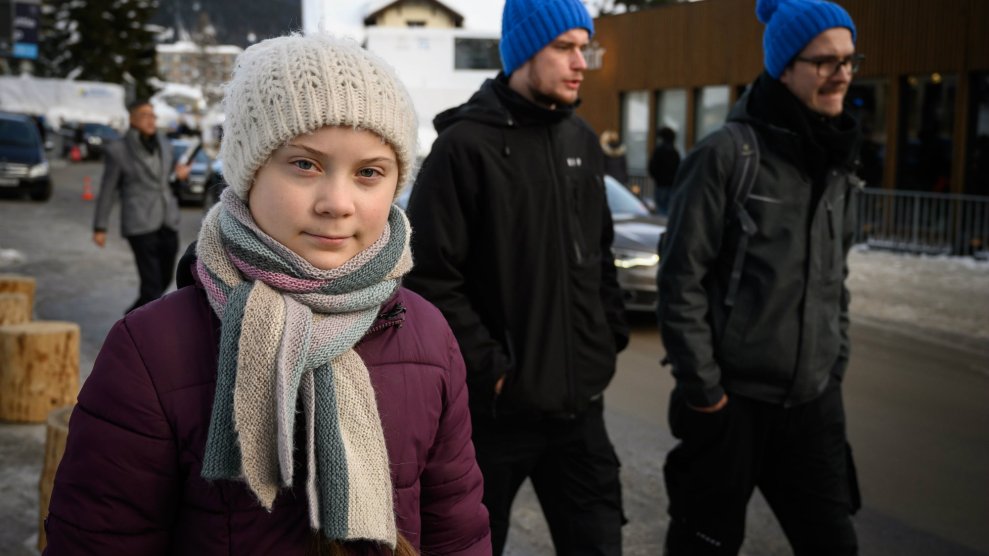 The number of students participating in school strikes for climate action is continuing to rise around the world.

Last week more than 60,000 students refused to go to their classes, the largest number yet.

The protests were sparked last year when 16-year-old Swedish student Greta Thunberg began a solo protest against inaction on global warming in August. Students around the world have been inspired to do the same, with thousands skipping school in Australia in November. Last Friday there were large strikes in Germany, Belgium, and Switzerland, where more than 20,000 students skipped school.

Thunberg accused some leaders of putting profits ahead of tackling climate change. “Some people—some companies and some decision-makers in particular—have known exactly what priceless values they are sacrificing to continue making unimaginable amounts of money,” she said.

“I want to challenge them into real and bold climate action, to set their economic goals aside, and to safeguard the future living conditions for humankind,” she said. “I ask you to stand on the right side of history. I ask you to pledge to do everything in your power to push your own business or government in line with a 1.5 C world.”

The world’s scientists warned in October that, without a dramatic ramping up of action to cut emissions, global temperatures would rise by more than 1.5 C above pre-industrial levels, with severe consequences for humanity. At the UN climate summit in December, Thunberg had a meeting with the UN secretary general and said: “Since our leaders are behaving like children, we will have to take the responsibility they should have taken long ago.”

The school strikes last Friday were by far the biggest to date. In Germany, an estimated 30,000 students left their schools in more than 50 cities to protest, carrying banners including: “Why learn without a future?” and “Grandpa, what is a snowman?” One 17-year-old student in Kiel, Moritz, told Deutsche Welle: “We want to help shape and secure our future so that there will be another world for us to live in in 60 years.”

In Belgium, 12,500 students went on strike last Thursday and plan to strike weekly until the European Union elections in May. Some teachers were tolerant of the truancy. Patrick Lancksweerdt in Brussels said, “Education has to turn youngsters into mature citizens. By their actions, they proved that they are.”

School strikes also took place in 15 cities and towns in Switzerland. In Geneva, 12-year-old Selma Joly said, “Frankly, I would rather demand climate action than go to school. Otherwise, years from now, we may no longer be here.”

Janine O’Keeffe, who helps coordinate and keep track of the school strikes from her home in Stockholm, Sweden, was surprised at the scale of last week’s actions: “I am still in shock, actually—a nice kind of shock.”

In the United Kingdom, a small number of students have already begun strikes, including 13-year-old Holly Gillibrand in Fort William. Plans are now being made for a big strike on February 15.