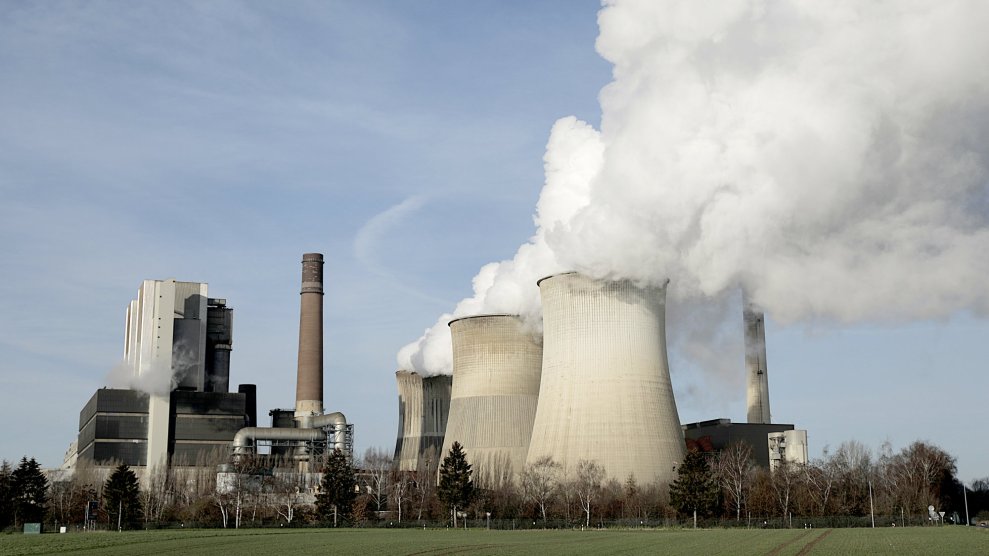 Around three-quarters of US coal production is now more expensive than solar and wind energy in providing electricity to American households, according to a new study.

“Even without major policy shift we will continue to see coal retire pretty rapidly,” said Mike O’Boyle, the co-author of the report for Energy Innovation, a renewables analysis firm. “Our analysis shows that we can move a lot faster to replace coal with wind and solar. The fact that so much coal could be retired right now shows we are off the pace.”

The study’s authors used public financial filings and data from the EnergyInformation Agency (EIA) to work out the cost of energy from coal plants compared with wind and solar options within a 35-mile radius. They found that 211 gigawatts of current US coal capacity, 74percent of the coal fleet, is providing electricity that’s more expensive than wind or solar.

By 2025 the picture becomes even clearer, with nearly the entire US coal system out-competed on cost by wind and solar, even when factoring in the construction of new wind turbines and solar panels.

“We’ve seen we are at the ‘coal crossover’ point in many parts of the country but this is actually more widespread than previously thought,” O’Boyle said. “There is a huge potential for wind and solar to replace coal, while saving people money.”

“There is a huge potential for wind and solar to replace coal, while saving people money.”

Coal plants have suffered due to rising maintenance costs, including requirements to install pollution controls. Meanwhile, the cost of solar and wind has plummeted as the technology has improved. Cheap and abundant natural gas, as well as the growth of renewables, has hit coal demand, with the EIA reporting in January that half of all US coal mines have shut down over the past decade.

“Coal is on its way out,” said Curtis Morgan, the chief executive of Vistra Energy, a major Texas-based coal plant owner. “More and more plants are being retired.”

Data released last week highlighted the rise of renewables, with electricity generation from clean sources doubling since 2008. The bulk of renewable energy comes from hydro and wind, with solar playing a more minor, albeit growing, role.

Renewables now account for around 17 percent of US electricity generation, with coal’s share declining. However, the power of coal’s incumbency, bolstered by a sympathetic Trump administration, means it isn’t on track to be eliminated in the US as it is in the UK and Germany.

Fossil fuels continue to receive staunch institutional support, too. A recent report released by a coalition of environmental groups found that 33 global banks have provided $1.9 trillion in finance to coal, oil and gas companies since the 2015 Paris climate agreement.

In sobering figures released last week, the EIA predicted that US carbon dioxide emissions from energy will remain similar to current levels until 2050, with coal consumption dropping but then leveling off beyond 2020.

Such a scenario, disputed by other experts who argue the transition to renewables will be more rapid, would be compatible with disastrous climate change, causing vast areas of the US coastline to be inundated, the spread of deadly heatwaves, growth of destructive wildfires and food and water insecurity.

The Trump administration has largely ignored scientists’ warnings over these dangers, instead pushing ahead with an “energy dominance” mantra whereby enormous tracts of federal land and waters are opened up for oil and gas drilling.

The Energy Innovation report, which suggests the “smooth shut down” of aging coal plants, comes as states and territories start to rally to California and Hawaii’s lead in committing to 100percent renewable energy.

Lawmakers in New Mexico recently decided to follow suit, with Puerto Rico poised to vote on the issue this week as states and territories attempt to address climate change in lieu of the federal government.

“It would be better if we had a federal cohesive policy because not all states will take the initiative,” said O’Boyle. “In order to get an affordable, clean energy system we need both federal and state actors involved.”