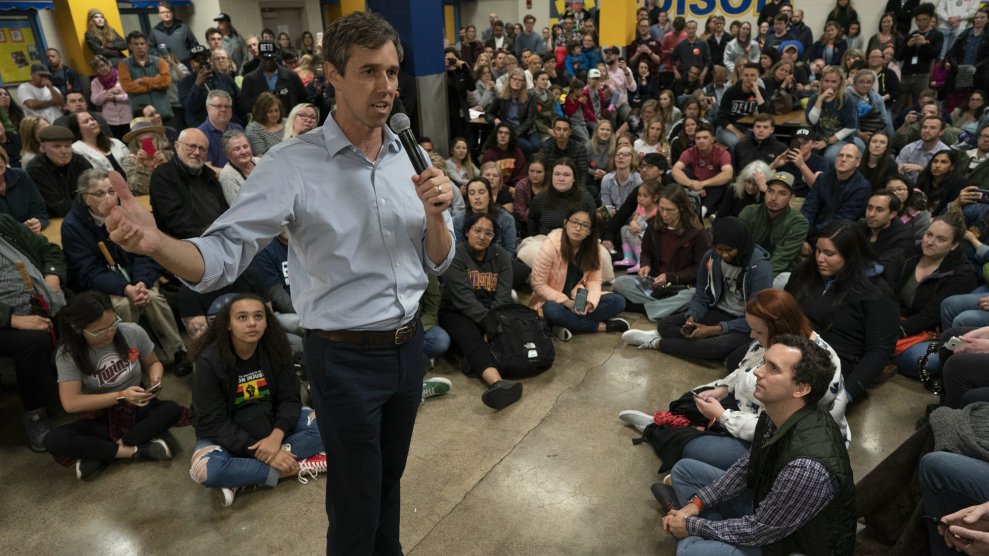 Of the nearly two dozen Democrats running for president, only two campaigns have so far laid out deadlines for transforming American life to slash the pollution that is warming the planet’s climate.

The world’s scientists warn that governments have about 11 years to put in place strategies to cut emissions from power plants, cars, buildings, factories and land use. Once the next US president takes office, they will have nine years.

Passing large-scale climate legislation or writing new regulations for industry could take years, even if it is the next president’s primary priority. Any new administration will need to enter office with a detailed proposal and timeline to make a dent in the country’s share of climate pollution, experts agree.

What needs to be done and when?

“The more that we delay, the harder it will be,” said Sonia Aggarwal, vice-president of the climate policy group Energy Innovation. “The sooner we get started, the more we’ll see deployment of new and increasingly very low-cost technologies that can reduce emissions.”

Aggarwal said the changes required are “nothing short of remaking our economy” at a “fundamental level”. Energy Innovation advocates for tackling the biggest and least complicated emissions cuts first. That includes switching to clean sources of electricity and scaling back super-polluting gases, including methane emissions from the oil and gas industry and fluorinated gases used in refrigeration and air conditioning.

But as Democrats cast Donald Trump and other Republicans as resistant to even acknowledging the crisis, most Democratic candidates have yet to reach that level of detail in their policy proposals.

Who is ahead of the pack?

The Washington governor Jay Inslee and Texas congressman Beto O’Rourke want the US to be carbon-neutral within the next three decades. Both have unveiled detailed climate policy plans. Inslee would set milestones for three sectors that could drive major reductions: power, transportation and buildings. He has earned praise for his specificity. O’Rourke would also spend $5 trillion on green infrastructure.

Senator Elizabeth Warren has proposed banning new coalmining and oil drilling on public lands, which could cut US emissions but fall short of what scientists say is needed. A House climate committee will consider the idea.

Some advocates say it is too soon to judge Democratic candidates on climate, with the 2020 election season starting earlier than ever.

“At this early stage in the campaign, the most important thing is that the candidates get the policy right and commit to making climate change a top priority,” said Varshini Prakash, the leader of the youth-run Sunrise Movement. She said the group is looking for candidates who will “put the full weight of the government behind a transformation of our economy and society.”

Lynn Scarlett, a vice-president for policy at the Nature Conservancy, said, “Regardless of the details, it is encouraging to see how elevated this issue has become.

“We recognize that successfully getting policy across any finish line often means going in with some broad principles and some broad paradigm but using the legislative process in a give-and-take to work out the devilish details,” Scarlett continued.

Who doesn’t have a comprehensive plan?

The Vermont senator Bernie Sanders speaks frequently about the urgency of the climate change problem and supports a Green New Deal to fight global warming while making life more equitable for the poor and people of color. In 2015, Sanders unveiled a plan to cut US carbon emissions 80 percent by 2050, but so far this campaign season he has not laid out a timeline for the broad strategies he supports.

Sanders has signed a pledge to refuse donations from fossil fuel interests, but other prominent Democrats have not, including the New Jersey senator Cory Booker, California senator Kamala Harris and former vice-president Joe Biden.

Booker has an environmental justice plan to crack down on pollution in vulnerable communities, but he has not set a timeline for cutting carbon emissions. Harris is a co-sponsor of the Green New Deal but has otherwise said little about what she would do.

Biden entered the race last month, marketing himself as the only candidate who can beat Donald Trump. Biden was the first senator to propose climate legislation, but he has not endorsed a Green New Deal or any other specific policies recently.

When will the others catch up?

RL Miller, chair of the California Democratic party environmental caucus and political director of Climate Hawks Vote, said the campaigns are progressing on climate but running out of time.

“We have two plans and a lot of buy-in on some concepts that have not been fleshed out into plans,” Miller said.

One poll of Democrats recently showed climate change is their top issue. A United Nations report warned this week that as the Earth absorbs rising temperatures, human society is in jeopardy.

Miller said with the first debate in less than two months, candidates should be expanding on their ideas more.