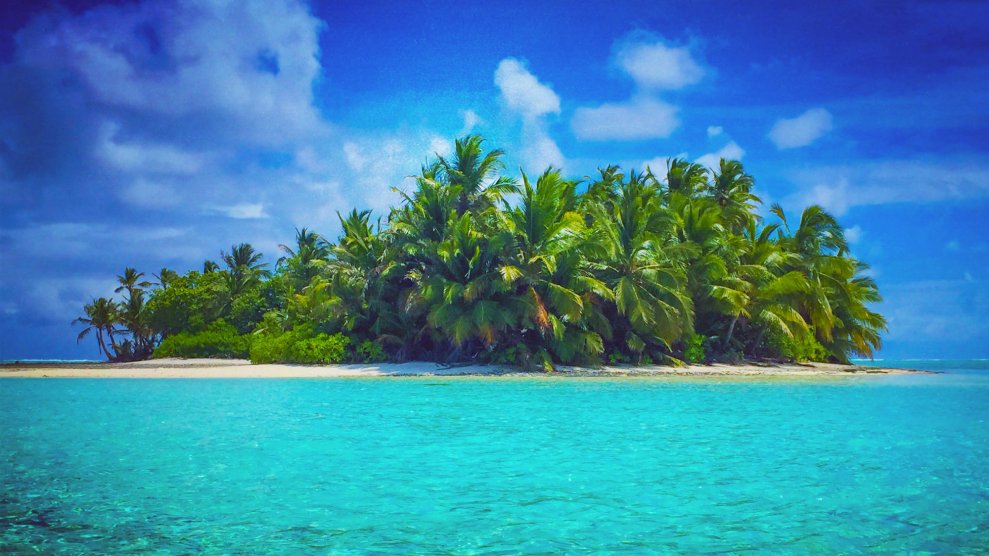 This story was originally published by Atlas Obscura and is shared here as part of the Climate Desk collaboration.

Charles Darwin was utterly charmed by the Cocos (Keeling) Islands. When the naturalist visited the remote archipelago of 27 small coral islands in the eastern Indian Ocean, in April 1836, he jotted down rave reviews in his journal. There, he gushed about the sight of the “finest white sand” and the pleasure of sitting in the shade beneath the “tall waving trunks” of the “Cocoa nut” trees. He was awed by the lagoons, and the “fields of delicately branched Corals” below their surface. “Throughout the whole group of Islands, every single atom, even from the most minute particle to large fragments of rocks, bear the stamp of once having been subjected to the power of organic arrangement,” Darwin wrote. “Such formations surely rank high amongst the wonderful objects of this world.”

The islands, which are Australian external territories and roughly 1,300 miles from the country’s northwest coast, are still lorded over by palm trees, still striped with sandy beaches, still dreamy little freckles of land in a turquoise sea. But a new paper published in Scientific Reports suggests that they’re also lousy with trash.

Back in 2017, Jennifer Lavers, a marine ecotoxicologist at the Institute for Marine and Antarctic Studies at the University of Tasmania, set out to sample the trash that collected on their shores. Lavers often researches plastic pollution; she previously dug into the plastic debris piled up on Henderson Island, a relatively pristine coral atoll and UNESCO site in the South Pacific. For this new work, Lavers visited seven of the chain’s 27 islands. The selected sites comprise 88 percent of the archipelago’s overall landmass, and included both inhabited and uninhabited islands. (Only two of are peopled—as of 2014, their total population was around 600—and one is a national park and mating ground for seabirds.)

Some trash was glaringly obvious—waterlogged flip-flops, plastic bottles, and tangles of rope are hard to miss.

Lavers sampled lagoon and ocean-facing beaches across the sample sites, and looked at various types of sediments, including sand and pebbles. Some trash was glaringly obvious—waterlogged flip-flops, plastic bottles, and tangles of rope are hard to miss. To capture less-conspicuous debris, Lavers exhumed debris from a depth of 10 centimeters (roughly four inches).

It wasn’t feasible to sample every nook and cranny of the archipelago. Some portions “are difficult to access due to the very shallow lagoon—even with a kayak it can be challenging, especially in the extreme heat,” Lavers writes in an email. But in the places where she did look, Lavers found a whole lot of garbage.

On top of the sand and hidden just beneath it, Lavers recorded 23,227 pieces of trash. About a quarter of the items were single-use plastics—particularly products such as straws, toothbrushes, and flimsy bags—and another 60 percent or so were microplastics, smaller shards that splinter off bigger pieces and are pretty much everywhere. “We definitely see microplastics washing up in the waves, as well as larger items like buoys and polystyrene trays,” Lavers writes. The density of the debris varied from spot to spot, depending on whether a particular site was exposed to or insulated from currents that bandied the trash to shore. Overall, there was considerably more debris buried beneath the sand than sitting on top of it.

By marrying the mean density data Lavers gathered on the ground with aerial imagery of the islands, Lavers and her collaborators estimated the total trash that might be present along the entire archipelago. They put the figure at 414 million pieces—a big, filthy human fingerprint smudged across a landscape where there are very few people to begin with.

The same unblemished shoreline that enchanted Darwin is part of what drew Lavers to the archipelago, too. Without the compounding variables of, say, locally generated trash or well-intentioned cleanups, the trash on the beach is a good proxy for what’s out there bobbing around in the ocean. In their paper, the authors characterized their data about debris density and number as “conservative,” and note that they “should be interpreted as minimum estimates.” That’s partly because of the limitations of surveying a wide expanse, and partly because it’s hard to overstate plastic’s range: Shards have turned up in oceans, rivers, and other landscapes all around the world—as deep as the Mariana Trench, and as high as the slopes of the French Pyrenees. Regarding Lavers’s study, University of Toronto ecologist Chelsea Rochman, who studies microplastics, told NPR that “It’s just kind of sad to kind of read about it and think, ‘Yep, okay, this is becoming, I guess, normal.’ “

The full picture of plastic’s impact on ecosystems is still coming into view, and single-use plastics continue to proliferate. That means researchers cataloguing trash in beautiful, far-flung places will have a mess on their hands for years to come.