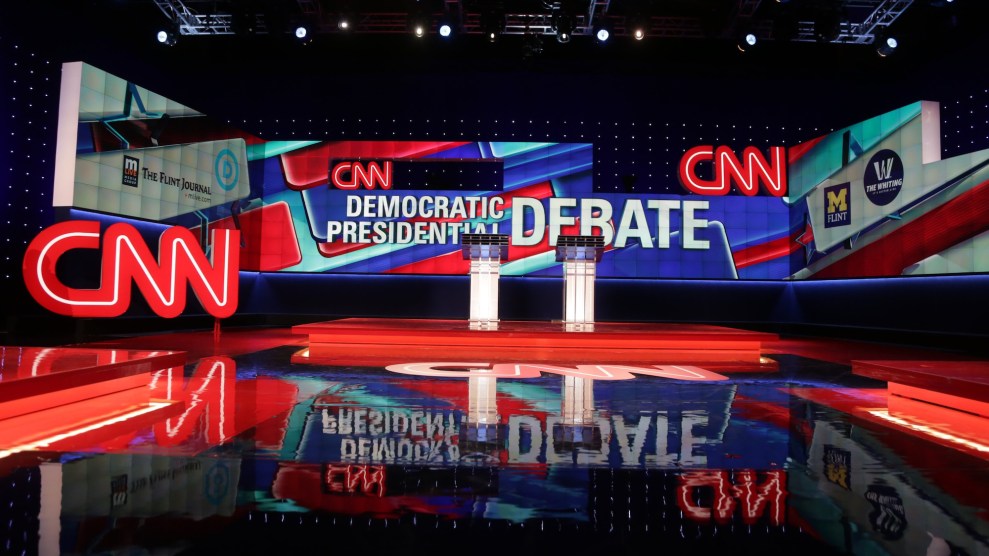 The pressure for a debate on climate change is only escalating since the Democratic National Committee rejected a call to devote one of its dozen debates to a subject that’s grown in urgency and salience among the Democratic base.

Frontrunner Joe Biden has seemingly threw his support behind a climate change debate, saying “I’m all in” in a video exchange captured by Greenpeace in Iowa. At the same time, Sierra Club has launched a petition Tuesday that targets its listserve of over 1 million members. The ranks of progressive activists, candidates, and DNC members that have been agitating for a change in rules have grown in the last week.

“We will not be silenced from demanding a debate devoted to climate solutions,” the petition reads. “The DNC says it has voters’ best interests in mind with this decision not to hold a climate debate. But as a voter, I’m telling you climate change is the single most important issue I want candidates to address rigorously with a debate.”

But the DNC isn’t backing down from a position it first outlined to Mother Jones in April, saying that climate will get its due attention in the debates, but the DNC won’t let candidates participate in an outside formal debate. If they do, they’ll risk being disqualified from the official debates. “To amend these rules now after having enforced them throughout this primary process, would be putting our thumb on the scale,” DNC Chair Tom Perez wrote Tuesday on Medium.

Perez said this weekend that he worries every debate would otherwise become “a single issue debate in order to address the concerns,” according to the Tampa Bay Times, a claim that is frustrating to people who see climate change as an all-encompassing problem that could tie in themes that are usually favored in national debate, such as the economy and national security.

There’s plenty of conflict for the candidates to hammer out that go beyond the expected applause lines about rejoining the Paris agreement and seeing climate change as an existential crisis. For starters, though many candidates have embraced the vision for 100 percent clean energy for our economy, Brune listed a series of questions that could fill the 90-minute timeslot: “How do we get there? What timelines? What actions can be taken to accelerate the pace of change in the electric sector? How do we make sure clean energy jobs are good high quality family sustaining jobs? What is the role of executive branch action versus the need for legislative action? How can the next administration undo the damage of the Trump administration?”

On Wednesday, a coalition of progressive groups plan to deliver the more than 200,000 of the signatures they’ve gathered so far to support a climate change debate and stage a protest outside of DNC headquarters. Meanwhile, DNC members have said they will introduce a resolution at an executive member meeting at the end of the month advocating for a climate debate. If it passes, it would allow presidential candidates to participate in an outside debate without risking being barred from the rest of the official debates.

The question of climate debates came into the forefront last week, when Washington governor Jay Inslee announced the DNC’s official position to not hold a climate debate. He explained to Mother Jones last Friday that he hasn’t ruled out participating in a debate organized without the DNC’s blessing. While other candidates, including Elizabeth Warren and Beto O’Rourke, have criticized the DNC’s move, they haven’t gone so far as to say they’d risk being blacklisted from the main stage.

“We shouldn’t even be having this conversation about whether a debate takes place,” Brune says. “This should be an easy decision for the DNC. And I hope they reverse course.”