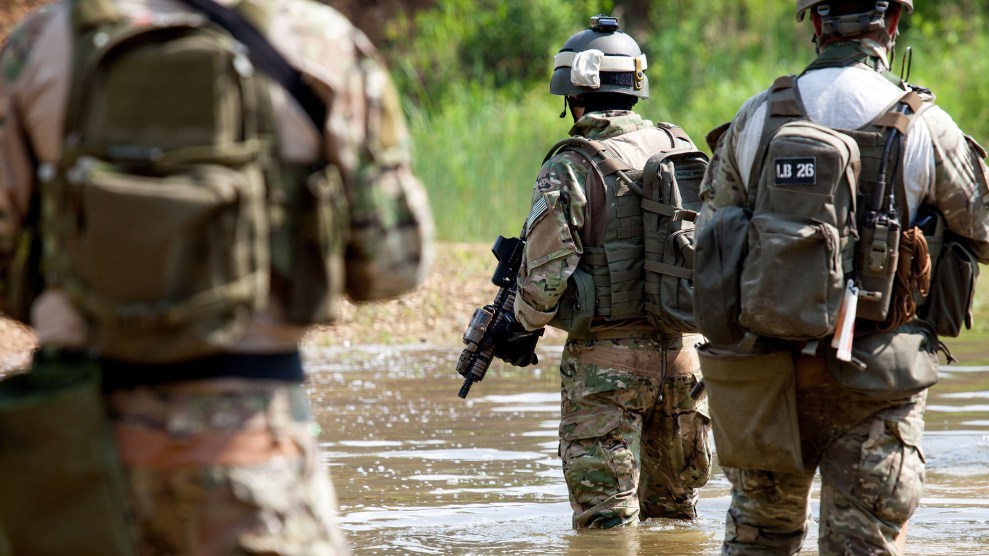 At least 17 soldiers died from heat-related illnesses in the decade between 2008 and 2018, a joint investigation between Inside Climate News and NBC News found. An increase in “black flag” days—days when temperatures pose a high risk of heat casualties—has brought about a rise in non-fatal heat-related illnesses as well, according to the report, published earlier this week. The number of cases of heat stroke or heat exhaustion among active-duty service members grew from 1,766 in 2008 to 2,792 in 2018, despite a smaller active-duty force, according to military data cited in the investigation.

Climate change takes a distinct toll on the US military because many of its installations are in the Southeast, a region that has experienced more severe and more frequent heat waves than other parts of the country, according to the US Global Change Research Program’s National Climate Assessment delivered to Congress in 2018. Training in these areas is intended to simulate combat conditions in parts of the world where the military operates, such as the Middle East—a notoriously sweltering region. But intense training in high heat can have deadly consequences for otherwise healthy soldiers.

“Many US military leaders fought in the intense heat of Iraq and Afghanistan and want their troops to be able to do the same,” David Hasemyer wrote in the investigation’s report. “To them, a few degrees seem insignificant when compared with the rigors of combat. This temperament can raise the risk of heat illness at home and abroad, according to interviews with dozens of current and former military personnel.”

John Conger, the director of the Center for Climate and Security and a former environmental official at the Defense Department, says that commanders’ principal responsibility is to keep their soldiers safe and that their training operations will have to change in response to rising temperatures. “What has to go without question is the fact that the climate is changing,” Conger says. “There are going to be more extreme heat days, and that is necessarily going to influence the way we operate.”

The report says that some military personnel have been reticent to link the increasing number of heat casualties to climate change because of President Donald Trump’s climate science denial. Conger, however, says the Defense Department has no choice but to accept that the climate is changing.

“[The Defense Department] is focused on accomplishing missions,” he says. “To the extent that the changing climate means that they have to have various impacts to operations, they are very fact-based and clear-eyed about it.”

Moving forward, some military bases are requiring water breaks, changing the type of clothing and gear worn during training, and checking soldiers for heat exhaustion. Conger says that in extreme heat, it may even be necessary to move operations indoors.