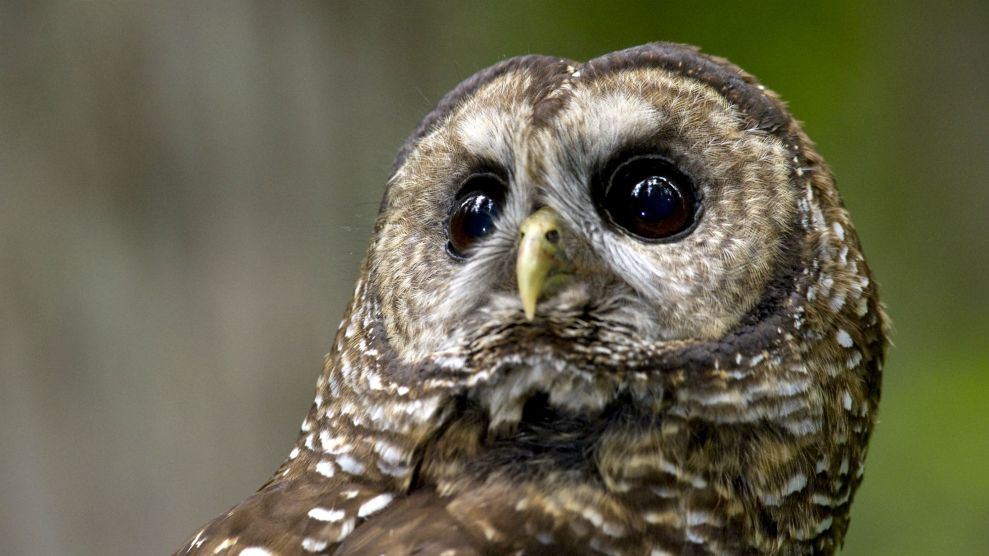 In the past three years, the Trump administration has targeted rules and regulations critical for wildlife survival from every angle: It has stripped long-standing protections and instituted new hoops to jump through in the name of economic growth. It has made it easier for polluters to dump pesticides in lakes and rivers. It has opened public lands for oil drilling. It has approved seismic testing in the Atlantic. In all, President Trump and his allies in Congress have made dozens of attempts to weaken the Endangered Species Act since the president took office.

But of all the ways the federal government has failed to protect vulnerable species, one of the most damaging may be by doing nothing at all.

The Trump Interior Department has approved only 21 species to be listed (on average, less than seven per year)—the “lowest of any administration at this point in the presidential term.”

In order for a species to be protected under the Endangered Species Act, the federal government must officially consider it for listing. Under Trump, officials have simply failed to rule on many cases, despite creating a specific work plan to do so—piling onto an enormous backlog of more than 500 species waiting to be listed as threatened or endangered, or granted other safeguards, like habitat protection. Most of those species have been in limbo since the Obama or Bush administrations, but the Trump administration, environmentalists allege, “consistently failed” to meet its own deadlines to address the backlog.

Now, an environmental group is trying to get the Trump administration to act—via a new lawsuit that could secure safeguards for potentially hundreds of species.

Filed on Thursday in the Washington, DC, district court by the Center for Biological Diversity, a nonprofit that advocates for endangered species, the lawsuit represents 241 species that have been awaiting protections for, in most cases, years—including the eastern spotted skunk, the northern spotted owl, the tufted puffin, and Venus’ flytrap (my personal favorite flora). By the numbers, it’s one of the largest lawsuits ever filed over alleged Endangered Species Act violations.

Ironically, the suit is a result of a plan that the US Fish and Wildlife Service created in part to avoid getting sued by environmental groups, according to Noah Greenwald, endangered species director at the Center for Biological Diversity. Back in 2016, the agency introduced a plan to address the backlog of proposals left behind by its predecessors. But it’s failed to carry out its own plan. According to the lawsuit, the agency missed its own work plan’s deadlines for 30 species in 2017, 78 species in 2018, and 46 species in 2019.

Greenwald claims that the reason for the backlog of pending Endangered Species Act petitions comes down to “political interference at multiple levels,” especially at the Interior Department, where the Fish and Wildlife Service oversees the listing process. “There are these various political appointees in different positions [there] who have a very long record of opposition to the protection of endangered species, and I think they just end up hanging up decisions by asking questions: ‘Well, are we sure about the range of the species?’; ‘Are we sure this threat is really impacting them?'”

The influence of corporate interests at the Interior Department has also been heavily documented. As my colleague Rebecca Leber wrote in January, a report from consumer advocacy group Public Citizen found that past clients of Interior Secretary David Bernhardt, a former energy lobbyist, have spent $30 million lobbying the administration since Trump took office. “Under Trump, insiders have taken control over virtually every agency,” Public Citizen’s Alan Zibel, the report’s author, said at the time, “and the Interior Department is one of the far most egregious examples.” According to a survey of 360 staffers at the Fish and Wildlife Service conducted by the Union of Concerned Scientists in 2018, 69 percent of staffers felt that political interests were a “burden to science-based decisionmaking” at the agency.

But according to the Interior Department, lawsuits from environmental groups are the real problem. “By continually filing lawsuits, frequent filers like CBD [Center for Biological Diversity] want to have the courts impose CBD’s priorities for species protection rather than Fish and Wildlife Service experts,” an Interior spokesperson tells Mother Jones in an email. (The Center for Biological Diversity has sued the Trump administration nearly 200 times since the president took office.)

“[The Trump administration] is not making progress in listing species. Delays in listing results in extinctions in some cases, or further declines in species. It’s serious.”

For species on the brink of extinction, a listing under the Endangered Species Act can be a critical lifeline. At least 47 species have gone extinct while on the waitlist since the Endangered Species Act became law in 1973—a faster rate than species that have been listed. Just in the past decade, Greenwald says, officials have declared at least five once-waitlisted species or subspecies to be extinct, including two freshwater snails, two beetles, and the Tacoma pocket gopher, a gopher subspecies once found in the Pacific Northwest. “[The Trump administration] is not making progress in listing species,” Greenwald says. “Delays in listing results in extinctions in some cases, or further declines in species. It’s serious.”

The lawsuit, Greenwald hopes, will jolt the administration into action—if Trump still occupies the White House by the time the case closes. Victory for environmentalists may, after all, come in another form: a new administration in 2021. “It’s been a setback these four years,” Greenwald says. “Another four years seems devastating.”