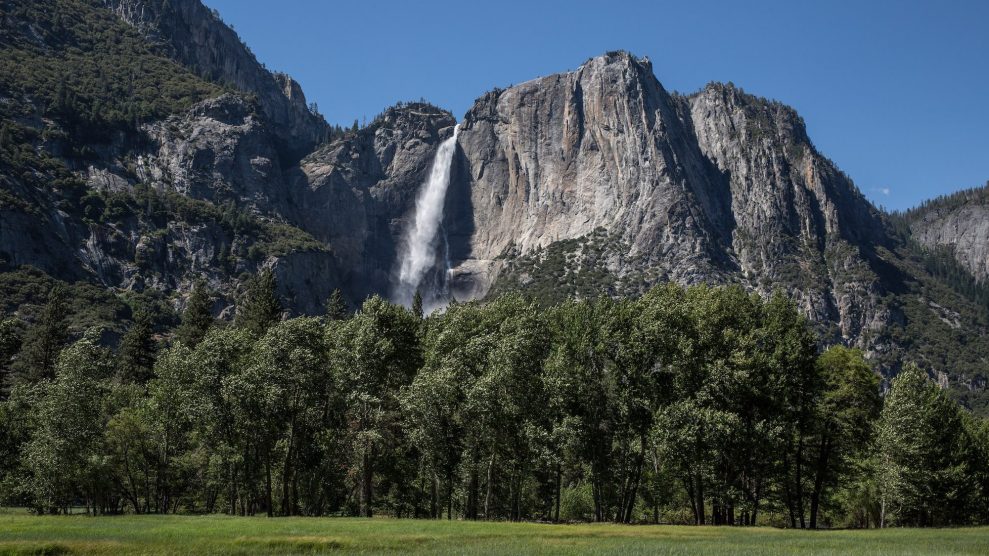 On Wednesday, Senate Republicans and Democrats finally agreed on a piece of legislation—and after years of dismantling environmental protections by the Trump administration, this one does the reverse.  By a 73-25 margin, they passed the Great American Outdoors Act—an amalgamation of two earlier bills—and paved the way for billions of dollars to alleviate a national park project backlog and permanently fund the nearly sixty-year-old federal Land and Water Conservation Fund, which pumps oil and gas revenues into efforts to expand and protect park areas.

In a surprising departure from his previous antipathy towards environmental efforts, Cory Gardner (R-Colo.) championed the measure. His previous record includes votes against ending oil and gas subsidies, stemming pollution, and establishing environmental regulations. HuffPost recently reported that when Gardner was a congressman, he voted for an amendment to a bill that would cut funds to the water conservation fund that the Great American Outdoors Act now intends to fully fund. His newfound concern with the environment may have something to do with the fact that Gardner is being challenged this year, most likely by former governor and one time 2020 Democratic presidential hopeful John Hickenlooper.

Gardner, along with co-sponsor Steve Daines (R-Mont.)—who last year indicated opposition to rejoining the Paris Climate Agreement and has a six percent scorecard rating with the League of Conservation voters—enlisted support from across the political spectrum. Mitch McConnell and Bernie Sanders are both co-sponsors, and nearly 900 environmental groups have endorsed it. President Donald Trump has indicated that he’d sign the bill when it reaches his desk.

The bill will fund a $20 billion backlog of Interior Department maintenance projects across the National Wildlife Refuge System, Bureau of Indian Education, and other government-managed land with $9.5 billion. Meanwhile, the LWCF, which has lacked consistent funding since its inception, will receive $900 million dollars to expand and establish park spaces across the country.

“In a time when there is so much division in our country, public lands have the ability to unite us.”

For environmental groups, who have pushed for such legislation for years, the Senate vote is a resounding victory. “In a time when there is so much division in our country, public lands have the ability to unite us,” said Jennifer Rokala, executive director of Center for Western Priorities, an organization that focuses on land and water protections. “We celebrate this important bipartisan conservation effort, and hope that it can be the beginning of an ongoing conversation about how our public lands must play a role in our country’s economic recovery.”

Though the bill appears to be poised for quiet success, that wasn’t always the case. Last year, Trump put forward a budget proposal that would have gutted the LWCF’s funding from about $150 million to less than $8 million. Then, as the New York Times reported, in March Gardner went to the president and described the importance of the bill, comparing it to “the biggest conservation accomplishment since Theodore Roosevelt in the early 1900s created an iconic system of parks, refuges and forests set aside for public use and enjoyment.” He illustrated his point with “a picture of a striking new land acquisition along the rim of Black Canyon of the Gunnison National Park that was made possible through the Land and Water Conservation Fund, a chronically shortchanged account that Mr. Gardner and others want to guarantee is filled each year.” The Times reports that according to Gardner, Trump was impressed, saying, “That is beautiful.” He immediately reversed “his plan to gut the fund and oppose the bill. ‘Put it on my desk and I will sign it.’”

Adam Sarvana, spokesperson for the House Natural Resources Committee told me its members have already reviewed the measure and don’t plan to introduce any changes before it is introduced in the House. “The committee doesn’t have any further action it needs to take,” he said. “This will have no problems passing.”

The question now is not whether the bill will be passed but when. “Both parties want to move on this before it falls by the wayside,” Sarvana said. “This kind of chance doesn’t come along very often.”