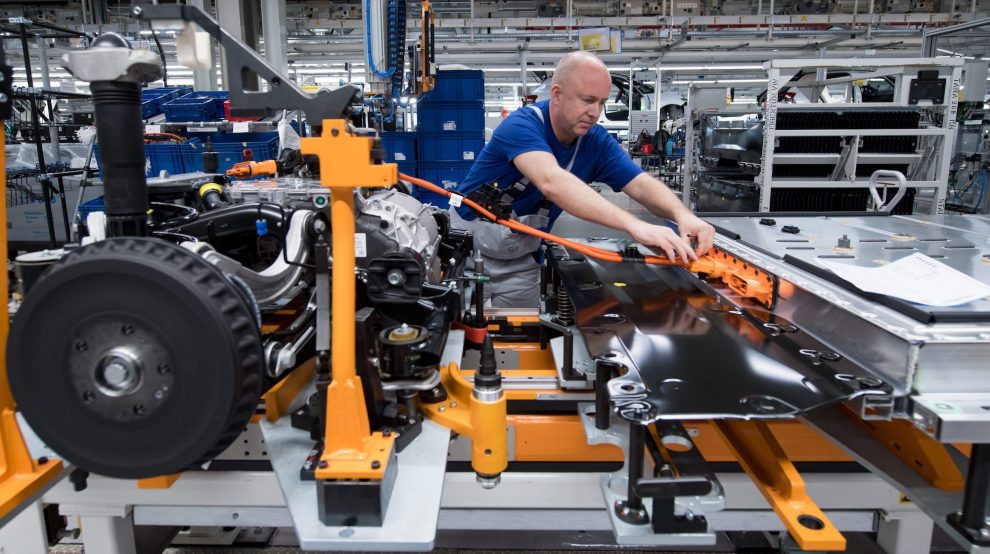 An employee of Volkswagen Sachsen in Zwickau wires the battery on a line for the new VW ID.3, which is fully electric.Hendrik Schmidt/Zuma

Electric vehicles (EVs) have a clear environmental advantage over their gas-guzzling counterparts, but when it comes to longevity, the two are in a dead heat. Two hundred thousand miles is considered a good, long run for a car built today, regardless of whether it’s powered by a lithium battery or an internal combustion engine. But if a flurry of recent reports are to be believed, EVs may soon surge ahead in this long-distance competition—not by mere thousands of miles, but by 800,000.

Recently, multiple EV battery makers have announced the imminent arrival of “million-mile” batteries, power packs that supposedly have enough juice to be driven to the moon and back twice. In May, a top executive at General Motors said the company was “almost there” on development of a million-mile battery; in June, Chinese battery maker Contemporary Amperex Technology Co. Ltd. (CATL) told Bloomberg it was ready to produce batteries that last 1.24 million miles. For months, rumors have swirled that Tesla will soon roll out a million-mile battery on its own. Its 2019 Impact Report, released in early June, certainly reinforced that impression when it emphasized the environmental advantages of a “future Tesla vehicle with a million mile battery.”

But what does the million-mile battery revolution actually mean? According to experts in battery storage technology and the EV market, claims of new batteries that will last a million miles don’t tell us much on their own. How these batteries can be used is going to depend, first and foremost, on how they perform and degrade over their so-called “million-mile” lifespan. Several experts pointed out that true million-mile batteries are likely to outlast whatever cars they’re built for, meaning their arrival could dramatically impact both second-use markets and battery recycling.

“What they’re talking about with million-mile batteries is not so much that an average consumer would put a million miles on the clock,” said Simon Lambert, a co-lead investigator at the Recycling of Lithium-Ion Batteries project (ReLiB) at the UK’s Faraday Institution, “but that you’d potentially be able to use the battery multiple times, either in vehicular energy storage or grid-connected stuff.”

Most EV batteries on the road today—nearly all of which are lithium-ion batteries employing one of several different chemistries—are warrantied to last 8 to 10 years or 100,000 miles. Some automakers guarantee that the battery will retain at least 70 percent of its original capacity over that period, meaning the car’s range—the distance it can drive before needing to be charged—won’t degrade by more than 30 percent.

“What they’re talking about with million-mile batteries is not so much that an average consumer would put a million miles on the clock.”

“We’re only just getting to the point where we’ve had EVs on the road for 10 years, and we can really see how well those claims of battery life last,” Frith said. “But in general, we see EVs do tend to perform quite well.”

In many cases, EV batteries are already outlasting the cars they are being put in. Hans Eric Melin, the founder of Circular Energy Storage, a market research firm focused on second-use and recycling of lithium-ion batteries, says that it’s “very unusual” for a car to be pulled off the road today because its battery has degraded fully. While this is sometimes the case for heavily-driven electric taxis or Ubers, more often, the battery experienced some sort of electrical malfunction, other components of the EV became worn out, or the car was totaled in a crash.

“For Tesla Uber drivers that might have driven 300 to 400 thousand miles max, they might have to replace the batteries,” Melin said. “But usually, the battery will outlive the car.”

That’s not to say even longer-lived batteries are a bad idea. For one, they could offer a significant advantage for companies operating fleets of taxis or delivery vehicles, which often rack up considerably more miles per vehicle than the average consumer. Even for individual drivers, million-mile batteries could change the calculus around EV ownership. Frith said that many prospective buyers are still worried about how long the battery will last and how the car’s charge capacity and range will decline over time. Batteries warrantied to maintain a good state of health over a million miles—or even a more conservative half-million—would go a long way toward assuaging these concerns. Longer-lived batteries also could be a boon to the emerging used EV market: “If you have a battery that can last a million miles, you’re not going to be worried that after 50,000 to 100,000 [miles] the capacity will be too low to sell to a second market,” Frith said.

What’s more, since batteries take considerable energy to produce, there’s a solid environmental argument for extending their life. In general, companies should be able to claim that million-mile batteries are more climate friendly than their 200,000-mile counterparts because the carbon emissions, resource consumption, and pollution associated with their production will be spread over many more years of use.

Still, there’s a lot we don’t know about the million-mile batteries companies are working on, including how their performance will decline over time, which has very practical ramifications for what actually driving a million miles on one would be like. All lithium-ion batteries inevitably deteriorate as a result of both cycling (being charged and discharged) and simple calendar aging. This degradation affects both the battery’s energy storage capacity (which dictates the car’s range) and its power capability, or how quickly the battery can discharge energy (and thus accelerate).

“The rate at which each of those things comes down really affects the performance of the battery in terms of second life,” Lambert said.

Lambert suspects that in practice, batteries with a “million-mile” rating might have to be cycled through a series of less demanding applications as they get on in years and miles. Perhaps a million mile battery would spend its first 100,000 miles in a sports car before getting transplanted into an electric cab for the next 400,000, before eventually being repurposed for grid energy storage or backup power systems, less performance-demanding applications. While there is already an emerging industry around collecting and repurposing EV batteries—data shared by Melin shows there are more than 300 megawatt-hours of repurposed EV batteries being used for energy storage throughout Europe in 2020, compared with just 18 megawatt-hours in 2016—there is still a lot of room for this industry to grow.

However, such reuse could have tradeoffs, says Gavin Harper, a research fellow at the Faraday Institution. Various studies and reports have projected that rapid growth of the EV industry could lead to shortages of key battery metals, like cobalt, in the not-too-distant future. If that happens, it might be better to recycle cobalt-rich batteries sooner rather than delay recovery of this critical material. (While there is no global policy governing end-of-life recycling of EV batteries, the European Union and China are developing policies that hold producers responsible for this waste.)

“I think the cobalt content of the battery will have a real bearing on its value in reuse relative to recycling,” Harper said. The EV industry’s shift toward battery chemistries with less cobalt, he says, means that each battery recycled today potentially could supply enough of the metal to furnish multiple future batteries.

Even if we don’t face a raw materials supply crunch, radically extending the lifespan of EV batteries has implications for how we meet our rising metals demand in the future, notes Linda Gaines, the chief scientist of Argonne National Laboratory’s ReCell Center, which focuses on lithium-ion battery recycling.

“It means you’re not going to get the material back for recycling for a really, really long time,” Gaines said. “Which means, until that happens, you’re reliant on virgin raw materials” that need to be mined from the earth.

And while million-mile batteries might seem to suggest that we’ll need fewer batteries (and thus fewer raw materials) overall, Harper says it’s also possible they could increase battery demand since “often, when we make improvements in efficiency, we just end up consuming more.”

But this is one case where that may be a good thing for the planet.

“If those batteries are displacing higher carbon energy stores” like gasoline, Harper said, “this may just accelerate our transition to decarbonization.”