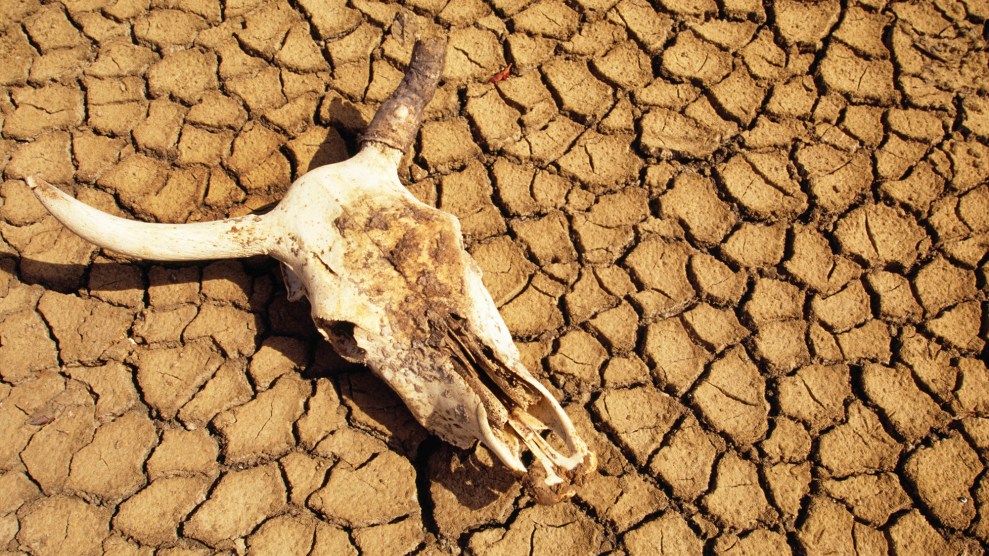 Wildfires burned nearly 10.4 million acres across the US last year. The most costly thunderstorm in US history caused $7.5 billion in damage across Illinois, Iowa, Nebraska and South Dakota. As the climate crisis swept the globe on a biblical scale it left in its wake a record number of billion-dollar disasters.

And yet out of these ashes has emerged an unlikely savior: Wall Street. After decades of backing polluters and opposing legislation to rein them in, finance says it’s going green.

A steadily growing trend in investment went fully mainstream in 2020 as a record number of corporations pledged to go “net zero” and move to cancel out the carbon emissions they produce to halt a catastrophic rise in global temperatures.

Like the proverbial frog, “we have been boiled. We are trying to jump out of this.”

The tectonic corporate shift is being led by a strategic detour by some of the world’s biggest investors. It used to be the protesters outside Davos and annual shareholder meetings who talked about greenhouse gases and rising sea levels. Now it’s the bankers. And when money talks, corporations listen. But can Wall Street really save the planet? There are at least positive signs that they are trying.

Joseph Stiglitz, a Nobel laureate and Columbia University economics professor, doesn’t think Wall Street has a choice. “People used to use the analogy that climate change was like boiling a frog and we wouldn’t notice it until it was too late,” said Stiglitz. “Well, we have been boiled. We are trying to jump out of this.”

Countries including the UK, France, Denmark and New Zealand have pledged to go net zero by 2050 and the EU and Canada are working on their own plans.

The financial calculus is obvious. As the climate crisis continues, the risk of doing nothing is rising and the money is moving.

In 2013 Exxon was the world’s largest company, last year it dropped out of the Dow Jones Index, the blue chip index that is synonymous with the “stock markets” for many investors. Last year it lost $22b billion and the company, which for decades denied the climate crisis was real and actively lobbied against change, has been forced to elect climate activist investors to its board.

By last September, more than 800 cities, 100 regions and 1,500 companies had pledged to decarbonize their societies and economies, according to the research group Data-Driven EnviroLab and the NewClimate Institute. Between them those companies have combined revenue of over $11.4 trillion and are responsible for 3.5 metric gigatons in greenhouse gas emissions, an amount greater than India’s annual emissions.

More than 1,000 companies have signed on for the Science Based Targets initiative, an initiative to help corporations set measurable emission standards run by the CDP (formerly the Carbon Disclosure Project) non-profit organization, the United Nations and others. An analysis of 338 of those companies—including Mastercard, the Italian energy company Enel, and UK supermarket chain Tesco—found they have reduced their emissions by 25 percent since 2015, a difference of 302 million tons of CO2 equivalent, the same as the annual emissions from 78 coal-fired power plants.

With the planet still warming at an alarming rate an economic crisis looms, said Stiglitz. And the longer we delay the bigger the “transition shock.” “By delaying action we are exacerbating the magnitude of the adjustment that the economy is going to have to go through,” he said.

Some ethical investors have pushed for climate action for decades, but now the major money managers are on board too. Larry Fink, the founder and chief executive of BlackRock, announced that environmental sustainability was now a core goal for his company, one that manages $7 trillion in investments. Other big money managers including Fidelity and Vanguard are also on board.

But this is not some Damascene conversion. Wall Street isn’t swapping its benchmade wingtips for Birkenstocks. BlackRock still has huge investments in coal and other fossil fuels, but the attitudinal shift should not be underestimated and where it goes others will follow, driven by a huge financial opportunities.

Doing nothing will be bad for business, with 58 percent of the US suffering economic decline by 2060-2080 if nothing is done. There is also the generational wealth handover from Baby Boomers to Gen X and millennial investors who—as a recent BlackRock report suggested—have a “greater awareness of sustainability.”

But, make no mistake, this is about money. Sustainability is “a new source of return across all asset classes” according to Jean Boivin, the head of the BlackRock Investment Institute. BlackRock’s green new deal isn’t so much about excluding bad actors or managing the risk of climate change as it is about “riding a wave that should be a source of return in itself.”

With Joe Biden in power after ousting Donald Trump, the climate denier in chief, trillions of dollars of investment could soon be earmarked for sustainable solutions.

One of Fink’s initiatives is a pledge to publish a “temperature alignment metric” for BlackRock funds—an increasingly popular way for companies and investment funds to measure whether their carbon footprint meets the 2015 Paris agreement treaty to combat climate change by limiting planetary warming to well below 2C.

It is a measure also championed by Generation Investment Management, the investment firm co-founded by the former US vice-president Al Gore and Goldman Sachs’ asset management head, David Blood.

For Edward Mason, director of engagement at Generation Investment Management, the move is part of an encouraging, societal change in how business is reacting to the climate crisis and how investors are helping to drive that change. “The pace is just huge and it is in the right direction,” said Mason. “The challenge is huge as well. I am not being Panglossian about it, we are not where we need to be. But sitting where I sit I do see a huge amount of change.”

Meanwhile, worrying trends continue. Unless action is taken soon, the energy industry’s carbon emissions will soon surpass pre-pandemic levels as economies begin to rebound from COVID-19 restrictions, according to the International Energy Agency.

But even environmentalists and longtime activists are—cautiously—optimistic about the direction the investment community is taking. After years of campaigning against corporate damage they see significant signs of progress, albeit with caveats.

“I think there is reason to be optimistic but also to be extremely cautious. It’s both moving in the right direction and greenwashing,” said Josh Axelrod, the senior advocate at the Natural Resources Defense Council.

Axelrod focuses on energy and oil and gas issues and notes that BP and Shell have committed to net zero by 2050. “Well what does that really mean? Are they really going to cut emissions or rely on offsets or rely on technology that hasn’t really demonstrated that it can do what it says it’s going to do? The answer, especially for Shell, is unfortunately the latter.”

“Everything is pointing in the right direction…The one thing that is not is climate change.”

A large part of Shell’s initiative is a pledge to offset 120m tonnes a year of its emissions by 2030 using “nature-based solutions” – projects that will “protect, transform or restore land.” Axelrod doubts it will be enough. “At the end of the day [for oil and gas production] the only way they are going to deal with their emissions is to stop,” he said.

Father Seamus Finn of the Interfaith Center on Corporate Responsibility has been a longtime campaigner on corporate responsibility and has often had major institutional investors stymie progressive shareholder resolutions he has championed.

“We have tended to be somewhat ambivalent and maybe overly critical about the BlackRocks, the Fidelitys and the Vanguards of this world simply because for too long they were voting against our resolutions at annual meetings,” he said. “But slowly I think they have come around and, let’s be clear, they are doing this because they are reading the writing on the wall. The people who put money in their funds want to know how they voted on resolutions. They are getting pushed by the customer, by the science, by the general public.”

Stiglitz recently joined a new committee of top economic policy thinkers, the Regenerative Crisis Response Committee, which aims to recommend ways to use fiscal and monetary policy and financial regulation to address climate-related financial risks and other risks. The data on climate change looks dark, he concedes, but he is feeling a “qualified optimism.”

“There is a general consensus—not unanimity—that we have to do more,” he said.

Roadblocks remain, not least the “nightmare” of a US political system that has sucked the climate crisis into the divisive culture wars of American politics.

“The main thing that can go wrong is our politics,” said Stiglitz. “Everything is pointing in the right direction, technology, global consensus. The one thing that is not is climate change which is proceeding at a pace and with manifestations that are really depressing,” he said.

But even that is “actually accelerating our willingness to deal with it.”