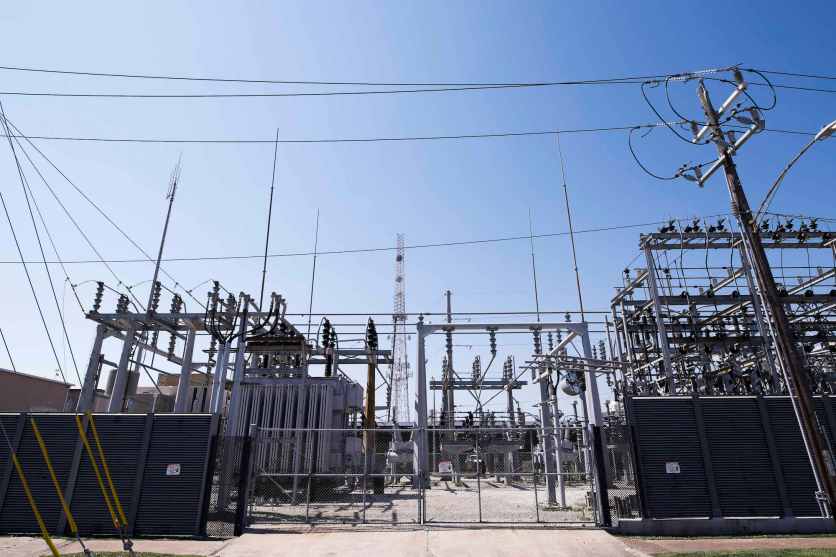 One of modern life’s most satisfying certainties is dialing in the AC and sitting back as the room magically maintains your temperature of choice. But last week, owners of smart thermostats in Texas reported that the magic is gone: Their devices were setting themselves to 4 degrees above the homeowner’s desired temperature, as if to scold them for trying to get too comfortable during a heat wave. Much outrage has ensued.

The toasty Texans had stumbled into a precarious dance of electrical supply and demand. When they’d bought their smart thermostats, they’d opted into a voluntary program called Smart Savers Texas offered by EnergyHub, a software company that runs the program for customers of utilities, including CenterPoint Energy. In times of high demand, like an unrelenting heat wave, they’d agreed to allow that 4-degree bump. During such a “temperature adjustment event,” the user can manually override the increase, according to EnergyHub, but will lose out on their entry to a sweepstakes—up to $5,000 paid toward a year of electricity bills. Anyone who wants to get out of this demand response program can simply unenroll.

You endure a somewhat hotter room to make sure your AC doesn’t help crash the grid, forcing everyone to endure much hotter rooms.

Basically, you endure a somewhat hotter room to make sure your AC doesn’t help crash the grid, in which case you and everyone else would have to endure much hotter rooms. EnergyHub is one of several companies that run demand response programs nationwide, and their program is device-agnostic, so it won’t be users of just one brand of thermostat who notice an increase. “The real benefit of these programs is a very small inconvenience—potentially no inconvenience at all—in order to make sure that everybody has a HVAC and lights during these extreme weather events, which I think are becoming more prevalent,” says Erika Diamond, vice president of customer solutions at EnergyHub.

According to the email, the utility runs a “test curtailment” twice a year, and it ran one on June 16 from 2 to 5 pm. The way that the Texas-sized outrage unfolded, you’d think this was all a surprise. But not only has EnergyHub been running the program for eight years there, it has similar programs with 50 other utilities around the country, with around 500,000 households enrolled. It initiates two to eight temperature adjustments in Texas per summer, about the same as their national average. Enrollment incentives may vary by utility—rebates on energy bills, for instance—but the goal is the same: Enlist customers to help keep the grid from borking itself.

In other words, these programs reduce demand when supply is running low. “The grid is sized to keep supply and demand in instantaneous balance, because it’s so expensive to store electricity,” says David Victor, a political scientist at UC San Diego, who coauthored a recent major report on the US grid. Any electricity that’s generated has to be used immediately. “If storage were to become ubiquitous and cheap, then that might totally transform the way the grid actually is operating,” he continues. “But right now, in order to move electrons through the grid, and for the grid to stay stable, you have to match supply and demand.”

Utilities are fully aware of the strain a heat wave will put on the grid, with all those AC units humming along. They can even predict how demand will fluctuate during the day, for instance when people return home from work around 5 or 6 pm and switch on their systems. This is also when supply tightens—utilities can generate only so much power at a given time. “During those periods, the grid is very sensitive—just a percent or two of total demand can have a huge impact,” says Victor. “That’s why there’s such a strong premium on finding strategies where a little bit of demand can be reduced or shifted to a different part of the day. That would then have a big impact on total demand for electricity.”

In the grand scheme of things, letting your smart thermostat creep up 4 degrees isn’t saving a colossal amount of energy. But if households all over a city are doing the same, those savings add up. “We’re basically making sure that the grid continues to operate,” says Diamond, of EnergyHub.

In Texas, that’s a particularly complicated order, because the state operates its own grid, divorced from the two main ones that split the US in half: the Western Interconnection and the Eastern Interconnection. These can share a little bit of electricity across their borders but aren’t built to transfer huge amounts of energy. So when demand spikes as a heat wave washes over Texas, the state can’t import an adequate supply of electricity from elsewhere.

Letting your smart thermostat creep up 4 degrees isn’t saving a colossal amount of energy. But if households all over a city do the same, those savings add up.

Efficiently managing demand during a heat wave is critical to public health. It may not always feel like it, but the human body is remarkably good at cooling itself. When you get hot, blood moves into your skin and you start sweating. As the sweat evaporates, it cools the skin, and thus the blood. “We have to have a really healthy cardiovascular system for our hearts to be able to pump that volume of blood out to our skin,” says Lacy Alexander, a physiologist at Pennsylvania State University. “This very high capacity to do that also causes a strain on the cardiovascular system.”

That means the elderly and people with heart problems are particularly prone to heat stress. The same goes for infants, whose bodies haven’t fully developed that cooling system. If the grid collapses under the increased demand during a heat wave, indoor temperatures can quickly grow dangerous for these vulnerable groups, plus those who rely on electricity to power their medical devices.

Even a 4-degree bump may not be ideal for people with special medical needs. A person who has spent time outdoors in the heat needs sufficiently cool temperatures once inside. “It may become more challenging, in particular, for these more vulnerable populations,” says Alexander. And other people might encounter more of an annoyance: If you have to manually override your thermostat’s adjustment, you might go to sleep and wake up in a warmer house, as one Texas man complained happened to his family. (There have also been reports on social media of customers not being able to override the adjustment. EnergyHub’s representative says they can’t comment on specific incidents, especially since other companies are running demand response programs in Texas.)

Building a better national grid that can keep the AC running for vulnerable populations even during peak demand and our ever-hotter summers will require bolstering the national infrastructure to share the plentiful solar of the Southwest and the wind of the Midwest across distances. It might also mean finding better ways to store energy in distributed networks or microgrids. But adapting to a warmer world is also about addressing demand with strategies like temperature adjustment events. “This issue of demand response is one of the sleeper issues—a very important sleeper issue,” says Victor. “In the management of power grids, there’s been so much attention to the supply side and not enough attention to the demand side.”