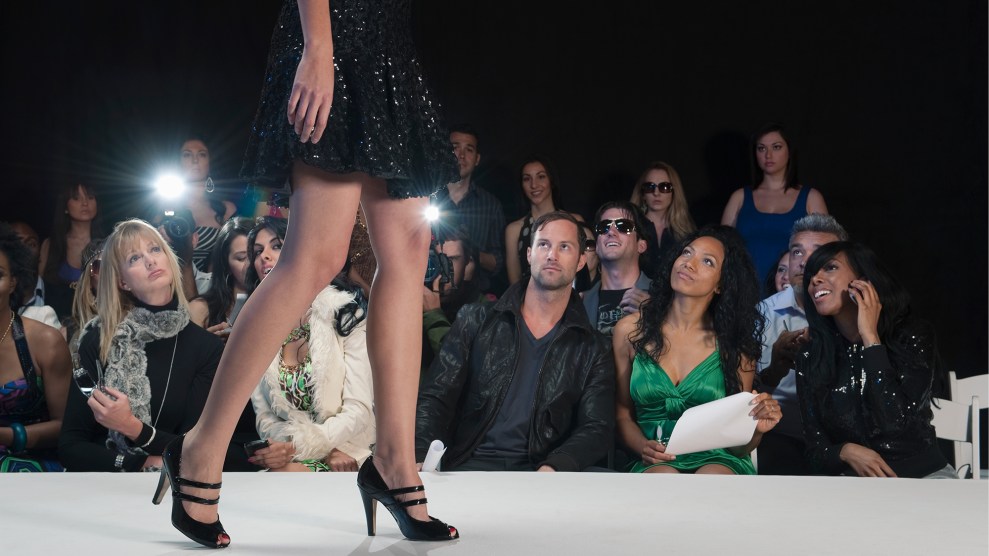 A study has revealed that renting clothes, long touted as one of the “answers” to fashion’s sustainability crisis, is worse for the planet than throwing them away.

The study, published by the Finnish scientific journal Environmental Research Letters assessed the environmental impact of five different ways of owning and disposing of clothing, including renting, resale, and recycling.

It found that renting clothes had the highest climate impact of all. The hidden environmental cost was found to be delivery and packaging costs. Renting involves a large amount of transportation, taking the clothes back and forth between the warehouse and the renter. Dry cleaning is also harmful to the environment.

“No executive wants to overhaul their business, and that’s what ‘going green’ will require—not tweaks but an entire overhaul.”

Renting clothes has been thought of the sustainable and frugal alternative to fast fashion, popularized by companies such as Rent the Runway and public figures like Carrie Symonds, who rented her wedding dress and her outfits for the G7 conference. Gwyneth Paltrow is on the Rent the Runway board and Ralph Lauren has announced a rental range.

The growing sector, which according to GlobalData is going to be worth roughly $3.2 billion by 2029, has been touted as a possible solution to fashion’s environmental crisis. A report by the World Economic Forum this year suggested that the industry generates 5 percent of global emissions.

However instead of solving fashion’s environmental crisis, renting should be recategorized. “We should think of renting like second-hand shopping,” said Dana Thomas, author of Fashionopolis: The Price of Fast Fashion and the Future of Clothes. “[It’s] not something we do all the time, instead of buying our clothes and swapping out outfits nonstop, but on occasion, when the need arises, like proms [or] weddings.”

The study found many rental brands misuse the term “circular economy”—the system where clothes are passed from person to person before being recycled—as a form of greenwashing. “No executive wants to overhaul their business, and that’s what ‘going green’ will require, not tweaks but an entire overhaul,” said Thomas. “They are too focused on short-term gains to invest in long-term benefits.

“Only regulation will solve that problem. No company, in any industry, will volunteer to take a loss for the sake of the planet. They’ll do so when it’s the law. The biggest obstacle is greed.”

The new study suggests that if rental companies change their logistics to make them more climate friendly, renting would, environmentally, be on a level with reselling. It also found that the most sustainable way to consume fashion is to buy fewer items and to wear them for as long as possible. “You want to be sustainable? Buy less, buy better,” Thomas said.