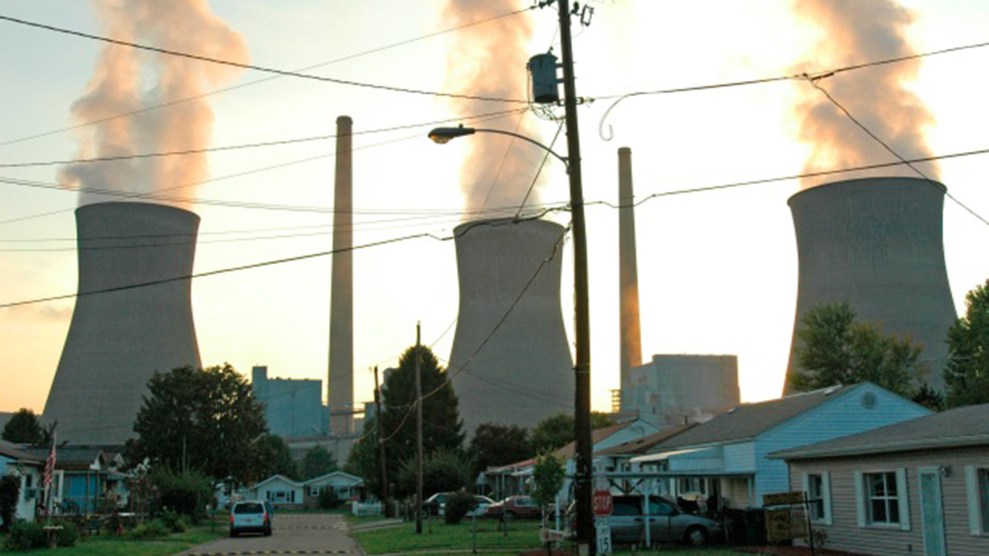 The court has agreed to hear a case brought by West Virginia, supported by 18 other Republican-led states, that takes aim at the  Environmental Protection Agency’s ability to issue strict regulations to curb pollution from fossil fuel-fired power stations.

The decision by the conservative-leaning court to even consider an argument about a hypothetical regulation that hasn’t been proposed by the EPA has surprised onlookers. It is also an ominous sign for the authority of a Biden administration already frustrated over major clean energy legislation that has stalled in Congress due to opposition from Republicans and centrist Democrats such as West Virginia senator Joe Manchin.

“Congress seems unwilling or unable to address the climate crisis. Federal agencies need to be able to take action.”

“This is a vitally important case that will define future federal action on climate change issues,” said Judith Enck, former EPA regional administrator and president of Beyond Plastics. “Congress seems unwilling or unable to address the climate crisis. Federal agencies need to be able to take action.”

Even if Biden and his allies in Congress are able to pass the climate elements of the Build Back Better Act, which includes hundreds of billions of dollars in support for wind and solar energy and electric cars, most analysts say executive action to slash pollution from power plants, cars, and trucks will still be needed if the US is to meet its emissions reduction goals and avert disastrous climate change.

West Virginia’s lawsuit, filed last year and supported by various fossil-fuel firms and rightwing groups, argues that the EPA shouldn’t be able to issue rules that “are capable of reshaping the nation’s electricity grids and unilaterally decarbonizing virtually any sector of the economy” and claims that Congress alone should decide on regulation of this scope.

“This case is much more than about climate change, it gets down to who makes the decisions, should it be an unelected body of bureaucrats or should Congress provide the clear signal,” said Patrick Morrissey, attorney general of West Virginia, a state that’s a traditional epicenter of the now ailing coal industry.

“It surprised me they took this case…In normal times, when the court wasn’t so skeptical of regulation, this case would’ve been dismissed.”

It’s unusual for the Supreme Court to hear a case where there is no active rule to challenge, according to Richard Revesz, a leading expert in environmental law at the New York University School of Law. “It surprised me they took this case, this would be an excellent candidate for dismissal,” he said.

“In normal times, when the court wasn’t so skeptical of regulation, this case would’ve been dismissed. It would have a pernicious consequences if it were allowed because it could severely restrict agencies’ ability to regulate, and these power stations are such big emitters.”

The case has a tangled history that highlights America’s jarring absence of climate regulations on the US electricity sector, which is responsible for a quarter of the country’s emissions, even as it has set emissions standards for the pollution spewed out by cars and trucks.

In 2015, Barack Obama’s administration sought to remedy this via the Clean Power Plan, which aimed to restrict emissions from coal-fired power plants, only to be immediately challenged by Republican-led states and, in a highly unusual move, blocked by the Supreme Court before it took effect.

Donald Trump’s administration then crafted a far weaker replacement for this rule that was itself struck down by the courts, with Biden so far declining to resurrect the original Clean Power Plan, or any more stringent alternative, in its place. West Virginia and its allies hope to curtail any future attempt by the EPA to become far more assertive in its interpretation of the landmark Clean Air Act, which requires power plants to use the “best system of emission reduction.”

Environmental groups, which have lined up to oppose West Virginia’s claims, worry that the case is a further example of a right-wing judicial system intervening to toss out rules it does not like with the justification that they are too large, with damaging consequences for the climate. Earlier this month, a Trump-appointed federal judge in Louisiana blocked the Biden administration from accounting for the real-world costs of climate change.

“Even though there is no rule in place, the case is important because coal companies and their allies are attempting to get the Supreme Court to establish a broad precedent that meaningful protections for public health and the environment should be scrutinized and discredited on judicial review,” said Sean Donahue, counsel for Environmental Defense Fund. “Petitioners’ damaging legal theory would threaten our nation’s ability to protect clean air, clean water, and safe food for all people.”

To some onlookers, the case is an unwanted further complication to a challenge that already leaves little time to waste. “There is no more time to delay curbing greenhouse gas emissions and finding solutions for a more equitable and just clean energy future,” said Carol Browner, former administrator of the EPA and now chair of the League of Conservation Voters.