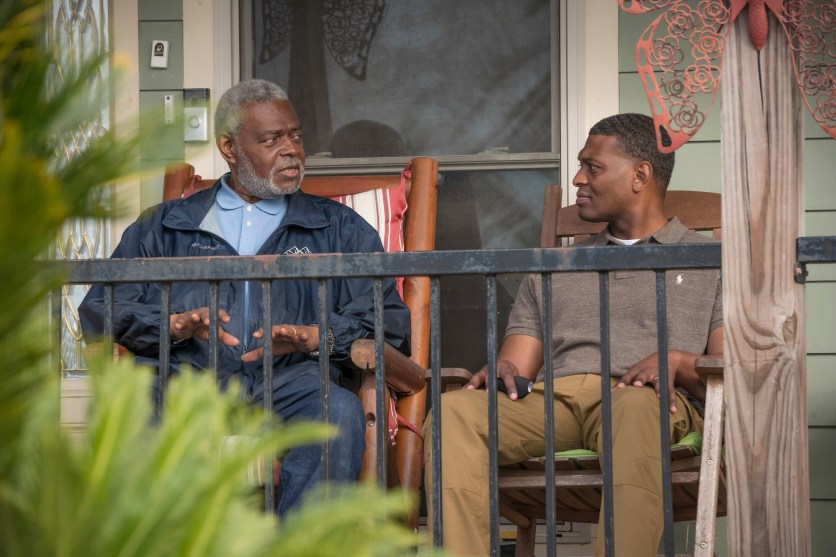 EPA Administrator Michael Regan, right, speaks with a resident of the Gordon Plaza neighborhood, built on a toxic landfill, on November 17, 2021 in New Orleans.Eric Vance/US EPA/Planet Pix via ZUMA Press

It’s hard to overstate the significance of the US census in guiding how the country is governed. A granular enumeration of the national population that’s undertaken once per decade, the census count is intended to apportion political representation and guide the fair distribution of trillions of dollars in government funding to cities, states, and tribes. The 2020 census results, which were announced last year, are also poised to play a key role in the Biden administration’s signature environmental justice program, which promises that at least 40 percent of the benefits of government spending on infrastructure, clean energy, and other climate-related programs will be directed to disadvantaged census tracts.

Given the high stakes involved, even minor deviations between the census count and the country’s actual demographics can have substantial knock-on effects. On Thursday, the US Census Bureau released a statistical analysis that illuminated a persistent trend in the undertaking: the undercounting of people of color. Black Americans, Latinos, and Indigenous people living on reservations were undercounted by roughly 3, 5, and 6 percent, respectively. Those undercounts are consistent with 2010 results, though Latinos experienced a far greater undercount than in 2010, when it was just 1.5 percent. White Americans and Asian Americans, on the other hand, were overcounted in the most recent census.

Census undercounts happen for several reasons: language barriers, variable literacy rates, lack of internet access, and distrust of the federal government, which may have played an outsize role in 2020. The Census Bureau was able to pinpoint miscounts with a post-census survey asking a sample of people where they were living on the day of the census and matching their responses to information collected during the initial effort.

Given the persistence of extreme residential segregation in the US, low population tallies in communities of color can drive divestment and divert much-needed dollars for things like affordable housing, transportation, health care, and environmental remediation. Environmental justice projects like replacing lead pipes, cleaning up contaminated soil, updating failing sewage systems, and fortifying housing stocks against heat waves, storms, and floods could also suffer. Finally, undercounts can lead to communities of color having diluted political representation if districts are drawn based on incomplete data.

“Despite the challenges of the 2020 Census, [American Indians and Alaska Natives] living on reservation lands deserve to be counted and to receive their fair share of federal resources,” she added.

“We were always affected by dust and pollution…It was noisy and dusty, they didn’t do anything to keep up greenery.”

Even beyond the undercounts, population trends underscored by the most recent census could have destabilizing effects on environmental policymaking. For example, nine out of the ten US cities with the largest Black populations have experienced substantial drops in Black residents since 2000. Topping that list, Detroit and Chicago lost over 250,000 Black residents each during that time period. Across the country, Black residents are moving out of big cities because of worries around violence, access to safe and affordable housing, and the health and economic issues stemming from their disproportionate exposure to the most toxic and polluted urban areas.

In one census tract in Chicago’s Englewood community, which was 97 percent Black in 2010, the exodus is particularly apparent. Just a decade ago, the corner of 57th Street and Normal Boulevard was adorned by greenery and homes. Since then, however, 400 homes have been demolished to make way for the expansion of a freight yard. In that time, the area’s census tract lost 1,600 Black residents, though its total population only declined by 1,400 overall because of increases in white and Latino residents.

The railyard’s expansion exacerbated pollution in the community, which already suffered from proximity to hazardous waste and experienced more diesel pollution than roughly 95 percent of the country, according to Environmental Protection Agency data. Longtime Englewood resident Deborah Payne told Grist that she was forced to move out after the community around her disappeared to make way for the railway. In many ways, she added, the pollution helped drive the exodus around her.

“We were always affected by dust and pollution,” she said. “It was noisy and dusty, they didn’t do anything to keep up greenery, and it affected the community because a lot of people around there would go up on most freight trains and open them up to take things.”

While environmental issues might be driving some of the migration of Black people out of cities, the suburbs to which they’re moving don’t reliably offer refuge. In Chicago’s case, thousands of Black residents are choosing to move to neighboring areas facing their own acute environmental challenges: Joliet, Illinois, a warehouse and logistics hub where industry has left the city in dire need of new water sources, has grown by just 3,000 residents since 2010, but its Black population has grown by 2,200.

In other words, while census undercounts jeopardize the tool’s effectiveness, the count has nevertheless illuminated patterns and challenges that policymakers will want to take into account.

“How could anyone not be concerned?” Census Bureau Director Robert Santos said of the shortcomings when announcing the Bureau’s analysis last week. “These findings will put some of those concerns to rest and leave others for further exploration.”