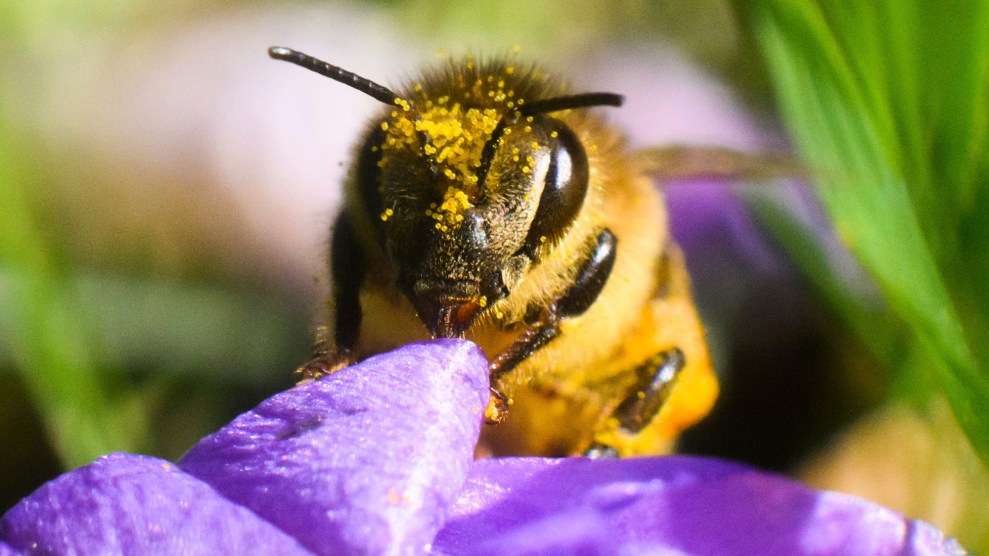 An insecticide banned due to its harm to bees will be used on sugar beet in Britain this year after ministers authorized an emergency exemption. The government overruled its own scientific advisers and the decision was called “scandalous” by campaigners.

The neonicotinoid, called thiamethoxam, was banned in 2018 across Europe after a series of studies found it damaged bees. But British Sugar applied for an emergency exemption and on Tuesday the conditions for the exemption were met.

A national forecast of the proportion of the crop expected to suffer from virus yellows, a disease spread by aphids, predicted a level of 69 percent, far above the 19 percent threshold that had been set.

The exemption was also granted in 2021 but was not implemented as the forecast for virus yellows turned out to be low. In 2020, according to the government, the virus cut the national yield of sugar beet by a quarter.

Twelve EU countries have given emergency authorizations for neonicotinoid use in the last three years.

“The approval to use this bee-killing pesticide is scandalous,” said Craig Bennett, chief executive of The Wildlife Trusts. “The government has outlined ambitions to restore nature and reverse declines of precious wildlife. But at the same time it is giving a green light to use a highly toxic chemical that could harm pollinating insects and pollute soils and rivers.”

“We need to restore the natural world and gradually wean ourselves off using chemicals in agriculture,” he said. “It’s time the government listened to their own experts who have said they cannot support the use of this pesticide as it’s simply too dangerous.” The Wildlife Trusts also said the virus yellows forecast had been wrong in the past.

Matt Shardlow, head of the charity Buglife, said: “It is distressing that rivers and flowers in eastern England this summer will be polluted with toxic insecticides, to the massive detriment of bees, mayflies and many other animals. Neonicotinoids are rightly banned and these approvals, against all expert advice, must stop.”

A spokesperson for the Department for Environment, Food and Rural Affairs said: “The decision to approve an emergency authorization was not taken lightly and was based on robust scientific assessment.”

“We evaluate the risks very carefully and only grant temporary emergency authorizations for restricted pesticides in special circumstances when strict requirements are met and there are no alternatives.”

The British Beet Research Organisation said: “All sugar beet growers must adhere to the robust stewardship program that has been agreed by the Health and Safety Executive.”

It said flowering crops which would attract pollinators could not be grown in fields treated with the pesticide for 32 months after application.

In January, when the exemption was granted in principle, the environment secretary, George Eustice, wrote: “The dose level at which no negative impacts on bees occur is unknown.”

“For this reason, it was not possible to rule out completely a degree of risk to bees (and this is the case even with a 32-month exclusion) from flowering plants in or near the field in the years after neonicotinoid use.”

Researchers say global insect populations are suffering “death by a thousand cuts” and many species are falling at “frightening” rates.

About two-thirds of the UK’s sugar comes from homegrown sugar beet. Twelve EU countries including France, Belgium, Denmark, and Spain have given emergency authorizations for neonicotinoid use in the last three years.

In 2017, Michael Gove, then the environment secretary, said: “The weight of evidence now shows the risks neonicotinoids pose to our environment, particularly to the bees and other pollinators which play such a key part in our £100 billion food industry. We cannot afford to put our pollinator populations at risk.”

The scientists behind a volume of studies published in 2021 said that insect populations globally are suffering “death by a thousand cuts,” in part due to pesticides, and that many were falling at “frightening” rates that were “tearing apart the tapestry of life.”

Virtually all farms could significantly cut their pesticide use while still producing as much food, according to a 2017 study.