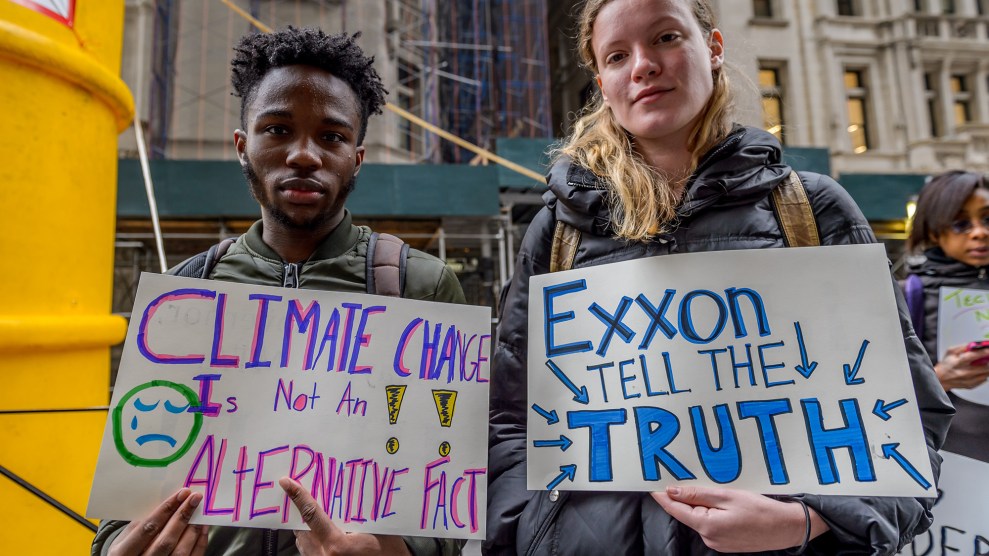 Massachusetts’ top court on Tuesday ruled that the nation’s largest oil company, ExxonMobil, must face a trial over accusations that it lied about the climate crisis and covered up the fossil fuel industry’s role in worsening environmental devastation.

Exxon claimed the case, brought by Massachusetts Attorney General Maura Healey, was politically motivated and amounted to an attempt to prevent the company from exercising its free speech rights. But the state’s Supreme Judicial Court unanimously dismissed the claim in the latest blow to the oil industry’s attempts to head off a wave of lawsuits across the country over its part in causing global heating.

Healey’s lawsuit accuses Exxon of breaking the state’s consumer protection laws with a decades-long cover-up of what it knew about the impact on the climate of burning fossil fuels. The state also says the company deceived investors about the risks to its business posed by global heating.

Exxon claimed the lawsuit was in breach of legislation against what are known as strategic lawsuits against public participation, used by wealthy individuals and corporations to silence critics. The Massachusetts court ruled that anti-SLAPP laws do not apply to government cases.

Healey, who is running for governor, hailed the ruling as “a resounding victory in our work to stop Exxon from lying to investors and consumers in our state.”

In March, a federal court also refused to put a block on the state’s legal action and ruled that Exxon was obliged to turn over documents to investigators.

The industry took another hit on Monday, when a federal appeals court green-lit a lawsuit by Rhode Island against 21 fossil-fuel firms.

The oil industry suffered another defeat on Monday when a federal appeals court ruled that a lawsuit by Rhode Island against 21 fossil fuel companies, including Exxon, BP, and Shell, can go ahead in state court. Fossil fuel companies are attempting to move cases into what they regard as the more friendly forum of federal courts.

Among other things, state systems often permit a much broader discovery process, which could force Exxon and other companies to hand over highly embarrassing documents revealing what they knew about the climate crisis and when, and how they responded.

At least 10 other federal courts across the country have rejected the industry’s attempts to get similar cases out of the state systems.

Richard Wiles, president of the Center for Climate Integrity, welcomes the latest ruling to keep the process in state courts.

“The ruling is a major victory for Rhode Island, which is now one step closer to putting oil and gas corporations on trial for fueling the climate crisis, lying about it, and then sticking the state’s taxpayers with the bill for the damages,” he said. “Four circuit courts in a row have now handed major defeats to Big Oil companies in these cases, rejecting the industry’s efforts to escape accountability.”

So far this year, federal appeals courts made similar rulings in Colorado, Maryland and California.

In March, a Hawaii state court gave the go-ahead for a case to remain within its jurisdiction. Honolulu’s lawsuit alleges that the oil giants “engaged in a coordinated, multi-front effort” to deny the threat posed by global heating, to discredit the science of climate change, and to deceive the public “about the reality and consequences of the impacts of their fossil fuel pollution.”

The chair of Honolulu city council, Tommy Waters, called it a “big and important win.”

“We are facing incredible costs to move critical infrastructure away from our coasts and out of flood zones, and the oil companies that deceived the public for decades should be the ones helping pick up the tab for those costs, not our taxpayers,” he said. “The reason these companies are fighting so hard to block this case is they don’t want even more evidence to come out. This is just like Big Tobacco, when they tried to take advantage of the public.”