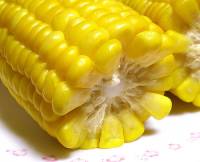 This past weekend in the Boston Globe, Pamela Ronald, a U.C. Davis plant pathologist, tackled the debate over genetic engineering in organic farming. Without mincing words.

It is time to abandon the caricatures of genetic engineering that are popular among some consumers and activists, and instead see it for what it is: A tool that can help the ecological farming revolution grow into a lasting movement with global impact.

Bold, to be sure. But are these fightin’ words? Probably.

Genetic Engineering (GE) is kind of the nuclear power of the food world: Its problem-solving potential is great, but it could create a real mess if it went wrong. And emotions around the issue run high. Greeenpeace is (predictably) against GE. The Sierra Club is more circumspect. Whole Foods says it wants all its “own company branded products to be created from non-genetically engineered ingredients and processes,” but makes no guarantees. Trader Joe’s reportedly banned GE products in 2002. And according to the Globe article, “most organic farming trade organizations are deeply, viscerally opposed to genetically engineered crops and seeds.”

For her part, Ronald argues that neither GE nor organic farming alone is the answer to the world’s food-supply problem:

By 2050, the number of people on earth is expected to increase from the current 6.7 billion to 9.2 billion. To feed those people with current crop yields and farming practices, we will need to clear, fertilize, and spray vast amounts of wild land…Clearly, there must be a better way to boost food production while minimizing its impact.

An alternative is to expand the number of organic farms, which do not use synthetic pesticides and thus support higher levels of biodiversity than conventional farms…But at current crop yields, farming will still need to absorb huge amounts of additional land that is now home to wildlife and diverse ecosystems. A clear challenge for the next century is to develop more productive crops, not just better farming techniques, and genetic engineering has demonstrated great promise here.

And she points out that unlike pesticides, GE crops have never made anyone sick.

So is Ronald right? Should a GE/organic combo approach be the future of farming? Theoretically, I think GE is still up for debate—no one has effectively convinced me yet that the worst-case scenarios of GE-genes-gone-wild are not as scary as they sound. But buried in Ronald’s Globe piece is this fact:

Today 70 percent of all processed foods in the United States have at least one ingredient from genetically engineered corn, cotton, canola, or soybean.