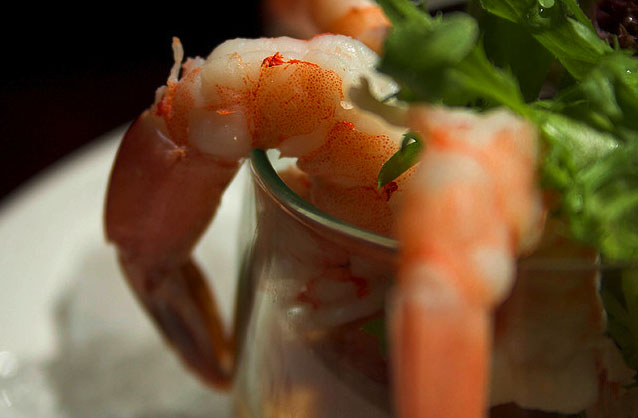 On Thursday, the National Oceanic and Atmospheric Administration (NOAA), in consultation with the Food and Drug Administration, announced the re-opening of 5,130 square miles of the Gulf for commercial and recreational fishing. “This is a significant area of importance to fishing and tourism,” said NOAA administrator Jane Lubchenco in announcing the decision. “The gulf seafood taken from these waters is safe to eat, and today’s reopening announcement is another signal to tourists that the northern gulf is open for business.”

But as we’ve noted before, there’s justifiable concern about just how much is actually known about the safety of that seafood. Yesterday’s reopening doesn’t give much more reason for comfort. As far as the public knows, the data used to decide whether to reopen the area included only 12 samples of shrimp, for a total of 73 individual shrimp, as Gina Solomon, a senior scientist at the Natural Resources Defense Council, notes on her blog.

That’s about a dozen shrimp cocktails spread out over an area the size of Connecticut, in case you’re keeping track.

“Does that reassure you that they’ve really found whatever contamination might be out there?” asks Solomon. I’d venture that the answer, for most people, would be “No.” Solomon posts the very limited data that is publicly available on what’s actually in the seafood on her site; as of yesterday, the FDA has released data on 42 shrimp samples from Louisiana, 12 from Florida, 7 from Alabama, and 6 from Mississippi, with each sample containing an average of between 1 and 7 shrimp. NOAA has released data on chemical testing of a total of 17 shrimp samples, with an average of 6 shrimp in each sample. That’s not a whole lot of shrimp.

In addition to questions about just how much the federal government is testing before deciding to reopen waters, there are still concerns that the decisions are being made based on what’s safe for a 176-pound, healthy adult male who only eats four shrimp per week. (That, I would add, is less than one average shrimp cocktail.) Solomon and others argue that the standard does not ensure protection for vulnerable populations like pregnant women, children, and the elderly.

But the federal government maintains that it believes its standards are adequate. “We believe that the levels of concern that we established for the reopening protocol are quite conservative and will be sufficiently protective for all populations,” Donald Kraemer of the FDA’s Center for Food Safety and Applied Nutrition told a congressional panel last month. (At that same hearing, the FDA also admitted that it doesn’t have methodologies in place to check for a number of components of chemical dispersants in seafood yet, which was equally alarming.)

The little data that’s out there backing up the decision to reopen those waters yesterday isn’t reassuring in that regard. If there’s more to back this up than they’ve provided, it sure would help their case to put it out there.

UPDATE: The NOAA document notes that the agency also analyzed 110 finfish before deciding to reopen the area. This is slightly more encouraging than the shrimp figures, though I don’t know that 110 fish over an area the size of Connecticut will make anyone feel all that much better.