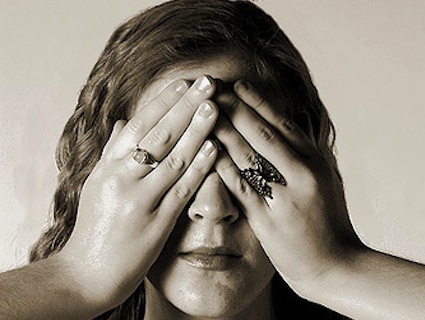 As the summer growing season draws to a close, 2011 is emerging as the year of the superinsect—the year pests officially developed resistance to Monsanto’s genetically engineered (ostensibly) bug-killing corn.

While the revelation has given rise to alarming headlines, neither Monsanto nor the EPA, which regulates pesticides and pesticide-infused crops, can credibly claim surprise. Scientists have been warning that the EPA’s rules for planting the crop were too lax to prevent resistance since before the agency approved the crop in 2003. And in 2008, research funded by Monsanto itself showed that resistance was an obvious danger.

And now those unheeded warnings are proving prescient. In late July, as I reported recently, scientists in Iowa documented the existence of corn rootworms (a ravenous pest that attacks the roots of corn plants) that can happily devour corn plants that were genetically tweaked specifically to kill them. Monsanto’s corn, engineered to express a toxic gene from a bacterial insecticide called Bt, now accounts for 65 percent of the corn planted in the US.

The superinsect scourge has also arisen in Illinois and Minnesota. “Monsanto Co. (MON)’s insect-killing corn is toppling over in northwestern Illinois fields, a sign that rootworms outside of Iowa may have developed resistance to the genetically modified crop,” reports Bloomberg. In southern Minnesota, adds Minnesota Public Radio, an entomologist has found corn rootworms thriving, Bt corn plants drooping, in fields.

Monsanto, for its part, is reacting to the news with a hearty “move along—nothing to see here!” “Our [Bt corn] is effective,” Monsanto scientist Dusty Post insisted in an interview with The St. Louis Post-Dispatch. “We don’t have any demonstrated field resistance,” he added, pretending away the Iowa study, to speak nothing those corn fields that are “toppling over” in Illinois and and Minnesota.

But the company’s denials ring hollow for another reason, too. Bill Freese, science policy analyst for the Center for Food Safety, alerted me to this 2008 study, conducted by University of Missouri researchers and published by the Proceedings of the National Academy of Sciences on this precise question of Bt corn and rootworms.

The first thing to notice about the study is that Monsanto is listed in the acknowledgements as one of the “supporters.” So this is Monsanto-funded research, meaning that he company would be hard-pressed to deny knowledge of it.

But such concerns were nothing new by 2008. From the early days of Bt-based GMOs in the ’90s, everyone—Monsanto, the EPA, independent scientists—agreed that farmers would have to plant a portion of their fields in non-Bt corn to control resistance. The idea was that, as bugs in the Bt portion of the field began to develop resistance, they would mate with non-resistant bugs from the so-called “refuge” patch, and the resistant trait would be kept recessive within the larger bug population and thus under control.

The contentious point involved how large these refuge patches would have to be. Monsanto insisted that 20 percent was adequate—that farmers could plant 80 percent of their corn crop with Bt seeds, and 20 percent in non-Bt seeds, and in so doing, avoid resistance.

But the majority of a panel of scientists convened by the EPA countered that the refuge requirement should be 50 percent—which would have, of course, eaten into Monsanto’s profits by limiting its market. The reason for the scientists’ concern, Freese explained, was that the corn plants express the Bt protein toxic to root worms at a low dose, meaning that a large portion of the rootworms survive contact with the plants, leaving them to pass on resistance to the next generation. With just 20 percent of fields planted in non-Bt crops, the scientists warned, resistant rootworms would eventually swamp non-resistant ones, and we’d have corn fields toppling over in the Midwest.

The minutes (PDF) of the committee’s Nov. 6, 2002, meeting on the topic documents their concerns. The majority of the committee’s members, the minutes state, “concluded that there was no practical or scientific justification for establishing a precedent for a 20 percent refuge at this time.”

I asked Freese why Monsanto didn’t simply engineer a high-dose version of its rootworm-targeted corn, since that would have lowered resistance pressure and thus addressed the panel’s concerns. “Well, from the start, the EPA pushed for a higher dose for the toxin,” he said. “My sense is that Monsanto came up with the best they could in terms of dose.” Freese stressed that industry rhetoric to the side, the genetic modification of crops turns out to be a rather crude process: The companies can’t always make the genes behave exactly as they want them to.

Nevertheless, the EPA registered the rootworm-targeted corn in 2003—and defied the scientific panel it had convened by putting the refuge requirement right where Monsanto wanted it: at 20 percent.

Jilted panel members, along with other prominent entomologists who hadn’t been consulted by the EPA, greeted the decision with anger and disbelief, as this May 2003 Nature article (behind a pay wall but available here) shows.”The EPA is calling for science-based regulation, but here that does not appear to be the case,” one scientist who served on the panel told Nature. Another added: “This is like the FDA approving a drug with flimsy science and saying to then do the safety testing… I don’t think that’s how you do science.”

Eight years later, Monsanto and the EPA have been proven wrong, and their scientific critics have been vindicated. Monsanto, meanwhile, booked robust profits selling its corn seeds without the burden of a 50 percent refuge requirement—and continues to do so today even as the tehnology fails.

So what happens now? Go here for my thoughts.