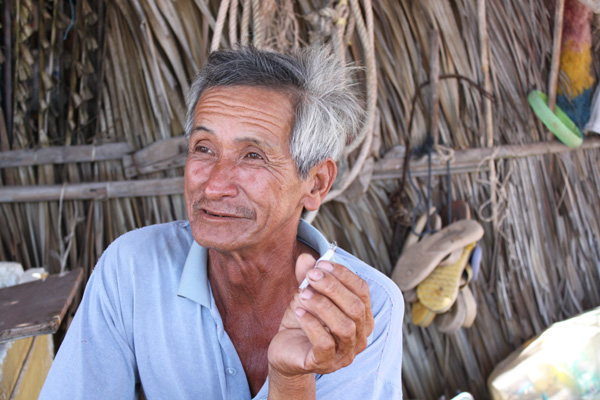 On Tuesday, I traveled to the edge of Vietnam’s Ben Tre Province, to the place where the Cua Ham Luong, a broad branch of the Mekong River, meets the South China Sea. We had to take a boat to get out here, wading through the warm waters to the flat, brown sand beach. And there, beyond a manmade sand wall, I met Pham Van The, a 60-year-old farmer out here at the edge of the earth.

Pham grows watermelons and a local variety of yellow melons here in the sandy soil, the vines creeping out from the ground in long rows. He used to have 5,000 square meters of farm, on land the government gave him. He’s been here for a quarter of a century, but in the past few years, the water has been creeping in on his farm. “The sea was swallowing it up,” he tells me, through a translator. In the last three years, it’s gotten much worse, threatening the small thatched building he and his family use while they’re out here working on the farm. Their home, at least, is about 3 kilometers inland and is safer from floods.

Pham has built a makeshift barrier against the seas out of sand and coconut fronds, which is littered with trash that’s washed ashore. The small wall provides some protection, but not enough. The floods still come in during very high tides, the worst of which come late October to mid-November. When those tides happen, he stays up all night, watching for the water to come in. If it gets too close, he adds more sand to try to save the farm.

I asked why he thinks the floods are getting worse. “I’m a farmer, I wouldn’t know how to predict it,” he says. “When it comes I deal with it.”

Pham is small and bronzed by the sun, and his face is expressive. He laughs easily, even while talking about the damage that’s been done to his farm. He hand-rolls tobacco as we talk under the shade of their workshop. The slightly salty breeze from the sea provides relief from the brutal mid-day sun. His wife, Duong Thi Hai, rests in the hut before going back out to the fields to water the crops.

The worst he and his wife have seen was when Typhoon Durian—a storm named after the pungent southeast Asian fruit—ripped across the southern coast of Vietnam in 2006. They were out at the farm when it made its way to land. “I couldn’t grab anything,” he says. “I just grabbed my wife’s hand and was like, ‘You have to follow me! Don’t go anywhere else, or we’ll die.'” They ran inland, and neighbors with boats pulled them to safety.

I visited his house with Nguyen Thanh Lap, the vice director of Thach Phu Nature Reserve based in this district. Along with other local officials, Lap is in charge of a project to plant mangroves and other trees along the coast, in hopes that it would provide a better barrier for farmers like Pham. They’re currently trying to convince Pham and his neighbors to take part in the project.

“If there was forest here, it would stop the wind, stop the tides, protect their land,” Lap tells me. But the trees take a long time to grow, and the farmers here already working with limited space fear losing profitable farmland to the trees. While the government does provide some compensation for planting and caring for the trees, it’s not as much as they’d make on melons.

“It’s hard to convince them to give up this short vision for a long one,” says Lap.

Pham says he’s been persuaded of the value of the proposal, but they still have to bring the 15 other farmers in the area to consensus on the project before it can go forward. In the meantime, they’ll keep fighting back the tides themselves.

“I’m going to hold up against it if God is kind,” says Pham. “If he’s harsh, I will have to retreat.” 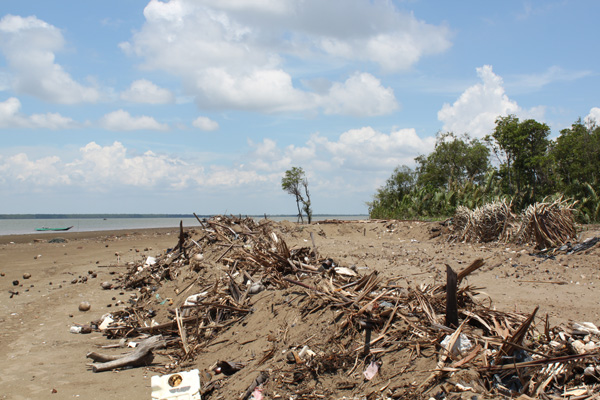 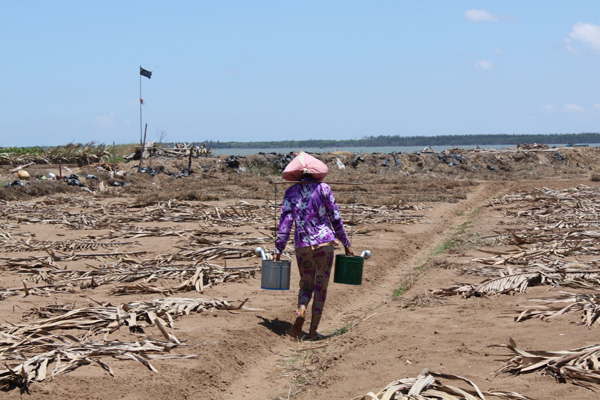 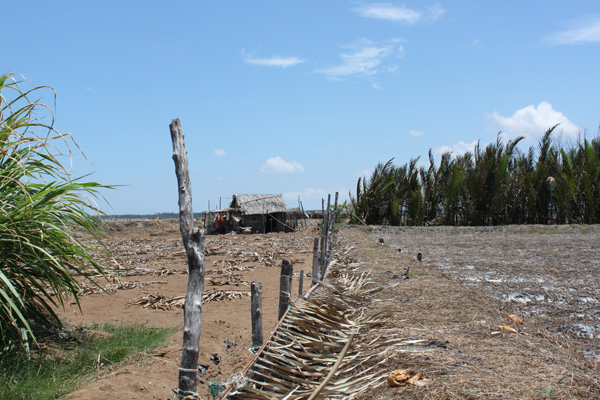