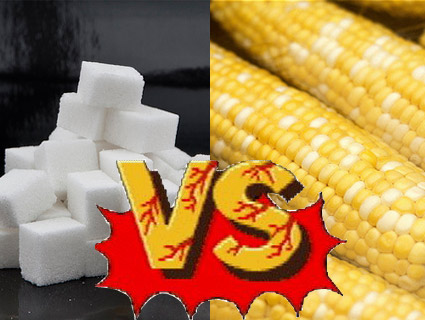 Whoa! Did the Corn Refiners Association (CRA) seriously just put out a press release using our just-published exposé, “Big Sugar’s Sweet Little Lies,” as a cudgel in its court battle royale with the sugar industry? Why yes, it did. And I quote:

In court documents filed yesterday, attorneys for the U.S. sugar industry tried to deny that The Sugar Association is deceiving consumers into believing that processed table sugar is safer and more healthful than high fructose corn syrup, even as several recent media stories revealed they are funding secretive campaigns to attack HFCS and other sweeteners.

In the newest issue of Mother Jones, the cover story “Sweet Little Lies” chronicles the sugar industry’s decades-long use of paid-for allies to mislead the news media, public and regulators through front groups and questionable science. Just weeks ago, a Bloomberg investigative reporter revealed that The Sugar Association has recently paid $300,000 to the phony consumer group, Citizens for Health, to launch petitions and other sponsored activities to stir-up baseless consumer concerns about high fructose corn syrup.

A little background: The CRA represents conglomerates like ADM and Cargill that market high-fructose corn syrup. HFCS has lost market share as many consumers came to view it a nutritional demon, and some food makers replaced it with “real sugar” or bogus euphemisms such as “evaporated cane juice.”

The result has been a pitched marketing battle between Big Sugar and Big Corn, complete with lawsuits and countersuits. In May, the FDA rejected a motion by the corn refiners to relabel HFCS as “corn sugar.” Meanwhile, the Sugar Association, which represents producers of regular sugar (sucrose), has taken the corn conglomerates to court over their advertising claims. As the association notes in an October 30 press release:

The advertising originally challenged by sugar farmers was aimed at convincing the public that HFCS is “natural” despite the fact that it is produced with advanced technology that transforms corn starch at the molecular level; HFCS is really just a “corn sugar” even though the FDA has long reserved that term for an entirely different sweetener with no fructose in it; and that “your body can’t tell the difference” between HFCS and sugar, although numerous scientists have published research supporting the opposite conclusion.

The conglomerates sued back, claiming that Big Sugar is trying to infringe on their free speech. On the first two points above, the Sugar Association is essentially right: “Natural” is widely and misleadingly employed as a marketing term, and HFCS is a very different product from, say, Karo corn syrup, which is mostly glucose. But as for its third point (which is more to the point here), there isn’t much evidence that HFCS is any worse for us than sugar. (See Kiera Butler’s “Is Sugar Really Healthier Than Corn Syrup?”) Scientists looking into the health effects of eating too much sugar treat them interchangeably.

On Reddit yesterday, a reader asked Gary Taubes, the coauthor of “Big Sugar’s Sweet Little Lies,” about the difference between HFCS and sugar. This was his response:

I’ve argued in the past that high-fructose corn syrup and sucrose (what we typically mean when we refer to sugar) are effectively identical—nearly 50-50 combinations of fructose and glucose—and the research on metabolic effects, short term as it is, has tended to support this. Michael Goran of USC and his colleagues have recently reported that the HFCS used in sodas, for instance, may be as high as 65 percent fructose when it should be only 55 percent. And some researchers—Goran among them—have argued that the fact that the glucose and fructose in HFCS are not bonded together, as they are in sucrose, also has a meaningful metabolic/hormonal effect in the human body. This could be true, in which case HFCS might be more deleterious than sucrose. The question would then be how much more and is that difference significant? If we replaced all the HFCS consumed in America today with sucrose would it lead to a meaningful reduction in the incidence of obesity and diabetes? (This is what’s implied by those manufacturers who advertise “No HFCS” as a selling point on their products and merely replace the HFCS with sucrose or some other fructose-glucose combination.) I doubt it, but it’s possible. One of my fears is that by demonizing HFCS, this will be the end result. At the moment my null hypothesis is that sucrose and HFCS are equally deleterious. And I’ll accept that HFCS might be marginally worse—it’s possible—but I don’t know if that translates to a meaningful effect in humans.

Which is why the CRA’s press release is so surreal. The corn refiners should be sending flowers, not subpoenas, to the Sugar Association. After all, the association’s decades-long campaign to bury evidence suggesting that its product plays a role in the “death-dealing diseases”—as revealed in our story—has benefited the makers of HFCS as well.

If the corn refiners imagine that our exposé somehow left them looking good, well, I’ve got some evaporated cane juice to sell them.