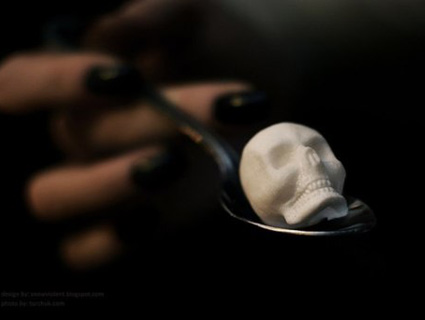 A new study published in the open-access science journal PLoS One offers some of the strongest evidence yet associating sugar, independent of other diet and lifestyle factors, with type 2 diabetes—a link that the sugar industry has sought for decades to debunk.

The study’s four authors, including Robert Lustig of the University of California-San Francisco, examined data on sugar intake and diabetes prevalence in 175 countries “controlling for other food types (including fibers, meats, fruits, oils, cereals), total calories, overweight and obesity, period-effects, and several socioeconomic variables such as aging, urbanization and income.”

For each bump in sugar “availability” (consumption plus waste) equivalent to about a can of soda per day, they observed a 1 percent rise in diabetes prevalence. This is a correlation, of course, and correlation does not necessarily equal causation. On the other hand, as the authors note in a lay summary, this “is far stronger than a typical point-in-time medical correlation study.”

“No other food types yielded significant individual associations with diabetes prevalence after controlling for obesity and other confounders,” the PLoS article states. “Differences in sugar availability statistically explain variations in diabetes prevalence rates at a population level that are not explained by physical activity, overweight or obesity.”

The correlation, the authors also reported, was “independent of other changes in economic and social change such as urbanization, aging, changes to household income, sedentary lifestyles, and tobacco or alcohol use. We found that obesity appeared to exacerbate, but not confound, the impact of sugar availability on diabetes prevalence, strengthening the argument for targeted public health approaches to excessive sugar consumption.”

Of course, these public health approaches, such as New York City’s bitterly contested recent ban on the sale of large sodas, are anathema to the sugar industry. As Gary Taubes and Cristin Kearns Couzens revealed in a recent investigative piece for Mother Jones, the industry’s leading trade group, the Sugar Association, has worked for decades to avoid just this sort of scrutiny and regulation—bankrolling sugar-friendly researchers, whose opposing conclusions have stopped federal regulation in its tracks. The New York Times food writer Mark Bittman, who wrote about the diabetes study in his column today, described the Taubes/Couzens exposé as “splendid.” Click here to read “Big Sugar’s Sweet Little Lies.”

Correction: Some scientist readers have pointed out that I overstated the study’s findings. Upon reflection, they’re right. I have revised the language and headline so as to no longer imply that the study demonstrates causality.