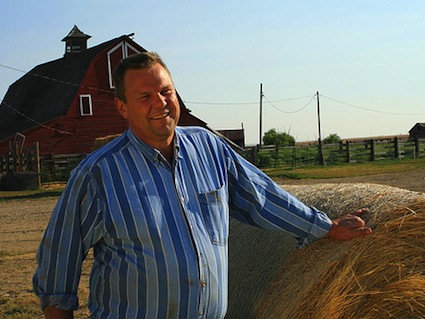 Last summer, the House agriculture appropriations subcommittee inserted an odd provision into a 90-page ag appropriations bill—one that had something to do with money, but nothing to do with the matter at hand, federal appropriations. In what became known as the biotech rider, the provision would have allowed the planting of genetically modified crop varieties even if a federal judge rules that they have been approved by the USDA improperly—as happened, for example, in 2010, when a federal judge issued an injunction against the planting of Monsanto’s Roundup Ready sugar beets on the grounds that the USDA had approved them without a substantial environmental review.

In a post last year, I laid out why such protection is so important to the handful of companies that dominate ag biotech: Monsanto, Syngenta, Dow Agrosciences, BASF, Bayer, and Pioneer (DuPont). Short story: Their current products are failing, hounded by weed and insect resistance, and they need to get their next-generation products—which are really just intensified versions of their currents ones—to market as quickly as possible. Lawsuits and court rulings on environmental grounds can only gum up the works.

Well, the biotech rider failed last year, but now it’s back—showing up this time in another bill that has nothing to do with the regulation of ag biotech, the Senate’s Continuing Resolution. This monster piece of legislation is necessary to fund the government once the next (absurd) fiscal deadline hits March 27. The rider in question can be found lurking on page 80 of its 587 pages (it’s section 735).

Sen. Jon Tester (D-Mon.), whose organic family farm makes him the Senate’s only working farmer, delivered a scathing speech against the rider on the Senate floor Wednesday before sponsoring an amendment that would nullify it. “Not only does this ignore the Constitution’s idea of separation of powers, but it also lets genetically-modified crops take hold across the country—even when a judge finds it violates the law,” he declared.

In his remarks, Tester stressed that the source of the rider is murky—there’s no way to find out which senator inserted it. “I don’t know who authored this provision,” he said. “Maybe someone in Washington knows, but no one is willing to put their name to it. And that’s a shame.” I put calls into the offices of a couple of potential suspects, and got nowhere.

Tester also noted that yet another agribiz-friendly provision made it into the bill, one that would give “enormous market power to America’s three largest meatpacking corporations while stiffing family farmers and ranchers.” The provision, explained in more detail on the National Sustainable Agriculture Coalition blog, would override previous legislation and denies poultry and livestock producers the benefit of the the Packers and Stockyards Act, which seeks to give farmers a fair shake against the might of the few companies that dominate meat processing and can use their market power to shape the price they pay for hogs, steers, etc.. “The additional rider language is disastrous for producers and sets a terrible precedent for future appropriations bills,” NSAC’s blog states. The Montana senator has introduced a separate amendment that would nullify this provision as well.

How do such blatant sops to agribusiness make it into unrelated budget bills? Given that it’s “sunshine week” in Washington, it’s worth having a look at the lobbying heft of of two potent agribiz sectors.

Via Open Secrets, here is the recent lobbying outlays of the “Ag Services and Products” industry:

And a few key companies in 2012 (Croplife America is a mjor ag-biotech industry’s trade group; here‘s a good description of what the American Farm Bureau Federation is all about).

And here’s the same for “Meat processing & products”: