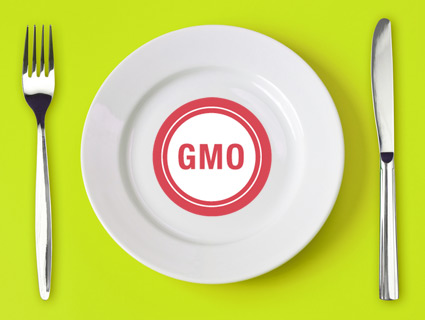 The GMO seed giant Monsanto recently flexed its muscles in Congress, working with a senator to sneak a friendly rider into an unrelated funding bill. Now it appears to be having its way with the Academy of Nutrition and Dietetics. As the New York Times reports, a dietician who’d been working on crafting the group’s GMO policy claims she was pushed aside for pointing out her colleagues’ links to Monsanto.

The controversy started during last fall’s highly contested battle over a ballot initiative that would have required labeling genetically modified food in California. The prestigious dieticians’ group was incorrectly listed by the official state voters’ guide as one of the scientific organizations that had “concluded biotech foods are safe.” Actually, the AND had taken no position on the issue, but it promised to come out with a position paper on it. (The ballot initiative ultimately failed.)

As part of the process of generating a position paper, the group appointed seven members to what it called the Advanced Technologies in Food Production working group. That’s when things got hairy. Two of the members, it turned out, had ties to Monsanto. One was a “dietitian who operates a farm in Maryland, [who] won a $5,000 prize from Monsanto and is a test farmer for the company,” the Times reports. The other serves as senior vice president of the International Food Information Council, a group whose funders read like a roster of Big Ag and junk-food corporations, ranging from Monsanto, Bayer Cropscience, and Cargill to Coca Cola, Red Bull, Pepsi, and Dr. Pepper Snapple Group. Several of the International Food Information Council’s donor companies also contributed heavily to the $45.6 million effort to defeat California’s GMO ballot initiative.

One panel member, Carole Bartolotto, a dietician for Kaiser Permanante, had the temerity to point out her colleagues’ potential conflicts of interest to the academy’s leadership. The result? Bartolotto found herself purged from the committee, while the two Monsanto-connected panel members maintained their positions.

Bartolotto had written a blog post in favor of California’s GMO labeling initiative, but that wasn’t the reason cited for her sacking. Rather, the academy pointed to her failure to reveal a consulting practice she’d listed on her blog. According to Bartolotto, that’s flimsy reasoning, because her “consulting practice” is purely theoretical. “I didn’t list it because I didn’t think it was an issue at all,” she told the Times. “I created the link because at some point, I think it would be nice to have a consulting business, but right now, I work full time and don’t have time to have one.”

Meanwhile, the Times reports, the academy has hired a vocal opponent of California’s labeling initiative to write its GMO position paper: Christine M. Bruhn, a professor at UC Davis’ Food, Science and Technology program. And the whole flap over the Advanced Technologies in Food Production work group is apparently purely academic: Bruhn will write the final report even before the working group finishes reviewing the literature.

To summarize, at the nation’s most prestigious dieticians’ group, failure to disclose a non-existing consulting business is enough to get you bounced from making policy on GMOs, but ties to the GMO industry aren’t. It remains to be seen what position the Academy of Nutrition and Dietetics GMO paper will take, but this is shaping up to be another victory for Monsanto.