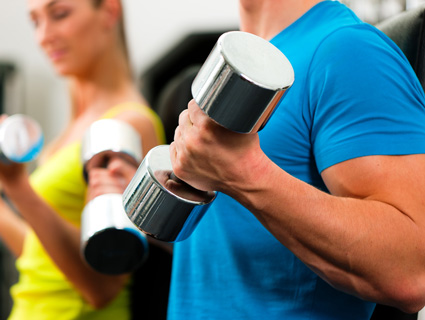 In a glittering example of industry setting its sights on solving the great problems of humankind, you can now buy workout clothes spiked with “moisture-wicking” nano silver—microscopically tiny silver particles that kill bacteria and (as one company puts it) “help counter the formation of unpleasant sweaty odours.”

But what are the consequences of our allegedly stench-free gym sessions? Before the apparel industry started spiking socks and even underwear with silver bits, you might assume the Environmental Protection Agency had thoroughly vetted the technology for unintended ecological consequences. Turns out, not.

In a new report, the Natural Resources Defense Council looks at the EPA’s system for vetting new pesticides, a category that includes nano silver, since it exists to kill pesky bacteria. Result of NRDC’s analysis: About 65 percent of the 16,000 pesticides legally in use made their way through the EPA without undergoing rigorous vetting for potential human and environmental harm, as they are required to under the Federal Insecticide, Fungicide, and Rodenticide Act (FIFRA). The always-ahead ETC Group first sounded the alarm about nanotechnology a decade ago, in a 2003 report titled “The Big Down.”

By law, to grant an active ingredient conditional registration, the EPA must determine that 1) the registrant did not have sufficient time to generate the required data because not enough time has passed since the data requirement was imposed; 2) the use of the pesticide during this time will not cause any unreasonable adverse effect on the environment; and 3) the use of the pesticide is in the public interest, such as to prevent a disease outbreak.

Congress intended conditional registration to be used “in special situations such as allowing new pesticides on the market to address a public health emergency,” NRDC reports. Instead, it’s being used to give the go-ahead to products that make your socks and underwear smell better after a gym session. And companies were meant to quickly produce data to prove that the provisionally approved products are safe and ecologically benign. Instead, well, here’s NRDC:

The EPA’s database is seriously disorganized. Once a pesticide is conditionally registered, the EPA does not have a system to track the data it had requested as a condition of the registration. In addition, the agency does not follow whether those data were received, what the data show regarding the pesticide’s potential for harm or other aspects of the registration decision, or what, if any, changes were made in response to the received data. These problems suggest that conditional registrations may last many years with no trigger to remind the EPA to review the status of the required studies or assess their meaning.

Nano silver leaches from clothes when they’re washed, ending up in the wastewater stream and eventually in farm fields.

As nano silver becomes more ubiquitous in consumer products, major questions about it have arisen. For example, it—surprise, surprise—leaches from clothes when they’re washed, ending up in the wastewater stream and eventually in farm fields, where it could cause “long-term damage” to vital soil microbiota. But as NRDC shows, the EPA has no good system in place to assess these and other concerns about nano silver.

NRDC also points to the bizarre path through the EPA taken by Bayer’s now-ubiquitous neonicotinoid pesticide clothianidin, widely used on the vast US corn and soy crops and widely suspected of harming bees, birds, and nonpest insects. The USDA granted it conditional registration in 2003, dependent on, “among other things, the submission of a field study of the effects on bees by 2004.” Bayer came up with the field study three years late—and it was “so poorly undertaken that the EPA considered it to be invalid,” NRDC writes. The EPA’s response? Puzzlingly, it granted clothianidin full registration in 2009, even though Bayer had never completed the requirements of conditional registration. (If you want to dig into the details, check out this article I wrote on the topic in 2010.) Meanwhile, evidence of disastrous ecosystem harm from Bayer’s product has been piling up.

Given that 65 percent of pesticides now on the market came in under partial registration, it’s fair to say that what Congress intended as the exception has become the de facto rule, a “wide loophole that pesticide manufacturers use to get many products onto the market before they are proven safe to the public.”