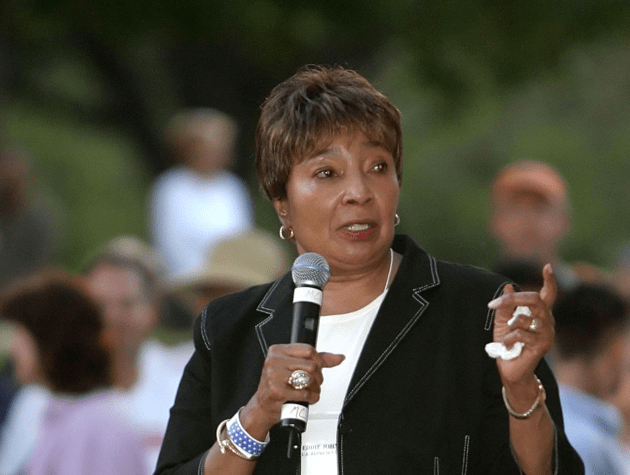 Congress is getting ready to pass a farm bill—the $500 billion piece of legislation that funds agriculture and nutrition programs—that will cut funding for food stamps. As Mother Jones reported last week, Democrats in the House are considering banding together to derail the bill entirely, thus preserving nutrition funding at its current level. Support for that idea is building.

The House and Senate are currently negotiating a compromise farm bill that will contain food stamps cuts somewhere between the $4 billion the Senate wants and the $40 billion the House wants. (These cuts will come on top of the $5 billion in funding reductions to food stamps that went into effect at the beginning of the month as extra stimulus money for the program expired.) On Thursday, Reps. Alcee Hastings (D-Florida) and Eddie Bernice Johnson (D-Tex.), co-chairs of the Congressional Homelessness Caucus—a group of House lawmakers devoted to policies that help the extremely poor—signaled that they are drumming up support for no votes on any compromise bill. The two lawmakers asked members of the caucus to sign a letter to the House and Senate agriculture committees opposing any cuts to the food stamp program, called the Supplemental Nutrition Assistance Program (SNAP).

“For those living without permanent housing, everyday life is extremely difficult,” the lawmakers say in the letter. “SNAP benefits provide these individuals with a limited opportunity to obtain nourishment.”

House Democrats wager that if enough House Republicans vote against a final farm bill because they think the food stamps cuts are not deep enough, only a small group of Dems will need to also vote against the bill in order to kill it. In this case, food stamps would continue to be funded at current levels.

There is precedent for this idea: the last food stamps battle. In June, the House failed to pass a farm bill that cut $20 billion from SNAP because 62 conservative Republicans thought that wasn’t enough and 172 Democrats thought the reductions were far too deep. This time around, food stamps funding will probably be cut by around $10 billion in the farm bill, according to a Democratic aide. That means far more GOPers will vote against the bill. The more Republicans that House Speaker John Boehner loses, the more Dems he’ll need to pass the farm bill. If Democrats don’t play ball, they’ll win—which could keep thousands of Americans from destitution. “For many families with limited resources living close to or at the poverty level,” Hastings and Johnson write in the letter, “cuts to food benefits [would] force them to choose between food and rent.”