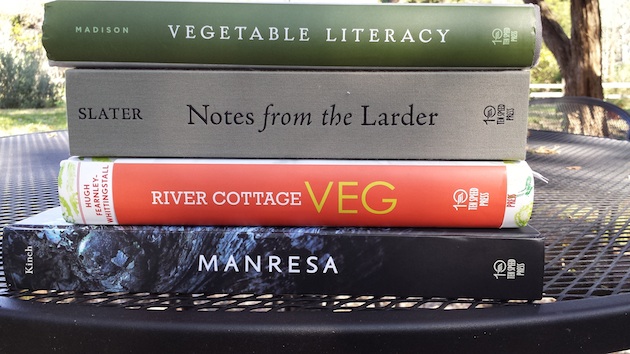 Like a marvelous baguette half eaten and left out, the golden age of American cookbooks opened with a flourish—the 1962 publication of Julia Childs’ Mastering the Art of French Cooking—and then went stale over time. The impulse to create “authentic” versions of dishes from faraway lands turned into a mania. Then, celebrity chefs got into the act, churning out high-minded tomes that seemed to presume one had a brigade of prep cooks on hand. For me, the turning point came in 2004, when I left New York City and moved to a farm in rural North Carolina. I brought along my  copy of Jeffrey Alford and Naomi Duguid’s exacting and brilliant Hot Sour Salty Sweet: A Culinary Journey Through Southeast Asia, but my will—and ability—to chase down South Asian ingredients eventually waned (coriander root in Boone, N.C.?). Something similar happened with Daniel Boulud’s Cooking With Daniel Boulud and its fussy techniques. Moreover, in the scrum of farm work, the patience to attack a tower of dirty pots for a single meal also dwindled. Simplicity and seasonality came to the fore. I grew tired of cookbooks, even though I had largely learned to cook from them.

Then, two years ago, I identified a new wave of the genre, one driven by writers who are tied to their surrounding foodsheds and dedicated to simple technique without sacrificing flavor. These writers have reenchanted the form for me, and 2013 was another banner year. Here are my favorites. 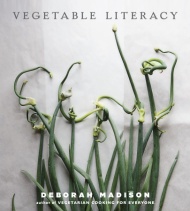 Any chef will tell you that meat is easy: You sear the tender cuts and slow-cook the tough ones. Vegetables are where cooking gets tricky—and interesting. Deborah Madison, founding chef of the pioneering San Francisco vegetarian temple Greens (launched 1979), is our foremost authority on the topic. She has come out with a masterpiece, a gorgeously illustrated, recipe-laden cook’s almanac of the vegetable kingdom. The book is structured like an encyclopedia—the 12 chapters span the entire vegetable kingdom, from the carrot family (which includes celery, parsnips, and parsley) to brassicas (cabbage, kale, broccoli, etc.) to grasses (grains) and legumes (peas and beans). Each opens with a brief, information-packed essay, including anecdotes from a life spent in the kitchen as well as gardening and cooking tips. And then it’s recipes, the great majority of them dead-simple and illustrated with photos  that will send you clamoring out to the garden or the farmers market and back to the kitchen. This is the book I’ll be reaching for when I’ve gone crazy at the market and wonder, what am I going to do with all these turnips?

Great gift for: Anyone who loves cooking, vegetarian or omnivore

Dish I’m dying to try: A new-millennium carrot cake—one that’s single-layered, bolstered with ground almonds, and adorned with ricotta cream instead of the “obligatory pavement of cream-cheese frosting.” 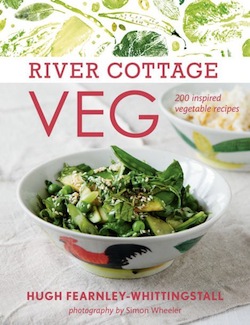 UK chef Hugh Fearnley-Whittingstall has emerged as a classic-cookbook-generating machine—2013 marks the third straight year that his latest model has made my best-of-year list (see 2011 and 2012). He established his bona-fides with the magisterial River Cottage Meat Book, tattered copies of which have found a place in many an omnivore’s kitchen since its 2007 US debut. But alongside his devotion to sustainably produced meat, Fearnley-Whittingstall has always insisted that the vegetable kingdom, not the animal one, should take precedence on the plate. And as he showed in the quirky, irresistible River Cottage Every Day (2011), he has a gift for coming up with practical recipes for harried home cooks. His new book delivers more of the same, this time strictly for vegetable-based dishes. It’s set up for someone looking to plan a week’s family meals—chapter headings include “Bready things” (pizzas, sandwiches, and wraps), “Hefty soups,” and “Pantry suppers.” Yet it has things to teach even a veteran cook like me—for example, to get a flavorful vegetable stock in just 10 minutes of simmering, grate the carrots, onion, and celery first.

Great gift for: A family of tentative cooks looking to eat healthier 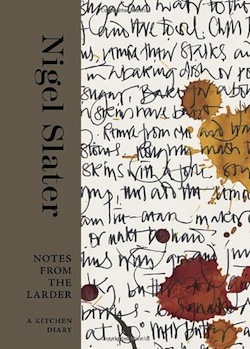 Notes From the Larder

Masterful gardeners can come off as boastful and off-putting when they write about their home-grown kitchen exploits, flaunting their perfection and hinting that anything less just won’t do. In his 2011 book Tender: A Cook and His Vegetable Patch (which made my list in ’11), UK food writer Nigel Slater avoids that trap—even though his London flat’s backyard has one of the most gorgeous and charming culinary gardens I’ve ever seen (to judge from the photos of it included in the book). It’s through his gentle, encouraging prose that Slater manages to make you want to get your hands dirty in garden and kitchen alike—that, and his simple, ingenious seasonal dinner ideas. His latest, a yearlong “kitchen diary with recipes,” has won me over as well. I love it because it gives you a view into a master home cook’s thinking process—how he goes from “what’s on hand” to “what’s for dinner,” over the course of four seasons. Sometimes it’s bluntly simple, like the November evening after Slater spent hours putting his garden to bed for winter: He describes whipping up a plain miso soup, and adds, “And then I attacked the cheese and wine.” Most entries are more elaborate, but never too elaborate—like the late-summer night when he salvages what’s left of his tomato crop, which is beginning to wither in the rain, in an easy baked dish with chicken thighs, olives, and garlic. Altogether, the entries sum up to a kind of meandering portrait of a well-lived London life—and a useful cookbook to boot.

Great gift for: That friend of yours who loves to cook and to read about it, too 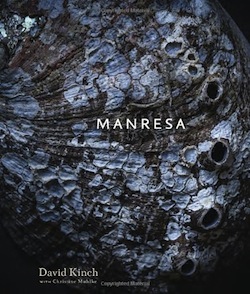 I don’t have much appetite for the classic chef’s opus—a gaudily illustrated, absurdly oversized document of some wizard’s culinary Xanadu. What’s in it for me, when I’ll never have the ambition to either attempt to cook the high-wire dishes at home, or the coin to experience them in person? David Kinch’s tribute to his farm-to-table temple Manresa in Northern California’s Santa Cruz Mountains bears all the hallmarks of the genre, but it won me over all the same. It did so after I had been idly leafing through the sumptuous photographs and marveling at the complexity of the recipes: the rhubarb foam that gilded a dish of rhubarb jam and mint granita, the black truffle (retail price: about $150) deemed necessary for an “old-fashioned omelet” for four. “Yum,” I sighed, preparing to close the book and forget it.

Then I happened upon the preamble to a dish called “Into the vegetable garden…” Kinch introduces it as an homage to the celebrated French country chef Michel Bras, who, back in the 1970s, on his daily run through the countryside on a day when the hills were “in full bloom,” decided to “try to translate the fields.” And thus, Kinch reports, a “local dish of ham and potatoes” turned into “a garden’s worth of herbs and vegetables—raw and cooked, cultivated and foraged—at all stages of growth, from stem to flower.” Anyone, I think, who cooks passionately and has fallen in love with a piece of farmland has felt that stir, that ambition to “translate” the beauty of a field at the height of its fecundity onto the plate. I have. And so I read, rapt, Kinch’s Bras-inspired recipe in tribute to the small farm that he collaborates with in California. The dish combines multiple elements: “dirt” of dehydrated, ground root vegetables; root-vegatable purees; gently cooked vegetables; shaved raw ones; a riot of edible flowers; and, as a final flourish, a “dew” of champagne vinegar emulsified with an elaborate vegetable broth. The preparation is utterly absurd and I doubt I’ll ever try it, but  loved imagining it, and it drew me into Kinch’s quirky project and made the rest of the book an irresistible read.

Great gift for: An aspiring young chef or a farm-loving aesthete of any age

Killer dish: I didn’t have the guts to try a single one.

An idiosyncratic, not-too-chefy guide to pizza, pasta, and vegetables from the creators of the instant-classic hipster canteen in Bushwick, Brooklyn.

A brisk survey of the Iberian culinary landscape, with fresh takes on classic preparations.

The Art of Simple Food II: Recipes, Flavor, and Inspiration from the New Kitchen Garden, by Alice Waters

In a follow-up to her 2007 compendium of home cooking (which I reviewed here), the Berkeley legend and doyenne of sustainable cooking delivers her wisdom on transforming the bounty of a well-tended garden into unfussy, delicious meals.